CLOUT, the Citizens of Louisville Organized and United Together asked city leaders like JCPS Superintendent Dr. Marty Pollio to commit to putting restorative practices in 10 more schools by the 2019-20 school year. 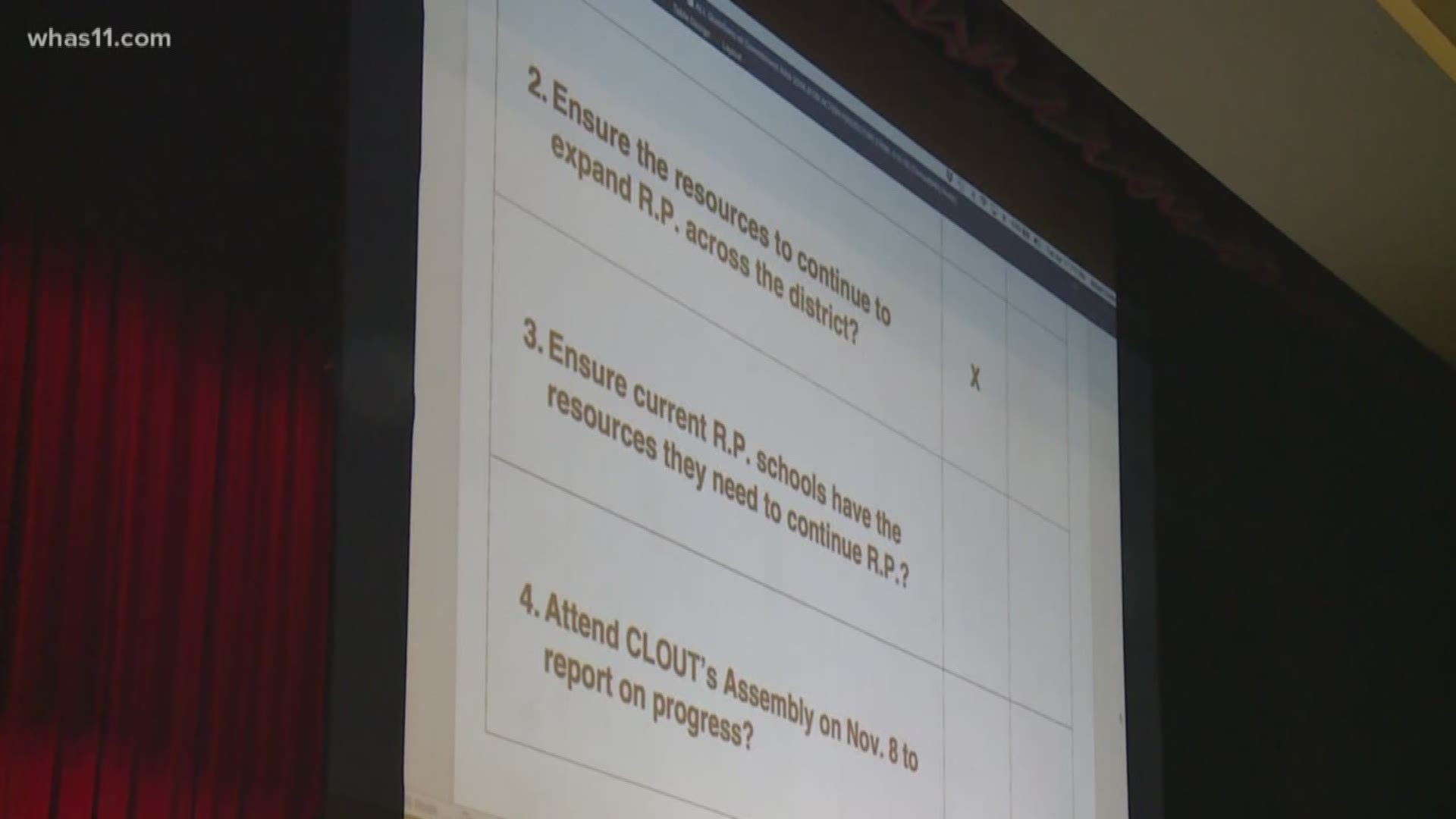 LOUISVILLE, Ky. (WHAS11) – It was a crowded auditorium Tuesday night, as hundreds from the organization, CLOUT, offered their solutions for some of Louisville Metro’s most critical problems: affordable housing, mental illness and school safety.

CLOUT, the Citizens of Louisville Organized and United Together asked city leaders like JCPS Superintendent Dr. Marty Pollio to commit to putting restorative practices in 10 more schools by the 2019-20 school year.

“Versus suspending kids, finding other ways and other means of disciplining them and making sure that they can stay in school and remain in school and get the education that they need and the support that they need,” CLOUT’s Co-President, Reverend Reginald Barnes, explained.

CLOUT also asked Metro Council members to add $10-million to the city budget for affordable housing, to help the thousands of families afford their rent or mortgage.

“I think it's a good possibility,” Metro Council President, David James explained. “Because we need to. We have people that are living in cars and it's unacceptable in a community, especially in a community that claims to be compassionate, so we have to find a way to do it.”

The faith-based organization also pushed for de-criminalizing techniques, like offering a "living room," not a jail cell to addicts or people with mental illness.

“It's designed to give those who need assistance, when they're brought there, to feel comfortable, and to feel safe and to feel like they're at home in some ways. And then Centerstone would be there to assess and work on a referral plan and treatment plan,” explained County Attorney Mike O’Connell.

Metro Council members raised their hands, as their sign of commitment to try and put these solutions into action. CLOUT asked the city leaders to come to their next meeting in the fall with a progress report.