The new green space is located outside of Old Forester's Paristown Hall. 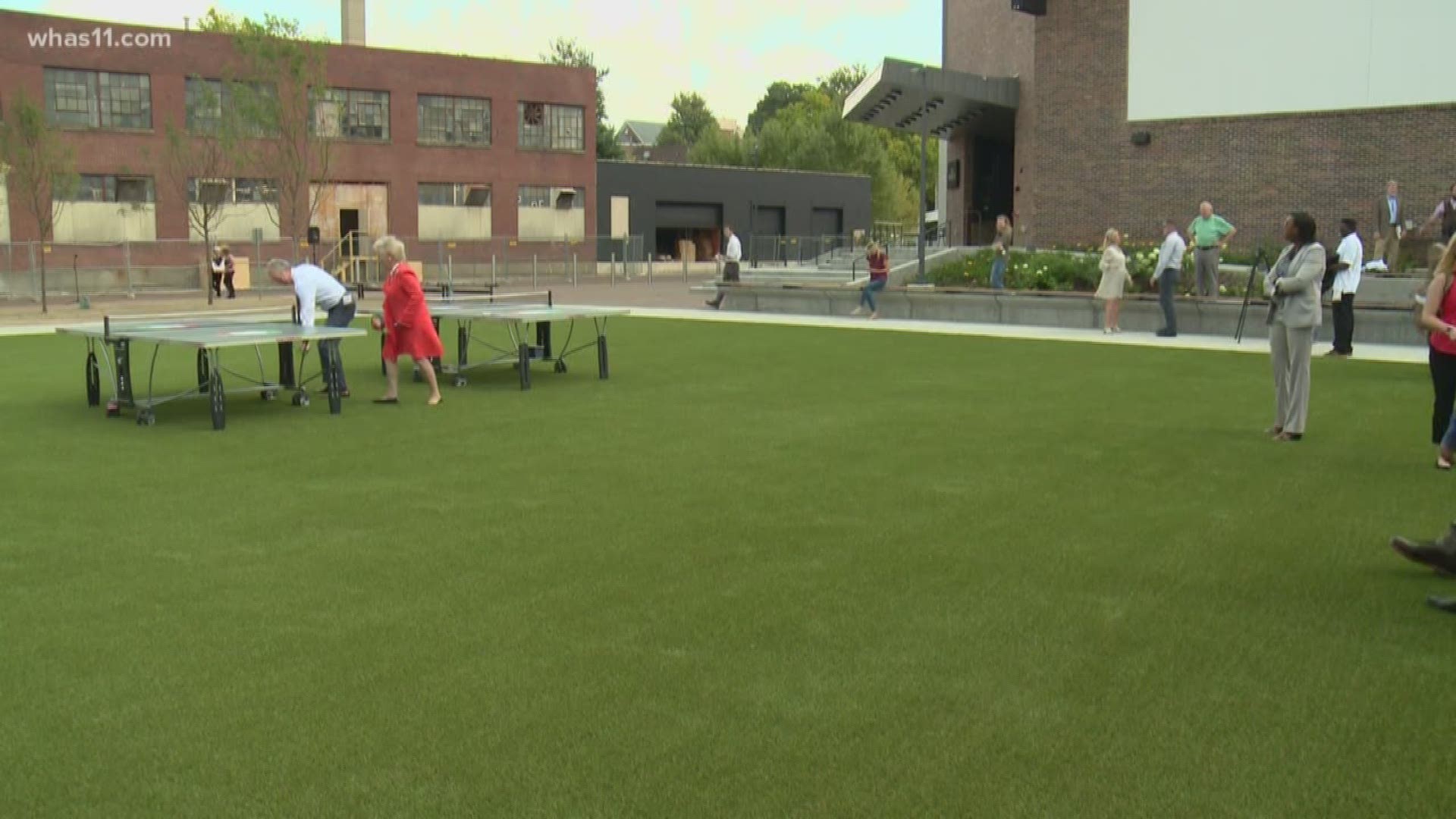 The Kentucky Center joined city leaders on Tuesday to open the new garden and event space outside Old Forester’s Paristown Hall in the neighborhood between East Broadway and Barret Avenue.

Known as Christy’s Garden, it’s named in honor of Christy Brown who had the vision for the project.

Christy Brown even joined Mayor Greg Fischer to enjoy some ping pong in the space.

RELATED: First look inside Paristown Hall ahead of opening night