Officer Meacham's wife and third-grade daughter were inside the vehicle when he was stopped and shot. 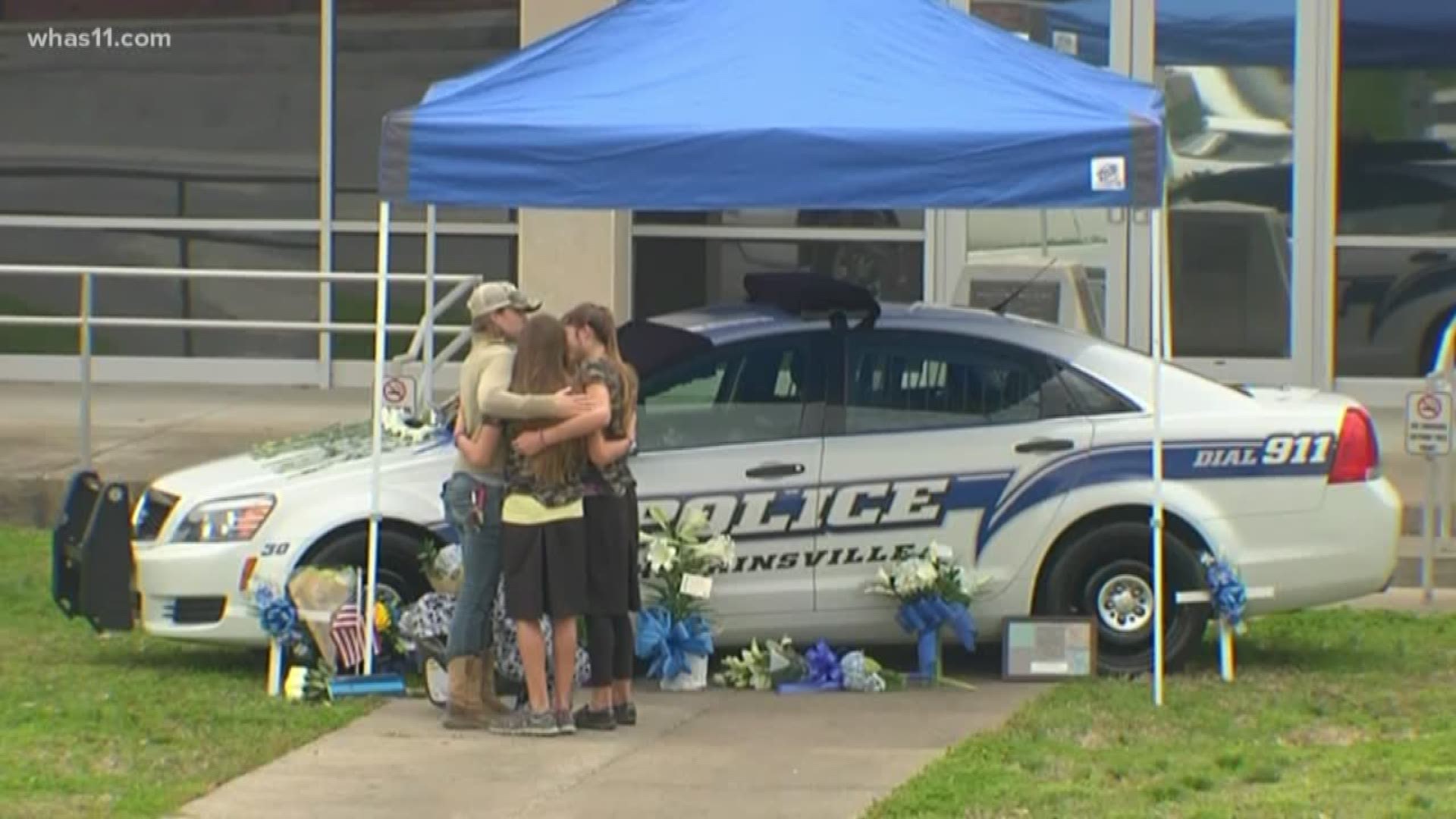 HOPKINSVILLE, Ky. (WHAS11) -- Hopkinsville Police Officer Phillip Meacham was two months shy of his one year anniversary with the city police department when he was shot and killed Thursday.

He previously worked for the Christian County Sheriff's Office for 12 years.

"We just ask people around the state to keep the Meacham family in their prayers please and what they are going through," Christian County Steve Tribble told WHAS11.

Tribble says Meacham is the first law enforcement officer to be killed in the county in more than 30 years. He also officiated Meacham's wedding.

"I've known this young man since he was in high school. I know his mother well, his dad well, his grandparents. We are a small town here and everybody knows everybody," he said.

Tribble says Meacham's wife and third-grade daughter were inside the vehicle when he was stopped and shot. His daughter was sitting in the back seat, telling investigators at the hospital what she saw.

"Last night in the hospital she was pointing to her chest. Of course, she was very emotional and said that man shot my daddy in the chest," Tribble described.

Hopkinsville Police say James Decoursey pretended to be a police officer, pulled Meacham over in his personal vehicle and shot and killed him. Decoursey was shot and killed overnight Wednesday during an encounter with police in Clarksville, Tennessee about 40 minutes south of Hopkinsville.