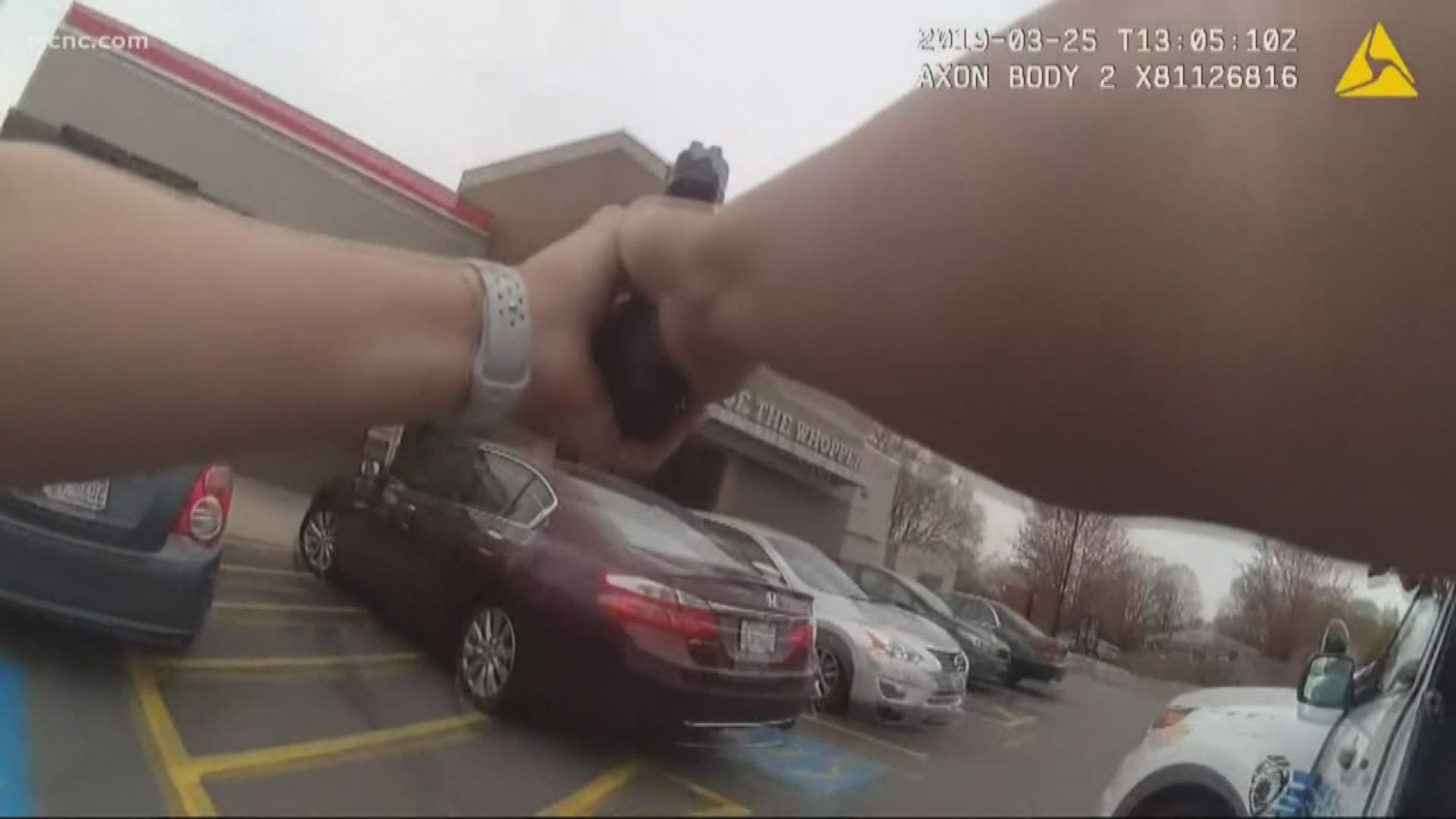 CHARLOTTE, N.C. — The family of Danquirs Franklin has filed a formal complaint against the Charlotte-Mecklenburg Police Department in connection to the officer-involved shooting that left the man dead.

The Citizens Review Board voted Tuesday to move forward with an evidentiary fact finding hearing in the shooting death of Franklin after finding substantial evidence of an error in the police department’s justification of the shooting.

Franklin was shot by a Charlotte-Mecklenburg Police Department officer outside the Burger King on Beatties Ford Road on March 25. The officer, identified as Wende Kerl, ordered Franklin to drop his weapon multiple times before opening fire when she perceived a threat.

More than seven months after the shooting, CMPD announced in November Kerl returned to work in a full-time, non-patrol, investigative role at headquarters.

After the shooting, CMPD placed her on administrative leave as per standard protocol pending a criminal and internal investigation.

The criminal investigation cleared Kerl of all wrongdoing.

That investigation also included a review by Mecklenburg County District Attorney Spencer Merriweather, who released the findings of his department's investigation into the shooting and said the state "could not prove to a jury that Officer Kerl's perception that the presence, motion, and position of the gun posed an imminent threat to her, Officer Deal, and T.G. was unreasonable beyond a reasonable doubt."

A review of Kerl's personnel file suggests the internal investigation cleared her too. The file shows no discipline following the March shooting.

Now the Citizens Review Board wants to further review the case.

“The end goal is for the truth to come out and the facts to be determined,” Julian Wright, an attorney for the Citizens Review Board, said. “If it determines after the evidentiary hearing that a preponderance of the evidence shows the department clearly erred in ruling the Franklin shooting justified, the board will recommend the chief reverse his recommendation.”

In a previously released statement, the Franklin family said he "should be alive today." They feel he was shot because he followed CMPD's repeated instructions to reach into his pocket and retrieve the gun in order to drop it to the ground.

RELATED: He should be alive today' | Family of Danquirs Franklin said he was 'calm' by the time police arrived

"He was shot for doing what he was told to do," the statement said.

CMPD released the body camera footage to the public in April amid mounting pressure from the Charlotte community.

"The Citizens Review Board’s decision is not surprising," Charlotte-Mecklenburg Police Department spokesperson Rob Tufano said after the board voted to schedule an evidentiary hearing. "A case involving this degree of complexity warrants a higher level of scrutiny that only a full hearing will provide. The Charlotte-Mecklenburg Police Department is committed to providing full cooperation to the CRB that will allow the board to formulate an informed conclusion concerning the incident."

The tentative date for the Citizen Review Board evidentiary hearing is January 28.

Upon the conclusion of an evidentiary hearing, the board decides whether the evidence supports overturning CMPD’s decision.

"The Board issues a recommendation, supported by findings of fact, to the Chief of Police and City Manager. The Chief of Police has 7 days to take such action as he deems appropriate and report his decision to the City Manager, who makes the final determination," the board explains on their website.

Locking up for the holidays? Police say 'think of your home as a burglar' would.

Deputy fired after being charged with assault with a deadly weapon

Suspect wanted for Arboretum kidnapping shot and killed by police