While a judge is currently reviewing the injunction, voters who were waiting outside to vote were allowed inside just before 6:30 p.m. 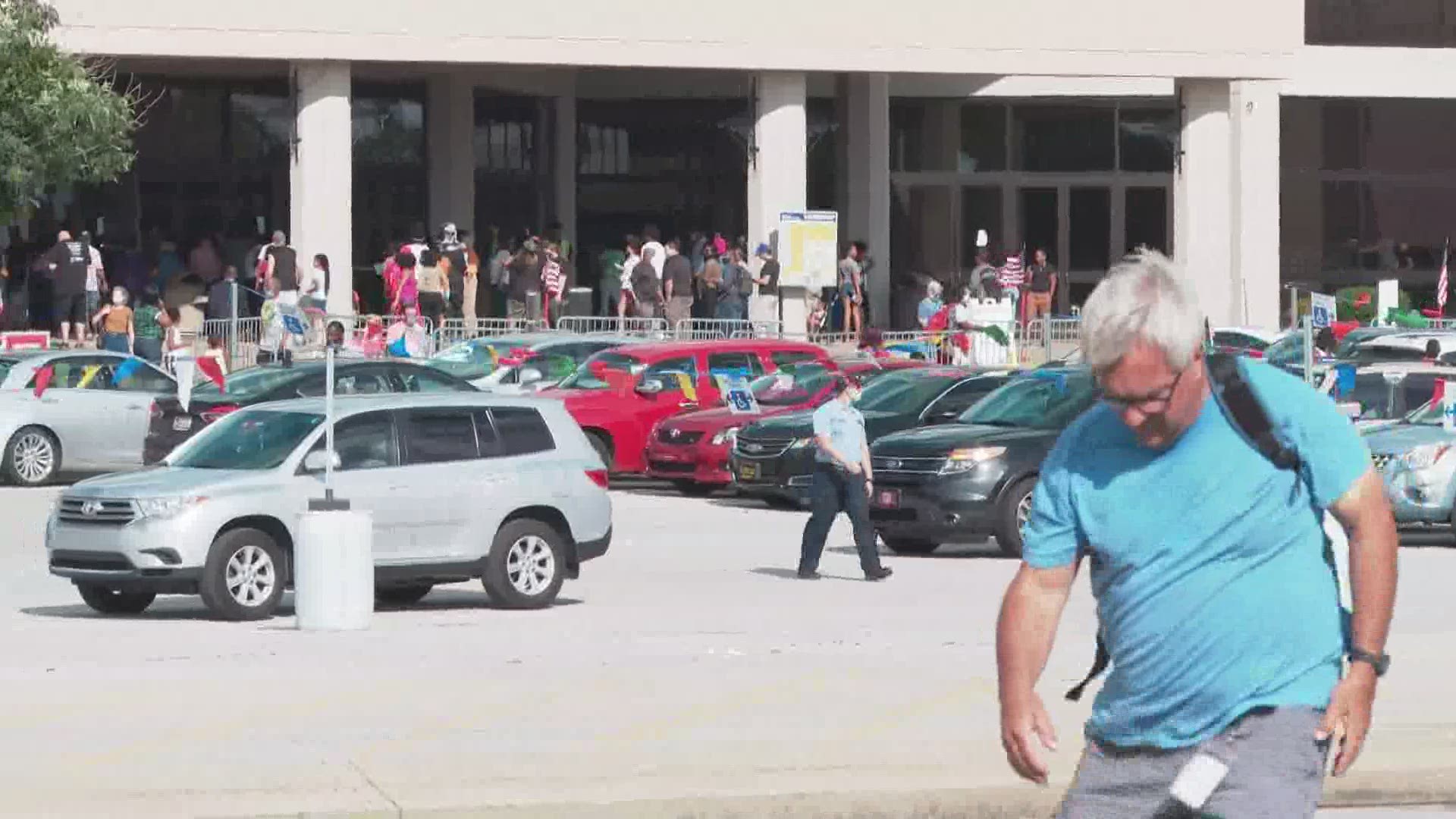 LOUISVILLE, Ky. — The campaigns for Charles Booker and Amy McGrath have filed injunctions to keep polls open until 9 p.m.

The injunction was prompted by long traffic waits around the Kentucky Expo Center, Jefferson County’s sole location for voting in this year’s primary.

“For hours, we’ve been hearing reports that people are stuck in hour-long lines to park their car before they can vote,” Colin Lauderdale, Rep. Booker’s campaign manager, said in a statement. “We’re fully committed to ensuring that each one of those people can vote, which is why we’re filing an emergency petition to extend voting hours. We need to keep the only polling location in Louisville open, because every single voice deserves to be heard and everyone who wants to should be able to cast their ballot.”

The freshman state representative sent a tweet urging voters to stay in line even though poll workers had locked the doors.

Voters were outside on Expo Center's patio were allowed inside to vote but then the doors were locked.

She said via Twitter, "Everyone in line should be able to vote. We're also filing an injunction to keep the polls open in Jefferson County. Stay in line."

A judge is currently reviewing injunction.