Characters of Kentuckiana: The Super Senior 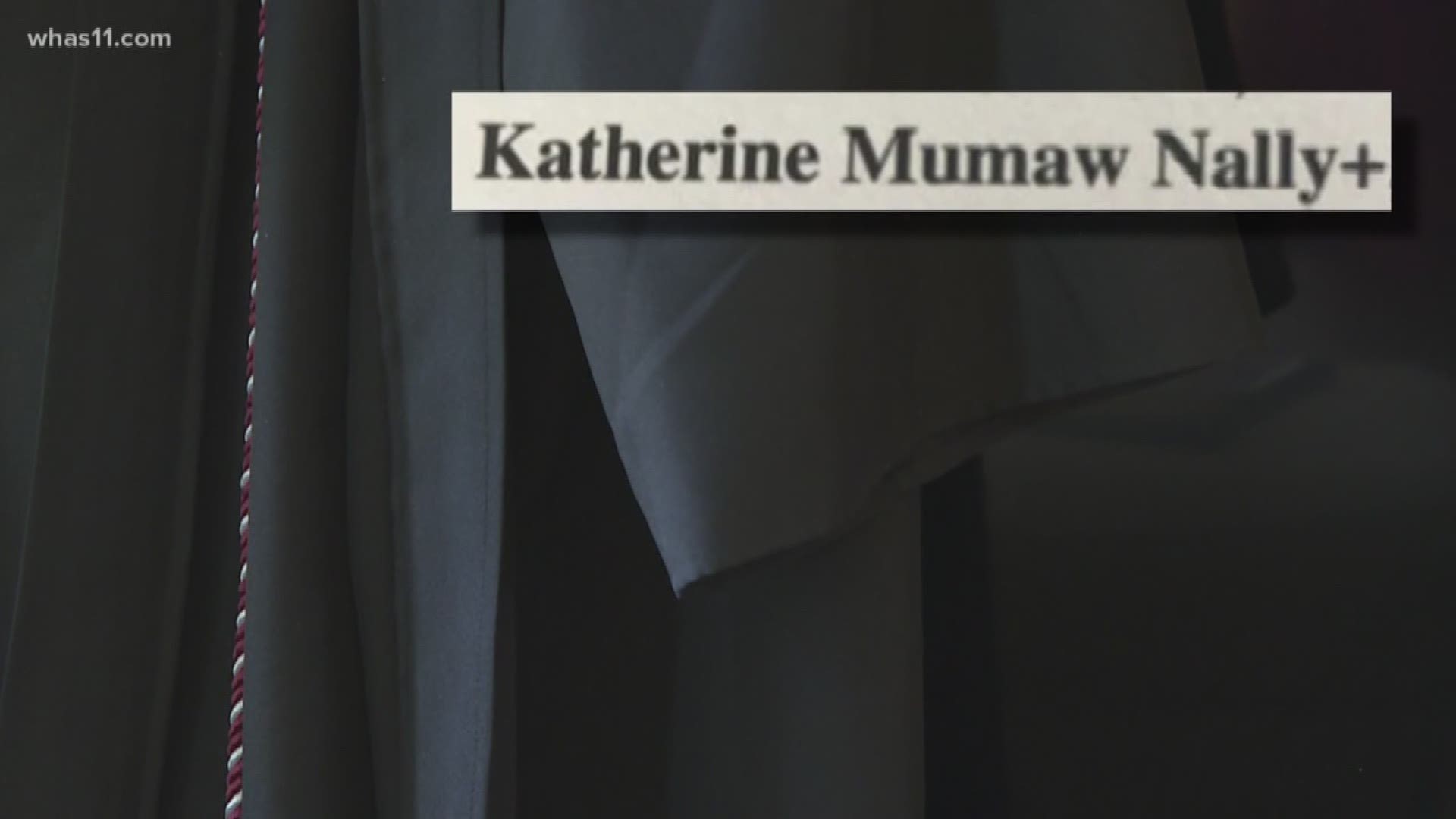 LOUISVILLE, Ky. (WHAS11) - Graduation is a milestone no matter when or how it happens. For a local senior, it means everything.

At 88, Katherine Nally is a super senior in all the best ways, and her path to graduation is impressive to say the least. Born during the Depression, she's no stranger to struggles.

"God never promised us a rose garden. Everything is not always going to be perfect for you,” Nally said.

However a recent moment pretty much was perfect. On May 12th, Nally graduated from Campbellsville University with a Bachelor of Arts and Science.

"The people gave me a standing ovation, and I didn't even hardly realize what was going on because I was so excited over it because it was something I had wanted for so long,” Nally said. "I was on the Dean's List and the President's List."

That walk across the stage wasn’t just years, but decades in the making for the Christian Studies major.

"I haven't really done anything extraordinary. I've just done what I could,” Nally said. “All I did was go back to school.”

She first enrolled in college after high school, but couldn't afford her academic ambitions. Years ago, Nally came back to class, but focusing on her husband's health put her degree dreams on hold.

"It mattered to me to make good grades which probably sounds silly, but it did. I didn't want to just merely pass,” Nally said.

Destiny finally found her in the form of Campbellsville's satellite campus, which proved to be a perfect fit.

"It was just a thing for myself. It wasn't for anybody else. It was just something that I needed to do for myself,” Nally said.

She managed to inspire everybody else along the way.

"You can do what you want to if you try hard enough. Sometimes things get tough, but like that saying when the going gets tough, the tough get going. That sounds like just so much talk, but it's really true,” Nally said.