LMPD says the coin is not from them. Mayor Greg Fischer's Office said the coin "does not reflect our goals...to build trust between police and the community." 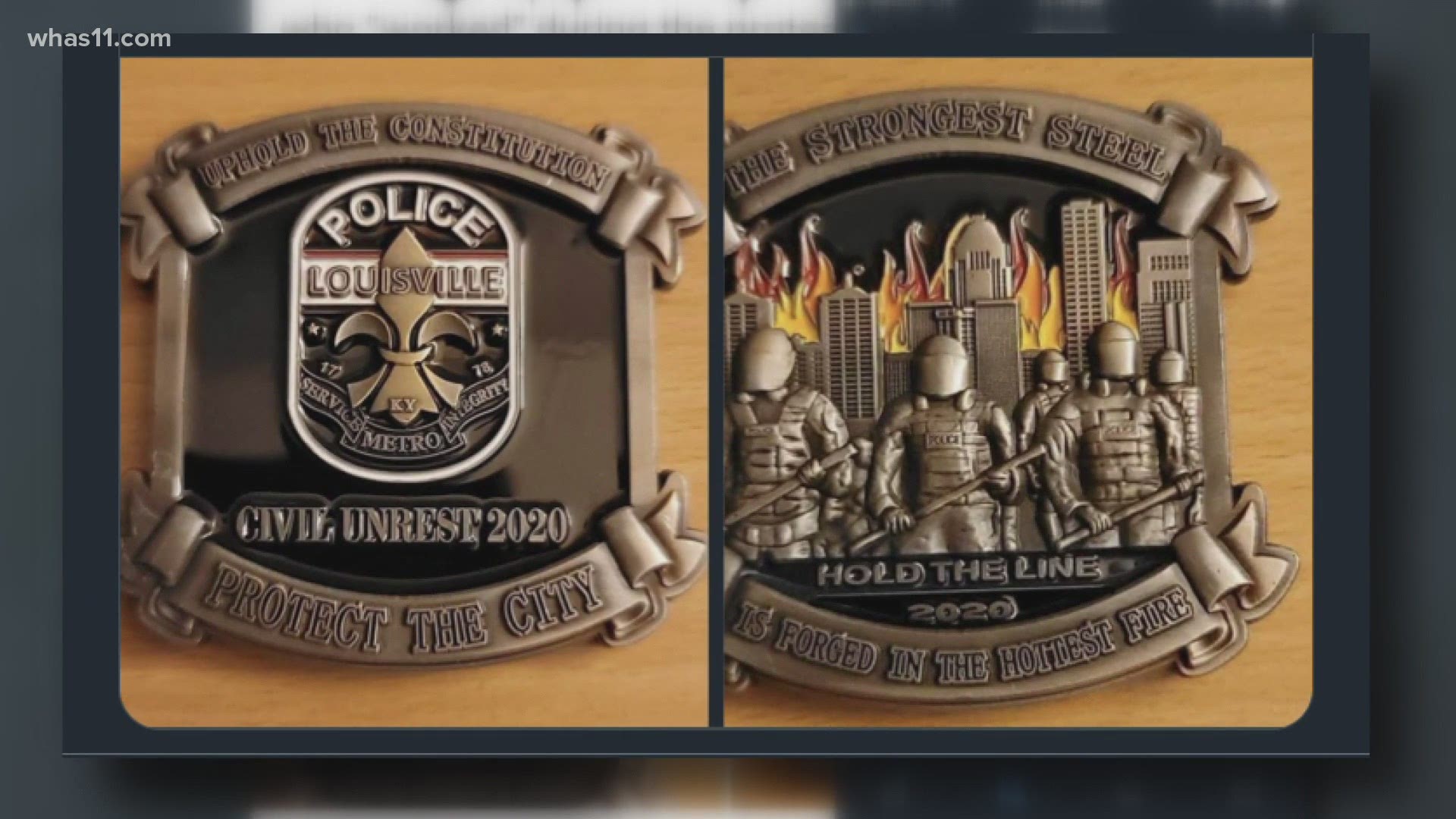 The pictures of the challenge coin show Louisville Metro Police Department's branding on it. The words on it read "uphold the constitution" "civil unrest 2020" "protect the city." There is another image on the other side of the coin that shows police in riot gear and the city of Louisville behind them on fire. The words on that side read "the strongest steel is forged in the hottest fire" "hold the line 2020."

Louisville Metro Police Department says it didn't buy, create, or distribute the challenge coins. In a statement PIO commander Sgt. John Bradley said "Any person in this country is free to privately purchase what novelty items they choose free of government involvement or intervention just as the books, cookies, clothing, or cars they decide to buy."

According to the website, all about challenge coins, the medallion is "a physical symbol of appreciation and recognition of a job well done or exemplary service."

Shamkea Parrish-Wright has marched with protesters over the summer to call on racial justice and charges for the officers behind the warrant that killed Breonna Taylor. She posted about the challenge coin that depicted LMPD and protests on her social media page Wednesday.

"That came across my timeline and I immediately stopped in my tracks," Parrish-Wright said. "To disrespect the movement like that and have flames behind there when all the work we've been doing together has kept this city from burning because we love our city, we just don't want to be abused by our police."

Mayor Greg Fischer's spokesperson, Jean Porter, says they don't support or agree with the implied message. In a statement she said "It does not reflect our goals and actions to build trust between police and the community."

Writer and activist Hannah Drake has also took part in protests over the summer.

President of Louisville's Fraternal Order of Police Ryan Nichols told WHAS11 the challenge coin did not originate from the FOP.