A warning was issued for a supposed Louisville-based organization, Century Post. Reports sent in were about personal information and were never paid for work. 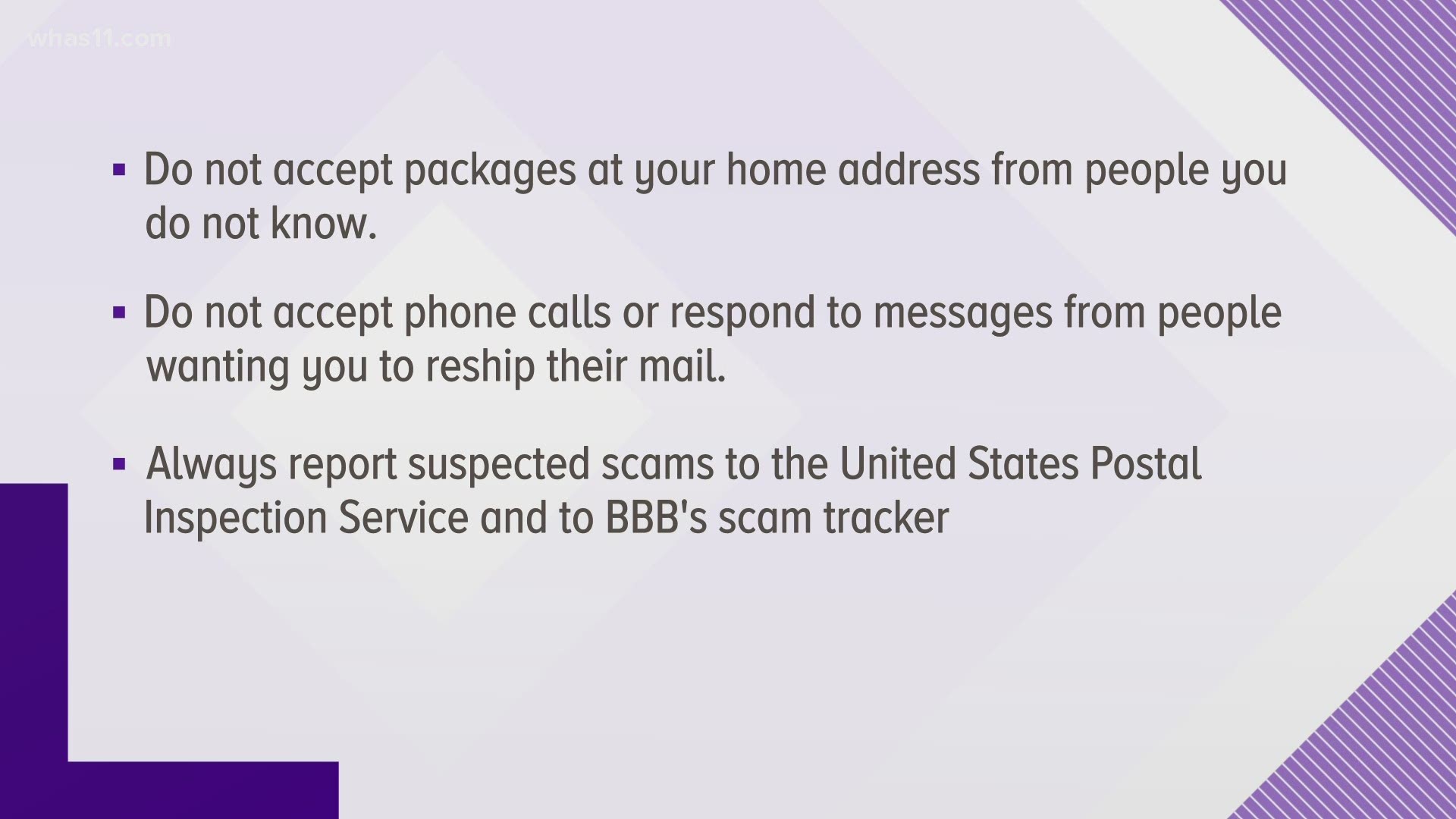 The warning was issued for a supposed Louisville-based organization calling itself, Century Post. The BBB says the organization claims to be a logistics company offering listings for work-from-positions that involve receiving and reshipping packages. Listings for the scam were found on job searching websites like Indeed and Monster.

Multiple individuals have reported to BBB that after accepting a position with Century Post, they were required to submit paperwork containing personal information and have never received payment from the company.

"There were several people who have reported the Century Post scam and what they have done is give their personal information," President and CEO of BBB Louisville, Reanna Smith-Hamblin, said. "They thought they had a job putting together packages, gave their information, and now they have been scammed."

BBB Louisville says in many cases, reshipping scams involve purchases made using stolen credit cards. Job applicants are often unaware that once accepting a “position,” they actually are assisting in reshipping stolen merchandise, and they will never receive a paycheck for their work.

"The problem is it is fraud," Smith-Hamblin said. "You are actually taking part in fraud and these items are being sold on the black market."

Additionally, there is the potential for job applicants to become victims of identity theft since they submit personal information such as social security numbers under the guise of completing new hire paperwork.

The BBB gives steps you can take to protect yourself from a reshipping employment scam: