A group outside the Cathedral of Assumption wants to send a message to the Louisville Archdiocese. 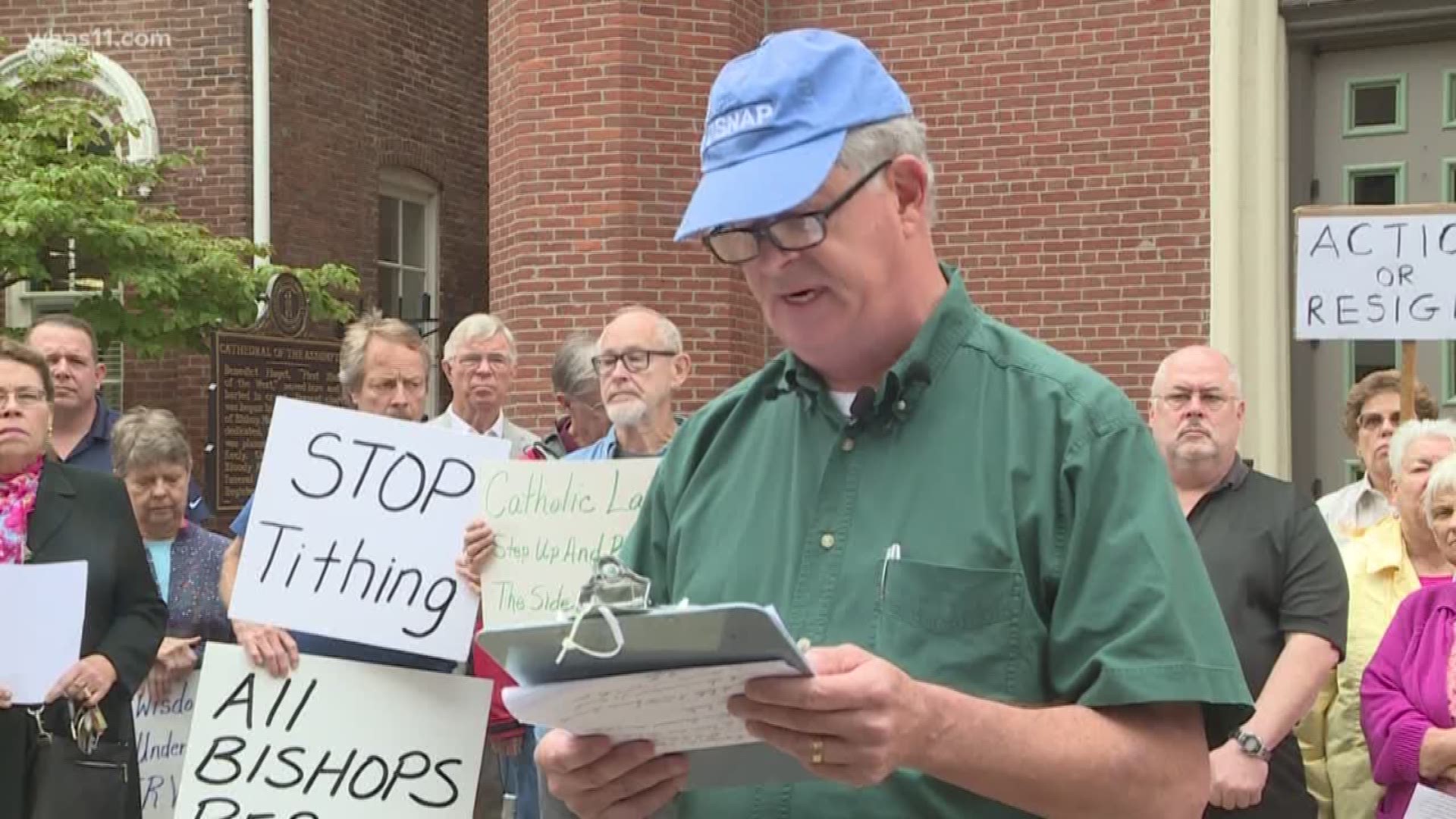 LOUISVILLE (WHAS11) -- Crowding the front of the Cathedral of the Assumption, survivors of sex abuse by the Catholic Church are sending a message to the Louisville Archdiocese.

“It's not that difficult of a thing. You don't molest and rape children, it's unaccepted. You don't put up with it,” Cal Pfeiffer said.

Pfeiffer said he is a victim of abuse and now a local leader with Survivors Network of those Abused by Priests, or SNAP. He joined a handful of survivors outside the Cathedral of the Assumption demanding answers and accountability from the Archdiocese of Louisville.

Frustrated by decades of covered-up sexual abuse in the Catholic Church, these survivors are giving Archbishop Joseph Kurtz until the end of the month to respond to their list of 16 demands: including posting the names of credibly accused priests and firing anyone who knew of any cover-up of those sexually abusive priests.

Westbrook is calling for a full investigation by Kentucky's Attorney General Andy Beshear. In 2003, the Archdiocese of Louisville paid almost $26 million to survivors, but Westbrook says it's not enough.

“That was not justice. Justice is to see real change in the Catholic Church, justice also for these victims to receive the kind of healing they need,” she explained.

Pfieffer applauded the action taken in Pennsylvania in August. A detailed grand jury report revealed the abuse of more than 1,000 victims and the church's wrongdoing.

“It's hard to have the faith that this is all going to change because of the past history,” Pfieffer said. “But some renewed faith was the Pennsylvania grand jury, I think it has reignited people's furvert to see that let's get something done.”

Kurtz responded to our request for comment saying in part:

"Catholics are angry, confused, and in pain, and I hurt with them. My heart especially goes out to victim survivors. I have received letters from those who have been abused many years ago by a priest or representative of the church. Their wounds are deep, and the recent reports have opened these wounds once again. Their pain must move our hearts to solidarity and repentance. No child should ever be subjected to abuse, particularly by someone who is responsible for nurturing a child’s faith.

• The Archdiocese is planning a report to the Catholic people about sexual abuse and how it has been handled in our Archdiocese. We will plan for publication in October.

• I am inviting Catholics to join me in a day of prayer and fasting on Friday, October 5. Individuals will be encouraged to observe this in their homes and parishes. I also will preside at a public prayer service that evening at Holy Family Church. The exact time of the service is still being worked out."

WHAS11 News also reached out to the Attorney General’s Office who sent us a statement saying in part:

"We have been reviewing the Pennsylvania report and speaking to General Shapiro and other Attorneys General to learn from their experience and explore other ways that we can address what is certainly a national problem. We are committed to working alongside survivors to seek a world free from sexual violence and child abuse."