Voter-driven ballot initiatives have become a major focus in the state in recent years. 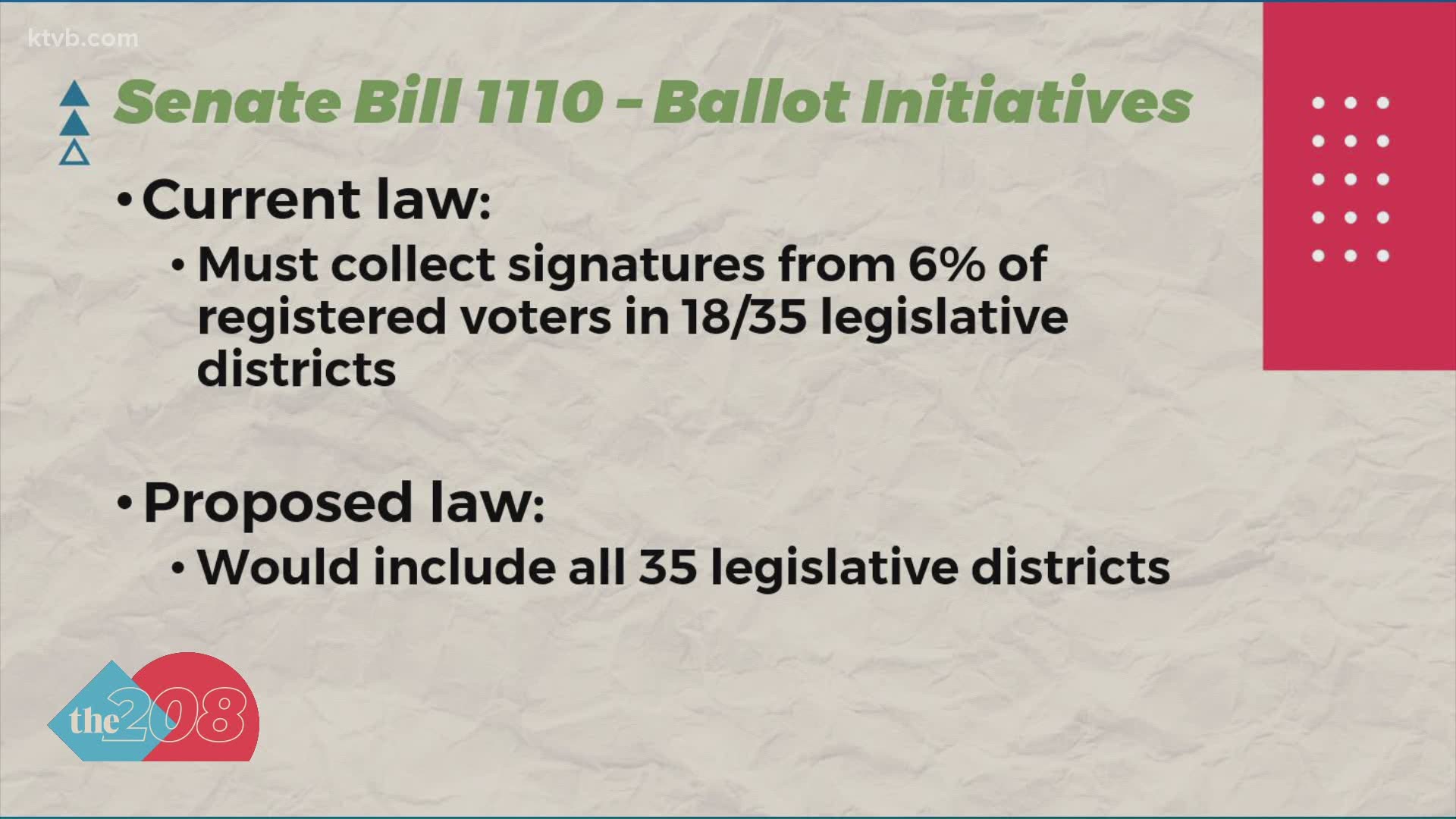 BOISE, Idaho — This story was originally published in the Idaho Press.

Idaho lawmakers are again taking aim at the state’s ballot initiative process, with a Senate committee Friday introducing a new bill to make it much harder to qualify any voter initiative for the Idaho ballot.

“The population centers, currently you can get signatures for 18 districts in just four counties,” Vick told the Senate State Affairs Committee. “There’s 44 counties in the state and I think it needs to be a little more diversified than that.”

Vick said, “I grew up in a rural area of Montana.” He said he wants to make sure rural concerns are represented in the initiative process, “and that we don’t forget some of those people.”

The bill’s Statement of Purpose says, “The purpose of this legislation is to increase voter involvement and inclusivity in the voter initiative/referendum process. This will be accomplished by ensuring signatures are gathered from each of the 35 legislative districts, so every part of Idaho is included in this process.”

In 2019, after Idaho voters in 2018 strongly supported and passed a Medicaid expansion initiative that many GOP lawmakers opposed, the Legislature passed SB 1159, which sought to increase hurdles for voter initiatives by requiring signatures from 10% of voters in 32 of the 35 legislative districts, cut the signature gathering-time period from 18 months to six months, and add other restrictions. The bill, proposed by Sen. C. Scott Grow, R-Eagle, passed both houses narrowly, 40-30 in the House and 18-17 in the Senate, but drew widespread, bipartisan condemnation across the state, including from former top state officials, retired judges, professors, business leaders, health advocates and everyday citizens. Gov. Brad Little vetoed it.

Voter-driven ballot initiatives have become a major focus in the state in recent years. After six straight years of inaction by Republican lawmakers, 62% of Idaho voters approved the initiative expanding Medicaid in 2018.

In response, Republicans in the state House and Senate in 2019 tried to make the initiative process nearly impossible so they could head off future left-leaning measures such as raising the minimum wage and legalizing marijuana.

Earlier this week, the Idaho Secretary of State’s Office approved signature gathering by a group that wants to get a medical marijuana legalization initiative on the ballot in November 2022.

Betsy Z. Russell is the Boise bureau chief and state capitol reporter for the Idaho Press and Adams Publishing Group. Follow her on Twitter at @BetsyZRussell

Betsy Z. Russell is the Boise bureau chief and state capitol reporter for the Idaho Press and Adams Publishing Group. Follow her on Twitter at @BetsyZRussell.