If the bill becomes law, school employees with an enhanced concealed carry license will be allowed to bring guns onto school grounds. 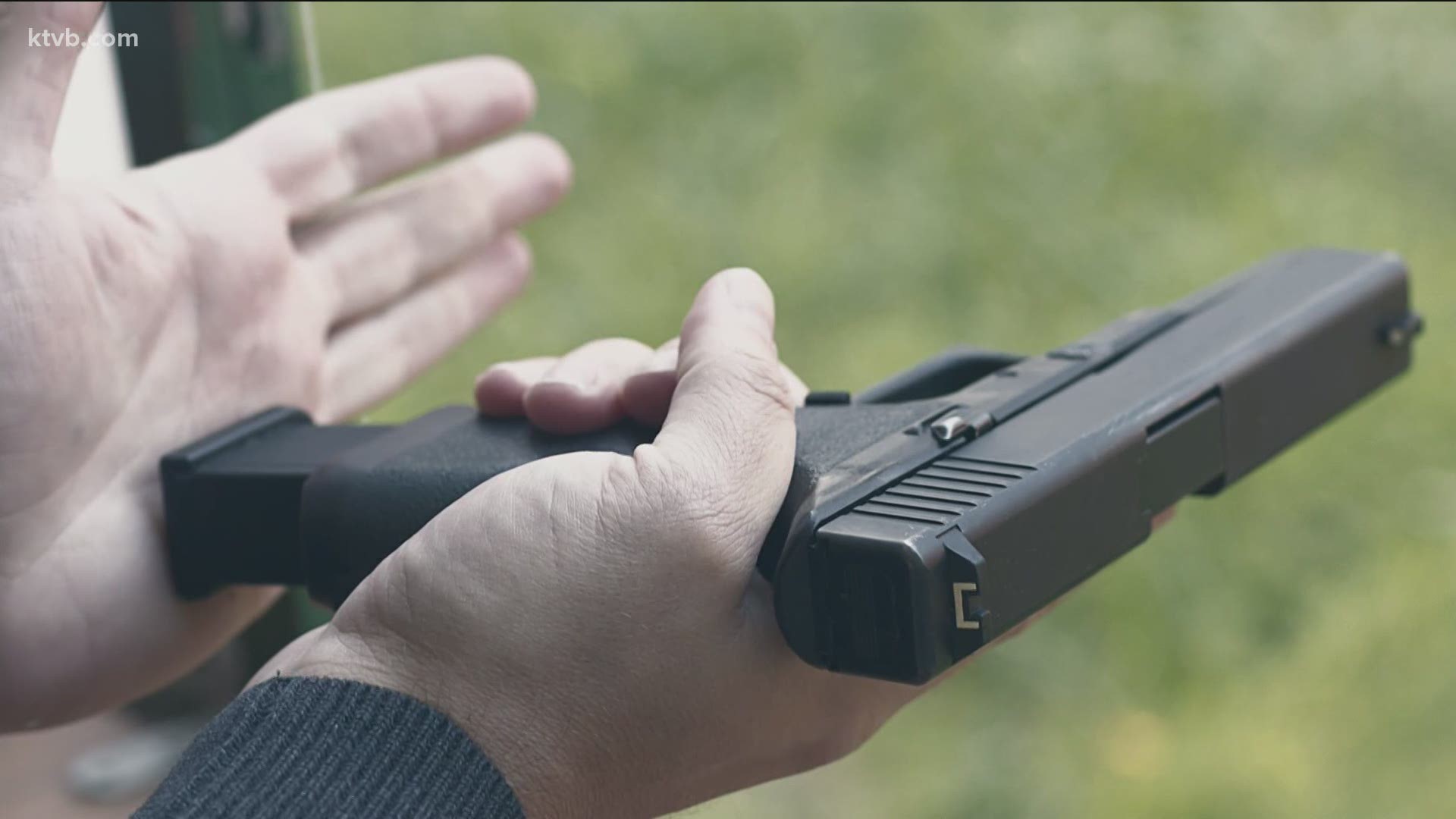 BOISE, Idaho — A controversial bill that would allow school staff members to carry concealed weapons on school property is moving forward in the Idaho Statehouse.

The House State Affairs Committee on Tuesday voted 11-2 along party lines to approve the measure.

If it becomes law, the bill would allow school district employees to carry a gun while working, so long as they obtain an enhanced concealed carry license. The gun would always have to remain on the employee and could not be put in a drawer or safe.

The bill's sponsor, Rep. Chad Christensen (R-Ammon), has introduced a version of the bill twice before, but it's never gotten this far.

Supporters of the bill say it will help create an extra line of defense against any potential school shootings. Opponents say it only adds to the problem by putting more guns in schools.

Rep. Sally Toone (D-Gooding), who taught in public schools for more than three decades, is one of those critics.

“I don't think it is carte blanche, that it gets to go everywhere,” Toone said. “Our schools are a very sacred place, they carry our next generation.”

Toone thinks the decision should be up to local school boards instead of a statewide law for every district.

“This bill doesn't protect the local school or give them a say in it,” she said. “Those are elected officials from our communities. I don't think as a state we should be overstepping what those local elected officials already have the right to do.”

State law already allows local school boards to decide if an employee can carry a gun on school grounds.

However, Christensen thinks anyone who fits the criteria for the bill should be allowed to carry a gun to potentially prevent school shootings.

“I have a problem with any government trying to limit people's rights,” he said.

The bill has the chance to save lives, Christensen argued, describing it as a preventative measure. The main priority for him in passing it is to prevent a school shooting in the first place by allowing staff members to arm themselves.

“That's the deterrent for these bad guys or would-be criminals and would-be shooters to think twice about that,” he said.

The bill would also require schools to take down signs that say guns are off limits.

“If a bad guy sees that gun free school zone sign, it's a prime target for him,” Christensen said. “I can go in there, to me it says come shoot me up and I'm an easy target.”

Christensen noted that understands there is risk associated with bringing guns into schools. However, he thinks leaving teachers and other staff members defenseless against a would-be school shooter is riskier.

“I think it’s very small compared to the risk that might happen if the shooter coming in and shooting up these schools and kids and teachers,” he said. “So, I think it’s worth the small risk that it does present."

The only employees that could carry are the ones with the enhanced concealed carry license.

The committee decided to pass the the bill on a party line vote. It advanced to the full House with a “do pass” recommendation.

See all of our latest political coverage in our YouTube playlist: