Senate Bill 1110 would increase the threshold of signatures needed on a petition from eligible voters from 6% in 18 districts to 6% in 35 districts. 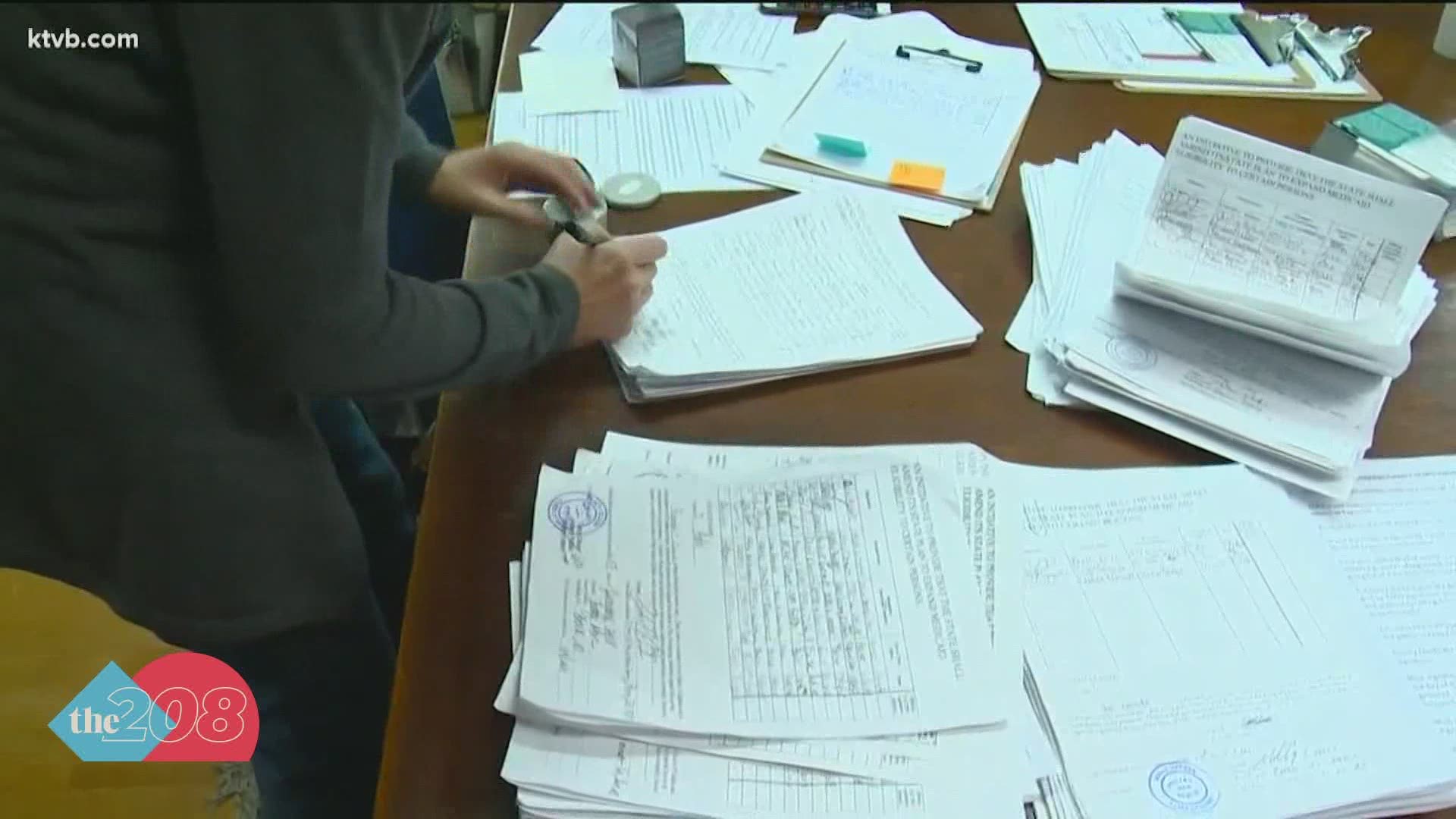 BOISE, Idaho — Under Idaho law, citizens can get an initiative on the ballot for a vote if they can get signatures from 6% of eligible voters statewide. As a part of that total, campaigns need signatures from 6% of voters in 18 of Idaho’s 35 legislative districts. New legislation, Senate Bill 1110, aims to change that second requirement to getting 6% of voters in all 35 districts, not just 18.

“There is no way that Medicaid would have made it on the ballot under these proposed rules,” said Luke Mayville, co-founder of Reclaim Idaho.

Mayville helped lead the grassroots group that gathered thousands of signatures across Idaho to get Medicaid expansion on the ballot in 2018. He says the current standards, which have been in place for the last eight years, are already very tough. In those eight years, 15 initiatives have been proposed, and only two have made it on the ballot.

“So, if you take that 18-district requirement and you double it, basically to 35 districts, you can only imagine. It’s going to make it virtually impossible for any grassroots organization to qualify an initiative for the ballot,” Mayville said.

“I think that is absolutely true. What the Legislature is trying to do is to make it almost impossible to qualify either an initiative or a referendum on the ballot,” Jones said.

Jones believes the bill is unconstitutional, he points to the words ratified in the state Constitution in 1889.

“We said this, all political power is inherent in the people. Government is instituted for their equal protection and benefit and they have the right to alter, reform, or abolish the same whenever they may deem it necessary,” Jones said. “The provision is meaningless unless there is some way that the people can exercise the power they have under the Constitution.”

Rep. Jim Addis is carrying Senate Bill 1110 with Sen. Steve Vick.  Addis says the idea is about inclusion of all Idaho counties, not taking power from the people.

“What is does is serve to have all of the districts in Idaho participate in the gathering of signatures to be able to put an initiative on the ballot,” Addis said. “From my perspective, I’m a glass half full kind of guy, I’m trying to make sure that we have all corners of Idaho represented, especially with the demographic shifts we are seeing around the country to more urbanized areas.”

One criticism is that the bill is to prevent successful ballot initiatives in the future. Addis says that is simply not the case.

“I completely support the initiative process. I feel that is the check on the Legislature and we need it, but I think this legislation is good for Idaho,” Addis said.

Critics of the bill say all ballot initiatives are up for a vote in all of Idaho.

“The signature requirement is only for getting a measure on the ballot. When it’s on the ballot everybody in the state from stem to stern, from north to south, from east to west, can vote on it,” Jones said.

Addis says for him it’s about creating a comprehensive and inclusive process.

“I think the more people you have involved in helping to create law, whether it is in the initiative process or in the traditional process, I think that is a good thing,” he said. “It is not a Republican, Democrat, conservative, liberal issue. I just think it is really good policy, and if we start with good policy we get better results, and that’s what I’m for.”