Many families and friends of The Grandview's residents have rave reviews of the nursing and rehabilitation facility, but the facility has come under heavy scrutiny after a pair of complaint surveys from the state. 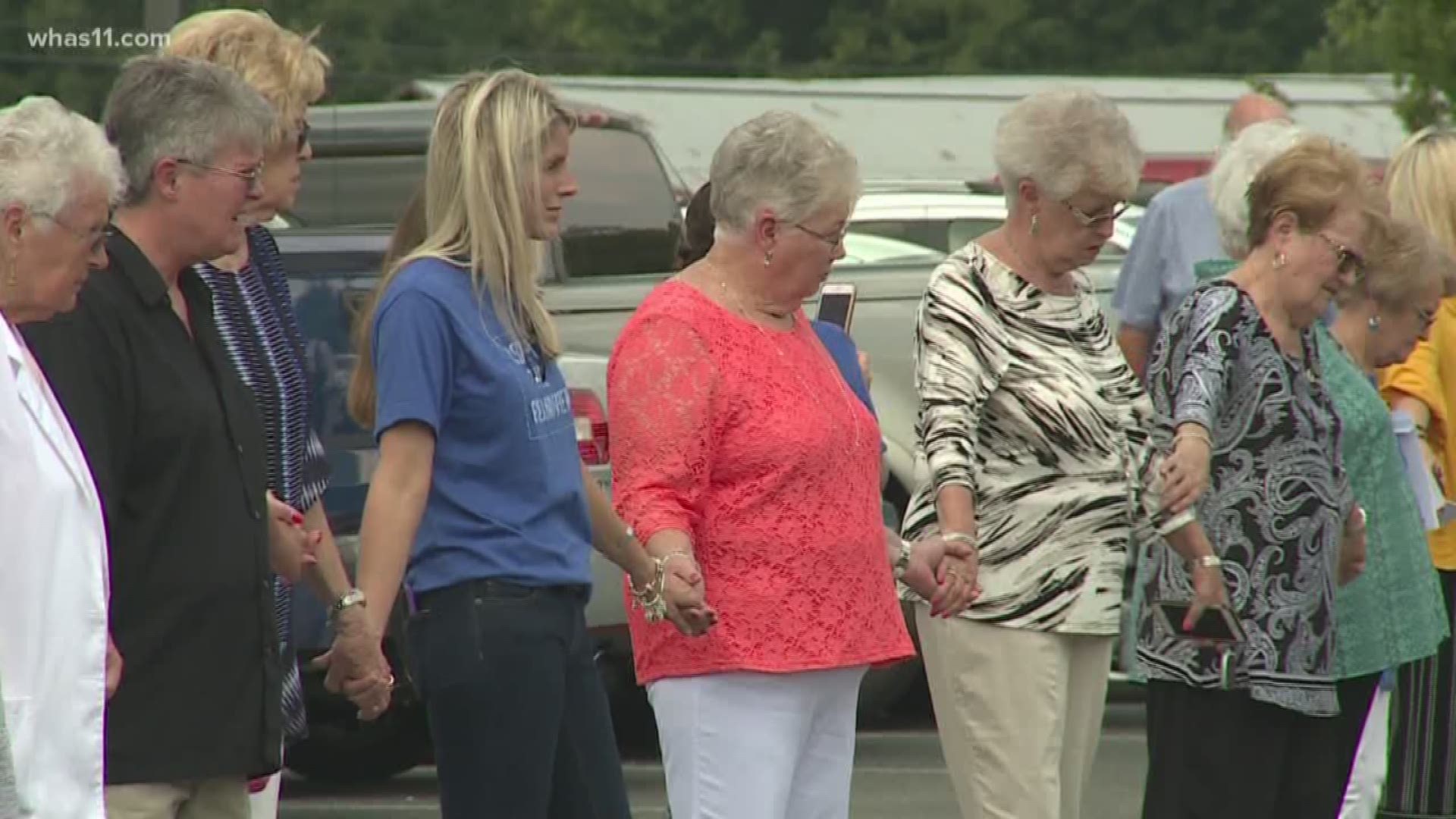 LOUISVILLE, Ky. (WHAS) -- More than 400 people stood hand in hand with their heads bowed in prayer, surrounding The Grandview Nursing and Rehabilitation Facility in Campbellsville, Kentucky, Sunday afternoon as a show of support for the center that has found itself under scrutiny.

"We have so much support from this community and from the families," The Grandview administrator Cindy O'Banion said.

"I don't know if any place in the state of Kentucky that would be any better," Vickie Arnett, whose mother is a resident, said. "It's like walking into a five-star hotel."

Many families and friends of The Grandview's residents have rave reviews of the nursing and rehabilitation facility, but the facility has come under heavy scrutiny after a pair of complaint surveys from the state, according to O'Banion.

The Centers for Medicare & Medicaid Services has also posted a notice on its website that reads in part:

"The facility has been notified that Medicare will cease to pay for services furnished to Medicare and Medicaid beneficiaries admitted after August 12, 2018, although payment may continue for up to 30 calendar days for patients admitted on or before August 12, 2018. CMS is committed to patient safety and quality of care. We are closely monitoring the relocation of Medicare and Medicaid patients to other facilities.

"CMS requires facilities to meet certain health and safety standards to be certified as a Medicare provider. Involuntary termination of a provider agreement is generally a last resort after all other attempts to remedy the deficiencies at a facility have been exhausted. In this instance, the Atlanta Regional Office, has found that The Grandview Nursing & Rehabilitation Facility is out of compliance with CMS basic health and safety requirements."

O'Banion said it is still too early to determine whether the residents will need to be relocated, but the administrator is meeting with families of residents as they try to figure out what to do next. O'Banion and other staff held two meetings Sunday to let families know what courses of action they can take, including contacting local and state leaders about The Grandview.

"We don't feel like our story has been told, that this whole survey process has been one-sided," O'Banion said.

As for the families, many are concerned that if The Grandview were to close, they would not be able to find an acceptable nursing home that is close enough for them to make regular visits.

"We are starting to look outside of the area, even looking at us moving to a different city to be able to get her [his mother-in-law] in a facility that would be worth her being in," Allen Mills said.

"She [Her mother] is not being sent to somewhere that maybe I have to drive 200 miles or 100 miles to see her where it's like a 20-25 minute drive for me now where I know she's being taken care of," Arnett said. "Without it, there would be so many residents, so many family members that would have no place close for their family members to go."