The video was recently discovered on a pornographic website and has since been taken down. 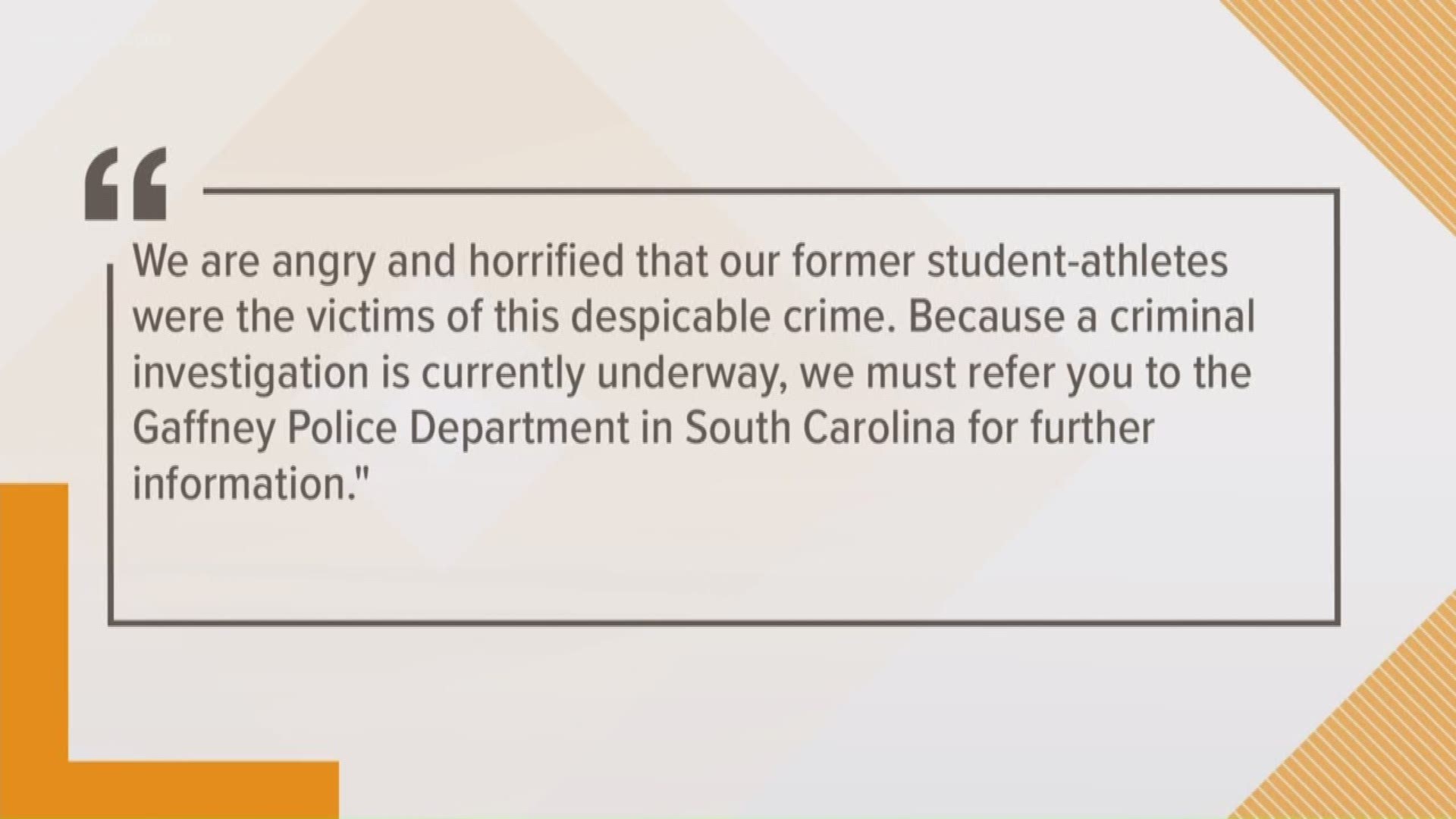 SOUTH CAROLINA, USA — A video, recorded by a secret camera in a South Carolina college locker room, has surfaced showing multiple female Bellarmine athletes showering and changing after a game. The video was recently discovered on a pornographic website and has since been taken down.

The camera was hidden in a soap dispenser in a men’s locker room at Limestone College in the early 2010s.

A Limestone College Police Sgt. filed a police report with the City of Gaffney Police Department on October 10, alerting local authorities to the videos.

The investigator said there were five different videos of five different female teams, that had been recorded in the male locker room. That’s where female visiting teams would change and shower after a game.

The videos were recorded over a 13 month period.

The Limestone officer told police the security division is unsure who would be responsible for the videos.

"We were recently made aware that, several years ago, a group of Bellarmine student-athletes were filmed without their knowledge or consent in a locker room during an away athletic event at Limestone College. We promptly notified the affected former student-athletes about this distressing incident and made resources available to them. We are angry and horrified that our former student-athletes were the victims of this despicable crime. Because a criminal investigation is currently underway, we must refer you to the Gaffney Police Department in South Carolina for further information."

"Since being made aware of the alleged incident on our campus, the Limestone Campus Safety Department and other College officials have been assisting the Gaffney Police Department with its investigation. Our primary goal continues to be the safety of our students, faculty, staff, and guests. We are fortunate that such alleged incidents are highly uncommon on our campus, and they certainly will not be tolerated. Limestone College is as safe as any institution in the nation. It is unfortunate that an individual or individuals might have violated the terms under which we are gathered as a community at this College. We will continue to cooperate with the proper law enforcement authorities as the investigation moves forward. Because this is an ongoing matter, we will be unable to comment further until the investigation is completed."

Editor's Note: We have been in touch with the victims, and taking their request into consideration, we have decided to withhold specific details of these crimes. Those details, including specific dates and specific teams, would identify the victims of this crime. Our goal is to inform the community without re-victimizing the women at the center of this investigation. As this story evolves, we will continue to reevaluate the details we report.

Check back for updates to this developing story.

More from the FOCUS team

Some Kentucky, Indiana schools fail to test for cancer-causing radon