The transportation department warned families that their students' bus routes might be delayed or canceled Tuesday morning. 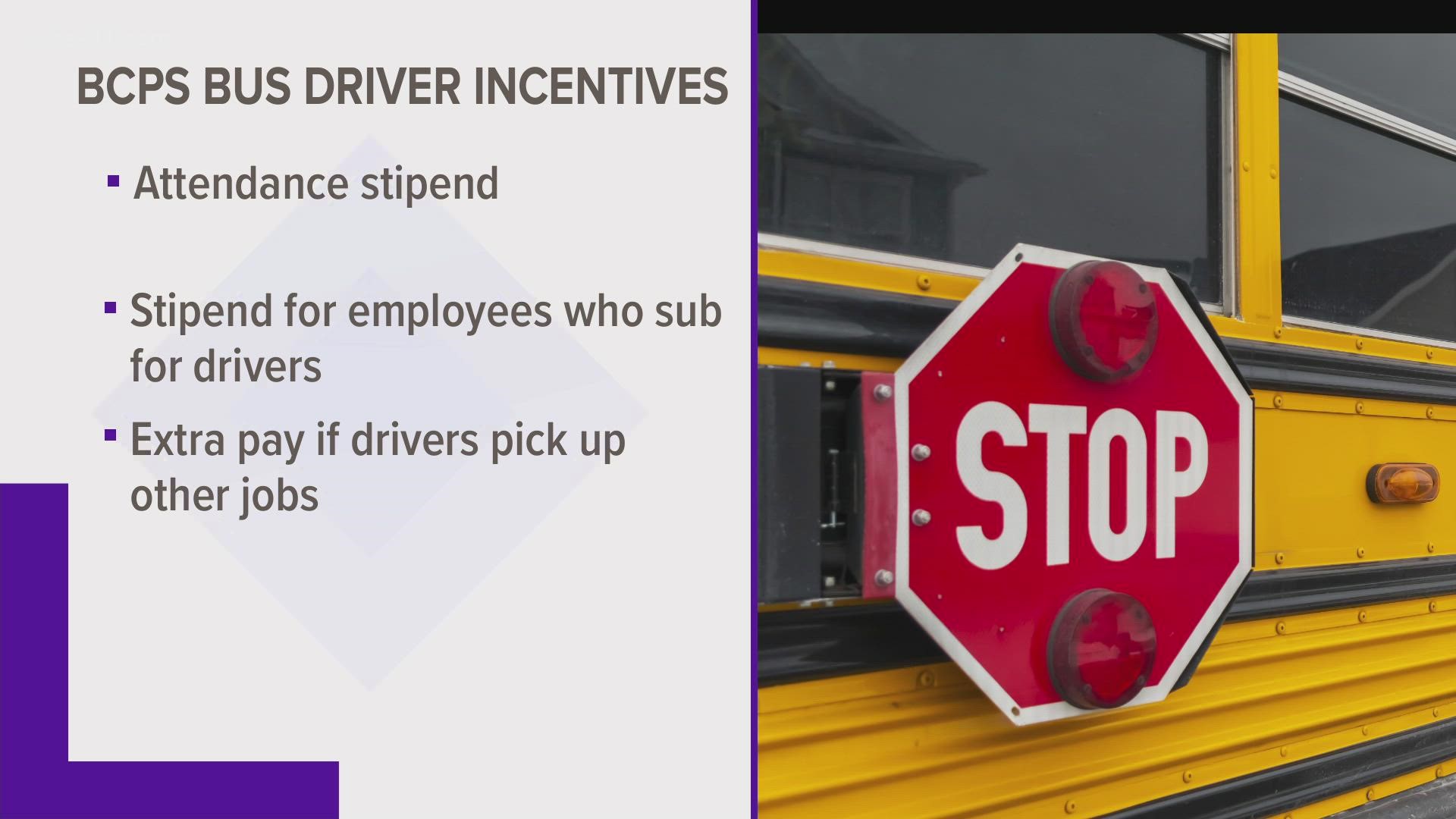 Monday night, the BCPS Transportation/Community Facebook page shared a warning to parents that several bus routes "may be out of operation" on Oct. 12, which was the district's first day back at school after fall break.

Superintendent Jesse Bacon said a total of 30 routes were open Tuesday morning due to drivers calling in sick. Parents said they were informed of the changes around 6:30 a.m. through a new text and email alert system.

“When no bus showed up, I just said get in the car and go to school," parent Victoria Wethington said. “We stand behind our drivers and we just make do with what we’ve got and if we have to make do we do.”

Bullitt County has been dealing with a bus driver shortage since the new school year began in August. While COVID-19 cases and quarantines caused part of the issue, the pandemic isn't the only thing to blame.

Jennifer Smith, a parent, started the Facebook group backing BCPS bus drivers. She says it's unfortunate some kids may not have had a ride to school today with so many drivers calling out (over 30), but says they have no other choice. @WHAS11 pic.twitter.com/FVrCSASgxq

Many of the district's bus drivers have been protesting for months, asking for a living wage.

“Our hearts are full, our pockets are empty, and before we have to go somewhere else to make a livable wage we’re trying to fight to keep this job we love," bus driver Nichole Marshall said.

The school board approved new incentives for bus drivers in September, but many drivers said it wasn't enough - especially as they deal with covering extra routes and handling the added responsibilities of the pandemic.

Tuesday morning, drivers taped a sign to the window of the Bullitt County Board of Education building with their demands.

"We’re serious, we want to be taken seriously, we don’t want to keep getting these little incentives thrown at us," Marshall said.

BCPS is currently in the process of changing its bus routes to make the process more efficient with its limited staff. Those changes were set to begin on Oct. 12 and a finalized plan was going to be released on Oct. 25.

In a press conference Tuesday, Superintendent Bacon apologized to the students and families that were affected by the sudden changes. He said his staff is working with drivers to find both short and long-term solutions to the transportation issues.

"Although we will never be able to adequately compensate our best and brightest employees, I am confident that by working together, we will develop a mutually agreeable long-term solution moving forward," Bacon said.

Additional changes may be on the way, but Bacon said his team would communicate with families as soon as possible so they can plan accordingly.