After districts like Hardin and Jefferson increased pay for their drivers, many who are employed by Bullitt County Public Schools are hoping for the same. 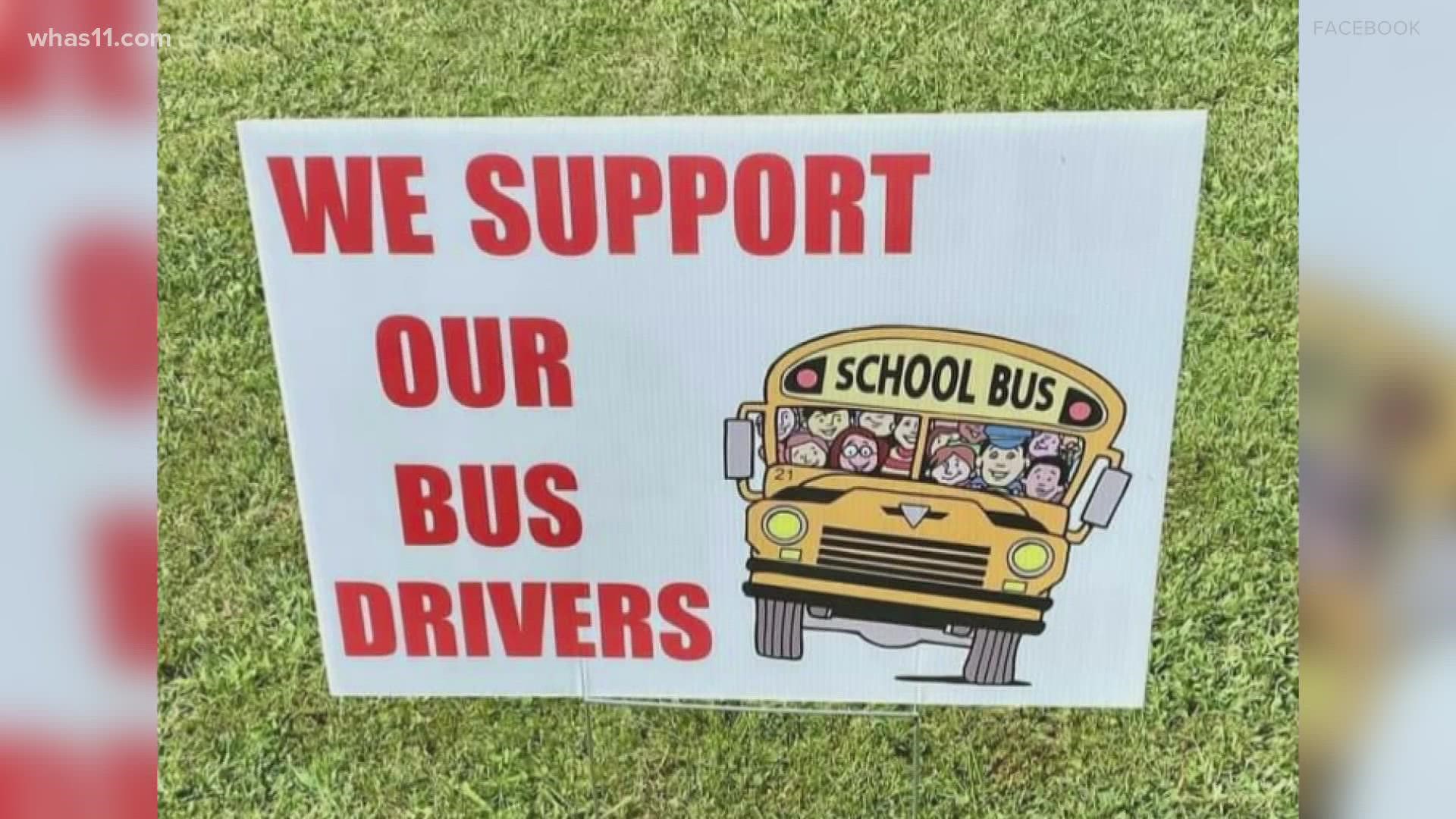 BULLITT COUNTY, Ky. — School districts across the nation are continuing to face bus driver and monitor shortages. In Kentucky, districts are combatting the issue with pay raises and incentives.

Recently, the Hardin County School Board voted to give staff members a 3% increase and bus drivers a $2 an hour raise, bringing their current starting pay to $17.90.

Jefferson County Public Schools also increased bus driver pay with an additional $6 to their starting pay of $20 an hour. The district recently added 30 more drivers to its force to help with slowdowns on bus routes.

RELATED: How statewide bus driver shortages are affecting local school districts; how you can apply to become a driver

For bus drivers in Bullitt County, they said they are hoping for the same.

A bus driver, who wanted to remain anonymous, said pay was an issue before the pandemic but now there is too much risk without proper compensation.

“We’re wanting a livable wage,” she said. "We’re not hauling boxes and we deserve to be paid like that. If this pay raise doesn’t come through..then they’re going to have to find somewhere else to work and then the shortage is going to get worse."

Community members like Jennifer Smith said bus drivers need support. Her children do not ride the bus but she has seen and heard the struggles of BCPS bus drivers.

“We’re doing a sign fundraiser to try and buy them all lunch – just trying to get them the support that they need if they need to go to the school board meeting,” Smith said. “We’re going to try and show up there to give them our support because that’s what they need.

RELATED: 'We are doing everything that we can do.' | The Bullitt County bus issue explained

Here are other incentives BCPS bus drivers are asking for:

Transportation officials with the district said they are in the early stages of working something out but ultimately, it is up to the school board.

The next school board meeting is set for Sept. 28 at 5 p.m. at Old Mill Elementary and is open to the public.

For more information on how you can support BCPS click here