The Old Mill Bengals are raising money to cover travel expenses as they travel to Florida to compete in the Quest Recreational Championship. 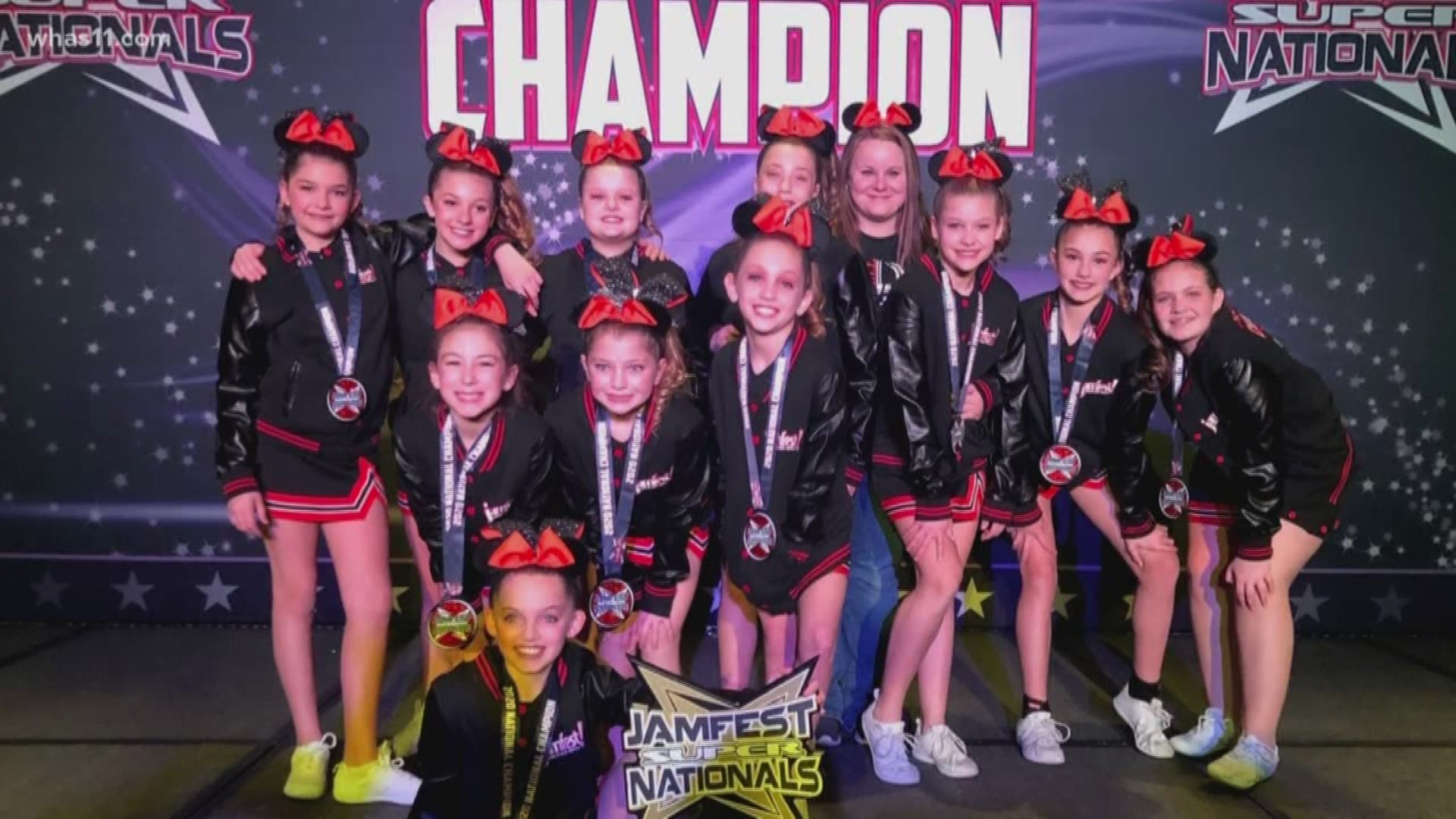 The competition is the first of its kind, designed for participants in youth leagues, as opposed to school cheer and All-Stars.

“We are the only ones right now from Kentucky, so that’s cool,” said Cheer Coordinator Tricia Wood.

The team of eleven is made up of girls nine to 13 years old from Bullitt County.

“No matter what we throw at them, they just say okay, and they do it,” said Head Coach Candice Clemens.

This season, they were Grand Champs at five different competitions, including Rec and Roll, Cheer Xtreme, and JamFest Super Nationals. They’ve also placed first place at various competitions for stunting and choreography.

“Being a cheerleader means working hard and being ready to do anything,” said teammate Mackenzie Clemens, 12.

The select squad won a paid bid to the Quest Recreational Championship in January.

“I was closing my eyes and hoping for dear life our name would get called,” said Kodie Wood, 10, and a teammate for six years.

Though the paid bid takes care of registration fees, the girls need help with travel expenses and other necessities throughout the competition.

“I want them to be able to represent who they are and where they're coming from,” said Coach Clemens.