Metro Public Works said the original lines were painted over to adjust the dimensions of the buffer zone. 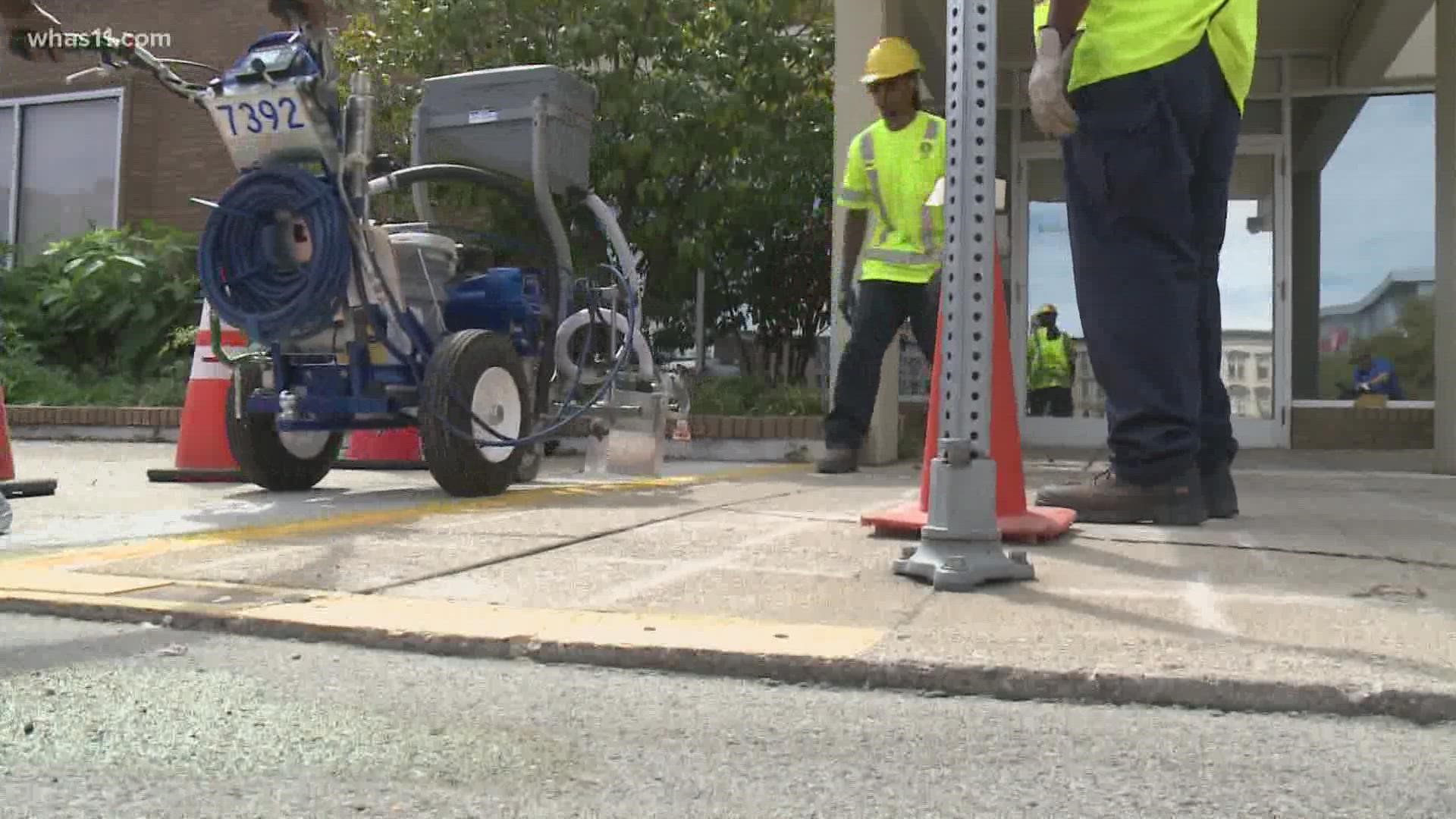 LOUISVILLE, Ky. — Editor's note: WHAS11 previously reported that the newly painted buffer zone had been vandalized. Metro Public Works confirmed the lines were painted over to fix dimensions of the zone.

In a statement Salvador Melendez with Metro Public Works said, "Public Works crews yesterday striped lines marking the “buffer zone” at the EMW Women’s Surgical Clinic. Those lines had to be adjusted to fit the dimensions listed in the approved ordinance, it was not an act of vandalism. Crews removed the lines last night and are setting up a work zone to, weather-permitting restripe the area between 12:00 and 1:00 pm today."

The buffer zone was approved as part of an ordinance Louisville Metro Council passed in May. The 10-foot zone is intended to move protesters away from the EMW Women's Surgical Center, which is the only licensed abortion clinic in Kentucky.

Anti-abortion activists filed a lawsuit to stop the buffer zone but lost the legal challenge when a judge denied their request for a temporary restraining order.