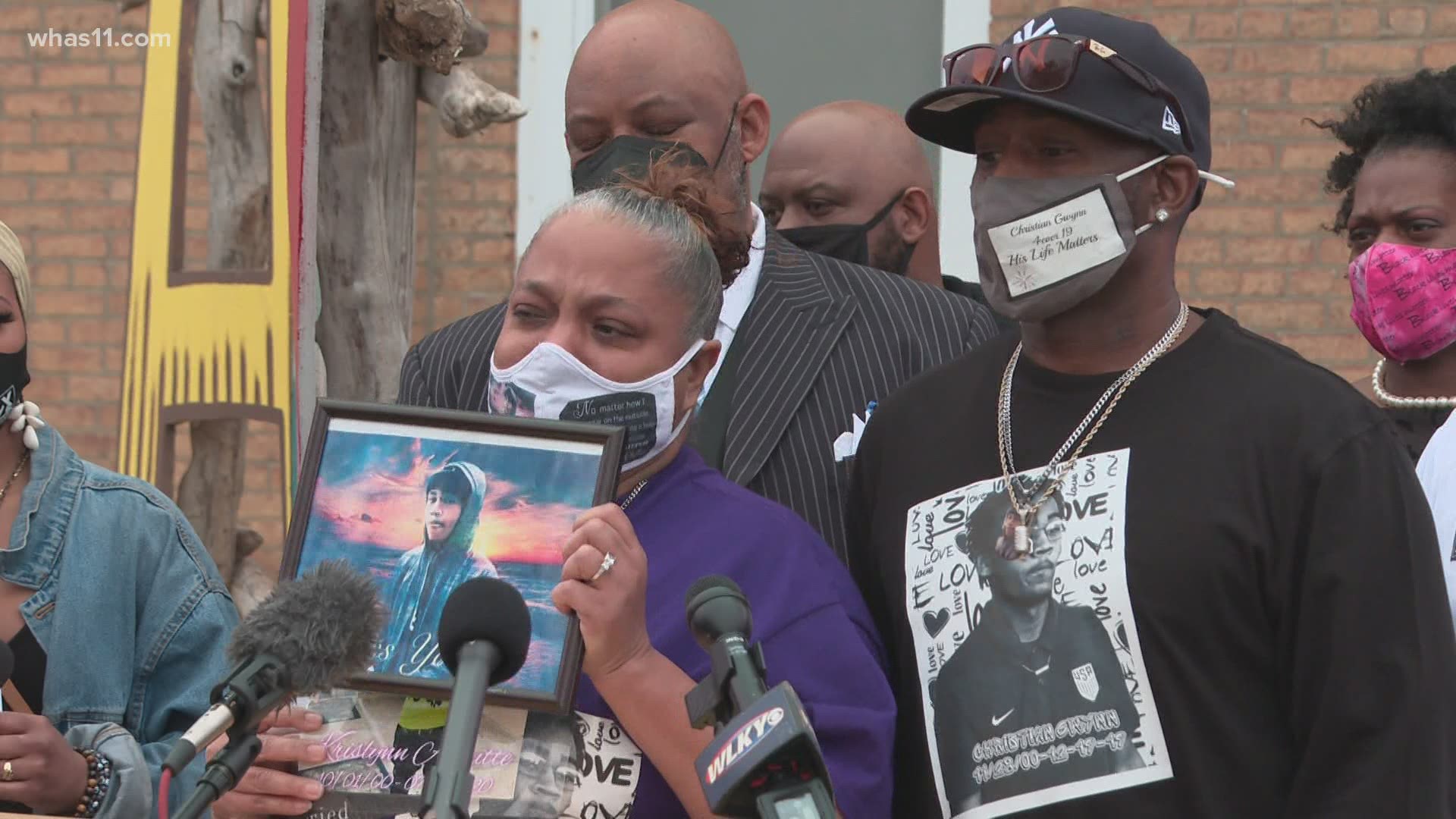 LOUISVILLE, Ky. — March 13 will mark one year since Breonna Taylor was shot and killed by Louisville police in her apartment.

Tamika Palmer plans to celebrate her daughter's life and continue to fight for justice this weekend, while also shedding light on the record number of lives lost to gun violence.

"I'll never forget the call on March 14 when [Taylor's] family contacted me when nobody wanted to listen to them because the narrative was about a police officer getting shot," 2X said.

Palmer with work with social justice group Until Freedom, Christopher 2X's Game Changers and Community Connections and Radio Show to distribute food to the community Sunday.

Joining them will be gun violence survivors like Krista and Navada Gwynn, who lost their son on December 19, 2019.

"It's hard to say it because it feels so unreal," Krista Gwynn said. "I stand with these other mothers and sisters who [we] have lost before and after Breonna."

At a press conference on Wednesday, Donna Munoz spoke about the loss of her brother in-law Jose Munoz, a man gunned down at the Outer Loop Olive Garden Feb. 23, 2019.

"This is very important for me to pay it forward and support those that supported me," Munoz said. "But as long as I can help another family whether someone has lost someone or someone that's in trouble I just want to pay it forward. That's the kind of of person that Jose was."

The community food distribution is just one way to keep the conversation going about ongoing gun violence, giving families an opportunity to speak with each other about the change that needs to happen in the country and the city.

"There's a lot of fight that needs to be done. My son he got shot and killed just sitting at home," said Micheshia Norment, who lost her seven-year-old on May 22, 2017.

Louisville saw its most violent year in 2020, and the city is currently on pace to set records against this year. As of Tuesday night, LMPD reported 34 homicides and 119 non-fatal shootings.

"The violence has to stop," Munoz said. "You're destroying many lives."

Breonna Taylor's death sparked a movement, but organizers and activists said they are not finished fighting for justice. Last year's protests will forever be engrained into a marker at Jefferson Square Park — highlighting the events that took place and reminding everyone of the work that still needs to be done.