Kentuckians to join tens of thousands for March on Washington

Breonna Taylor's family and other local activists are expected to take part in the march 57 years after the famous 'I Have a Dream' speech. 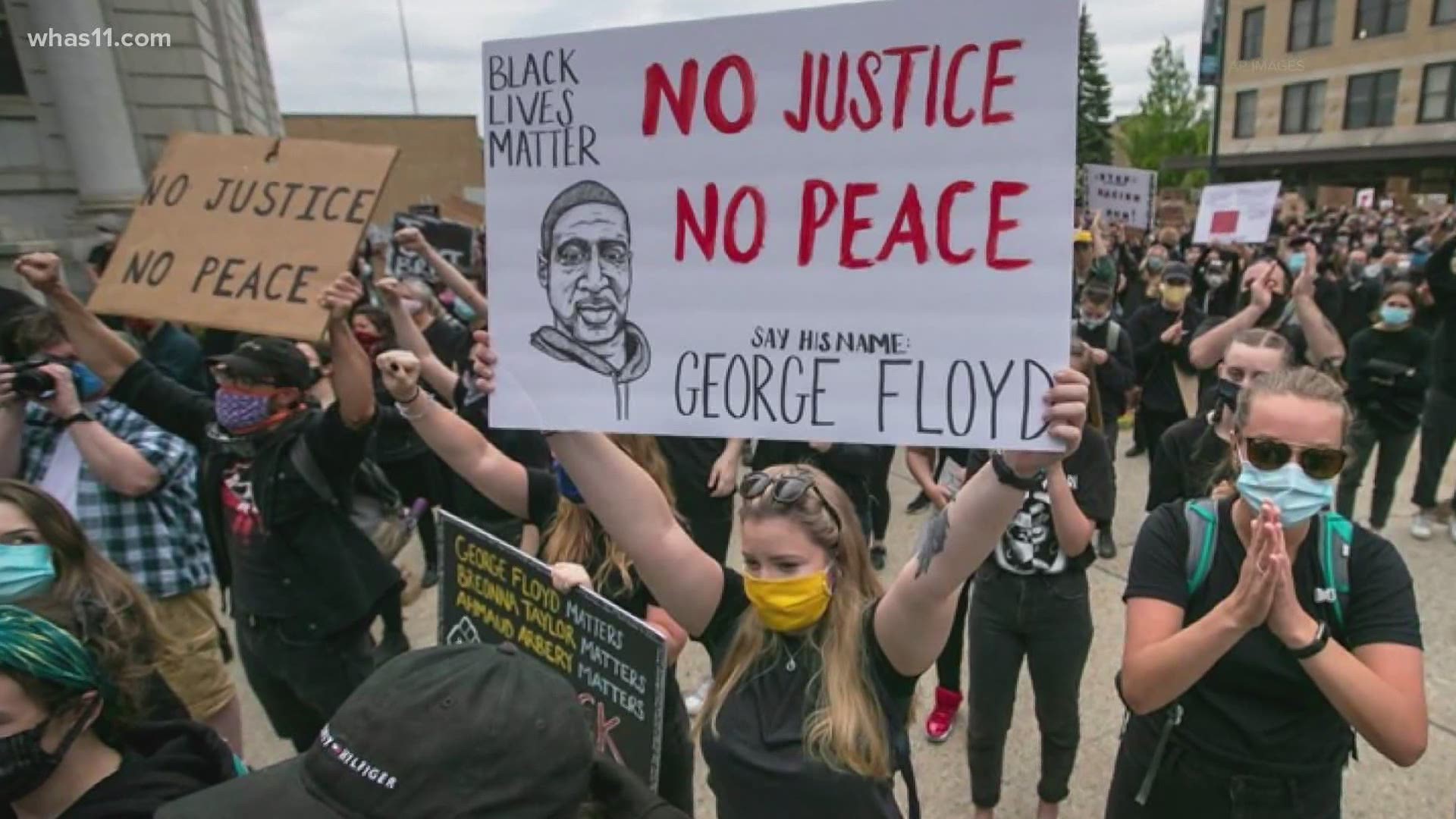 LOUISVILLE, Ky. — Thousands of people will be in Washington D.C. Friday to protest against police brutality on what will be the 57th anniversary of Dr. Martin Luther King Jr.'s "I Have a Dream" speech during the first March on Washington.

Dozens of civil rights activists from Louisville will make the trip in addition to the family of Breonna Taylor. Neal Robertson, president of the West Louisville Urban Coalition, said he and his wife were flying to the nation's capital to take part in the 'Commitment' March on Washington.

"This is a very historical event that's going to be a part of our lives, and to be able to tell our grandkids and even our kids — to let them understand that we went there to do our small part," Robertson said.

The rally is titled "Get Your Knee Off our Necks," a call for criminal justice reform and racial equality. Rev. Al Sharpton, the National Action Network, Martin Luther King III, attorney Benjamin Crump and families of police brutality victims will lead the march.

In addition to Breonna Taylor's family, the families of George Floyd and Eric Garner are expected to speak.

Despite the global pandemic, Robertson says he's willing to travel and fight for their lives. Sharpton said face coverings will be required and participants will be given one if they do not have one. Gloves and hand sanitizer will also be given out.

"One thing is for sure we're going to die anyway from something, but I rather it not be from a gunshot wound or from police brutality," Robertson said.

He and his wife were not the only people at Louisville Muhammad Ali Airport waiting for their flight.

"People have paved the way, and I just appreciate that young people are out here fighting," one woman said. "For all the ones fighting for justice, it's been a long time coming and we need to end this."

Gracie Lewis, who has been a community activist in Louisville for about 40 years and a member of the Kentucky Alliance Against Racist and Political Repression, will hop on her flight Friday morning. Lewis said she hopes that their action results in serious reform to address inequality in the country.

"I really want to see comprehensive police reform done. We have talked about it and now is the time to act," Lewis said. "I think right now we have a good opportunity with the young people consistently on the streets."

Participants will begin filing into the National Mall beginning at 5 a.m. WHAS11 will have more from its D.C. affiliates Friday online and on-air.