Breonna Taylor's family and New York’s Until Freedom led a large rally in Frankfort demanding charges for the officers and a statewide ban on no-knock warrants. 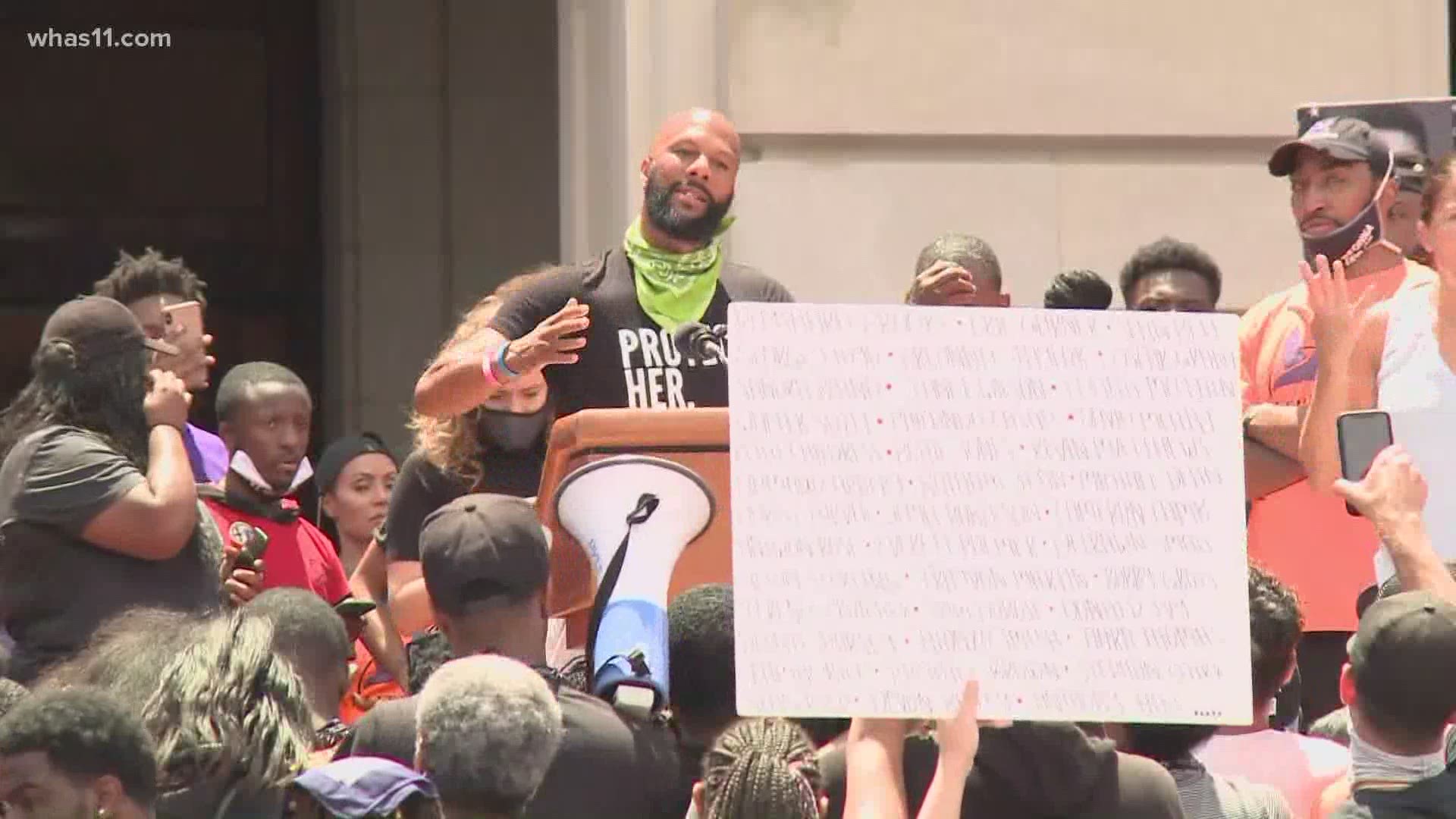 A large crowd, including Taylor's mother, her boyfriend Kenneth Walker and celebrities aimed their messages at Attorney General Daniel Cameron.

Rappers MC Lyte, Common, and actress Jada Pinkett Smith along with her children Willow and Jaden traveled to Frankfort to stand in solidarity with Breonna Taylor’s mother. Grammy-winning artist Alicia Keys hosted a virtual rally in conjunction with the in-person rally.

For the first time Taylor's boyfriend, Kenneth Walker, spoke publicly by thanking his supporters who stood by him.

"I know y'all ain't heard a lot from me if anything, but I just want to let y'all know I appreciate the love and support for me and most definitely for Breonna she definitely would've appreciated it too," Walker said.

"What we need is justice for our sister Breonna and that's why we are here today and that's why my family is here with me today," Pinkett Smith said.

Common read a poem he penned for Taylor.

"The date Breonna took her last breath was the day I took my first breath," he said. "March 13th is my birthday and I will always honor Breonna on that day and to the spirit of Breonna I want to say I'm sorry we had to meet this way."

Taylor's mother left a sign of her daughter's face in front of the steps of the Capitol Building and outside the Governor's Mansion. She hopes the signs remind state representatives that they are here for the long-haul.

Taylor's case has sparked local and national outrage and has brought attention to policing policies in the Louisville community.

The Frankfort rally comes a week after, Brett Hankison, one of the three officers involved in the death of Breonna Taylor, was fired on June 19.

According to his termination letter, Hankison violated procedure when he fired 10 rounds into Breonna Taylor's apartment while executing a search warrant the night of her death.

Hankinson's attorney filed an appeal Wednesday arguing Hankison did not "blindly" fire his gun and did not lack cognizance of the direction in which he fired, but acted in quick response to gunfire directed at himself and other officers.

The three other officers involved in Taylor's shooting, Myles Cosgrove and Jonathan Mattingly and Joshua Jaynes are on administrative reassignment.

1 / 12
AP
As Tamika Palmer, left, the mother of Breonna Taylor looks on, the artist Common addresses the crowd gathered on the steps of at the Kentucky State Capitol in Frankfort, Ky., Thursday, June 25, 2020. The rally was held to demand justice in the death of Taylor who was killed in her apartment by members of the Louisville Metro Police Department on March 13, 2020. (AP Photo/Timothy D. Easley)