Advocates fear House Floor Amendments 2 and 3 to a bill that would limit no-knock warrants would cause a repeat of what happened to Breonna Taylor. 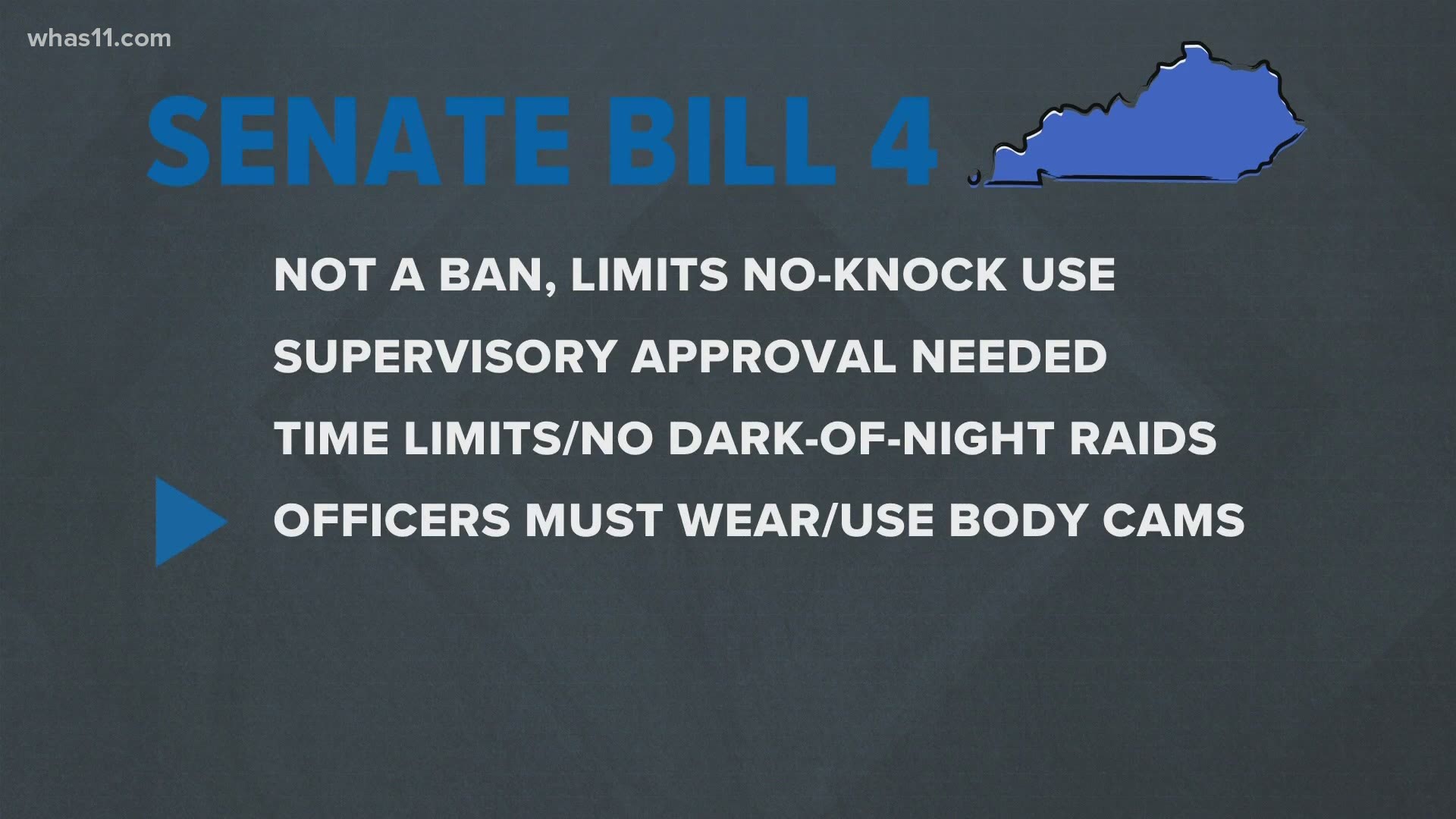 LOUISVILLE, Ky. — Two days after the one-year mark of Breonna Taylor's death at the hands of LMPD officers, some Louisville groups are raising concerns over proposed changes to a bill that would limit no-knock warrants.

Senate Bill 4 limits the use of no-knock warrants to only violent crime investigations. It would strengthen the approval process, prevent raids after 10 pm and require activated body cameras.

"Senate Bill 4 doesn't go far enough but it is a significant step in the right direction towards justice," organizing coordinator at ACLU of Kentucky, Marcus Jackson said.

Members of the ACLU, NAACP and Black Lives Matter Louisville were among those in attendance on a zoom webinar Monday to talk about why they fear House Floor Amendments 2 and 3 to Senate Bill 4 would cause a repeat of what happened to Breonna Taylor.

Floor Amendment 2 would change the time of raids from the 10 p.m. cutoff to midnight instead.

"Most people are asleep by that time of night and that is the first brick in the foundation for a repeat of what happened to Ms. Taylor," president of Kentucky NAACP, Marcus Ray said.

Floor Amendment 2 would also allow any type of officer to execute a no-knock and allow any recording device issued by the government to serve as an alternative to body cameras.

"[The amendments] would create an end-run around the training, the supervision and procedural safety checks that in any other industry would be standard," chair of justice and advocacy at the commission of the Kentucky Council of Churches, Rev. Kent Gilbert said.

"I am by no means trying to highjack [Senate Bill 4] as a matter of fact I'm supportive of this piece of legislation," Blanton said.

Blanton believes smaller police departments will struggle if only certain officers can execute no-knocks in the case of an emergency.

"In rural areas of Kentucky we don’t have [special response teams] and access to those may be several hours away so we have to have an example in certain circumstances where officers who are obviously POPS certified can take necessary action when needed."

Blanton said most smaller agencies have a lack of resources such as body cameras.

"So [my amendment] simply will say a camcorder or other recording device which can be audio and record in its entirety," he said.

Blanton said his Floor Amendment 2 will not be called on, but said he is working on another one that won't include a change to the 10 p.m. cutoff time of executing no-knocks.