Protesters traveled from Atlanta, Georgia to Louisville Friday, leading a rally for justice in the Breonna Taylor investigation. 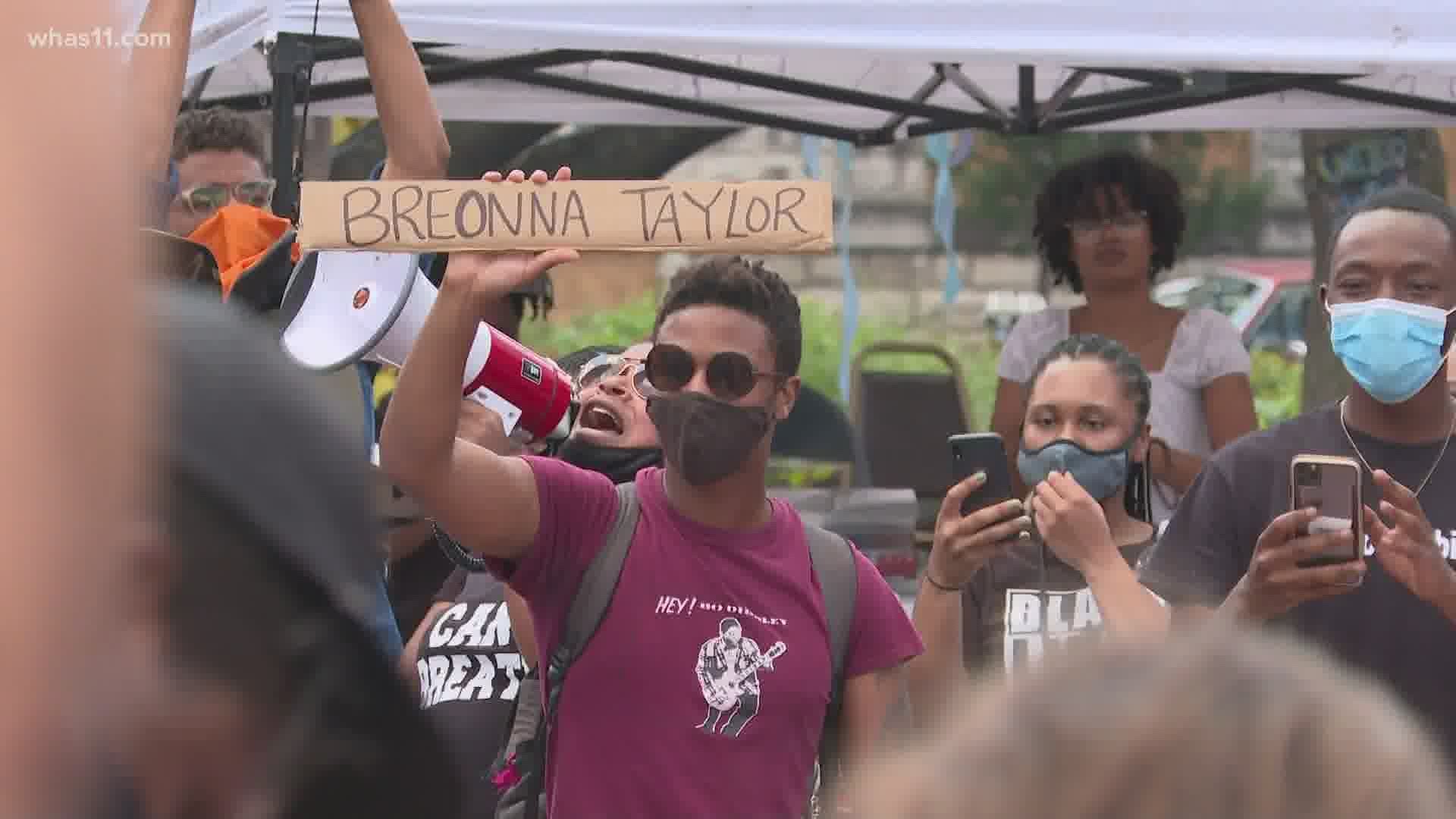 LOUISVILLE, Ky. — A caravan of charter buses filled with protesters from Atlanta, Georgia arrived in Louisville Friday, leading a rally for justice in the Breonna Taylor investigation.

The People's Uprising Task Force called the event its inaugural "Good Trouble Ride," a nod to the Freedom Riders of the 60s and late Congressman John Lewis.

Protesters left Georgia at around 3 a.m., getting to Louisville  and marching to Jefferson Square Park.

"Oftentimes, when we talk about police violence, we don't talk about the women who have died at the hands of police enough," Georgia State Rep. Bee Nguyen said who serves in Georgia House District 89. "So, I just want to say we are saying her name and we are remembering Breonna Taylor and wanting to uplift her as we continue our work."

The group brought activists, students and even state representatives. They plan to hop back on their buses, traveling to Tennessee to call for justice in the investigation of a Black man's arrest.

The Hamilton County District Attorney's Office is investigating deputies for excessive force after video of Reginald Arrington Jr.'s arrest was released. Arrington was stopped for walking on the wrong side of the wrong after deputies received a call that said a Black man was asking a woman for directions and "may have a weapon."

"We want to go to Alabama next, Mississippi, South Carolina, North Carolina, Virginia – really to cover the whole southern region and to really revive and unite states together," organizer from The People's Uprising, Julius Thomas said. "We want to band together against racism and to end all injustices everywhere."