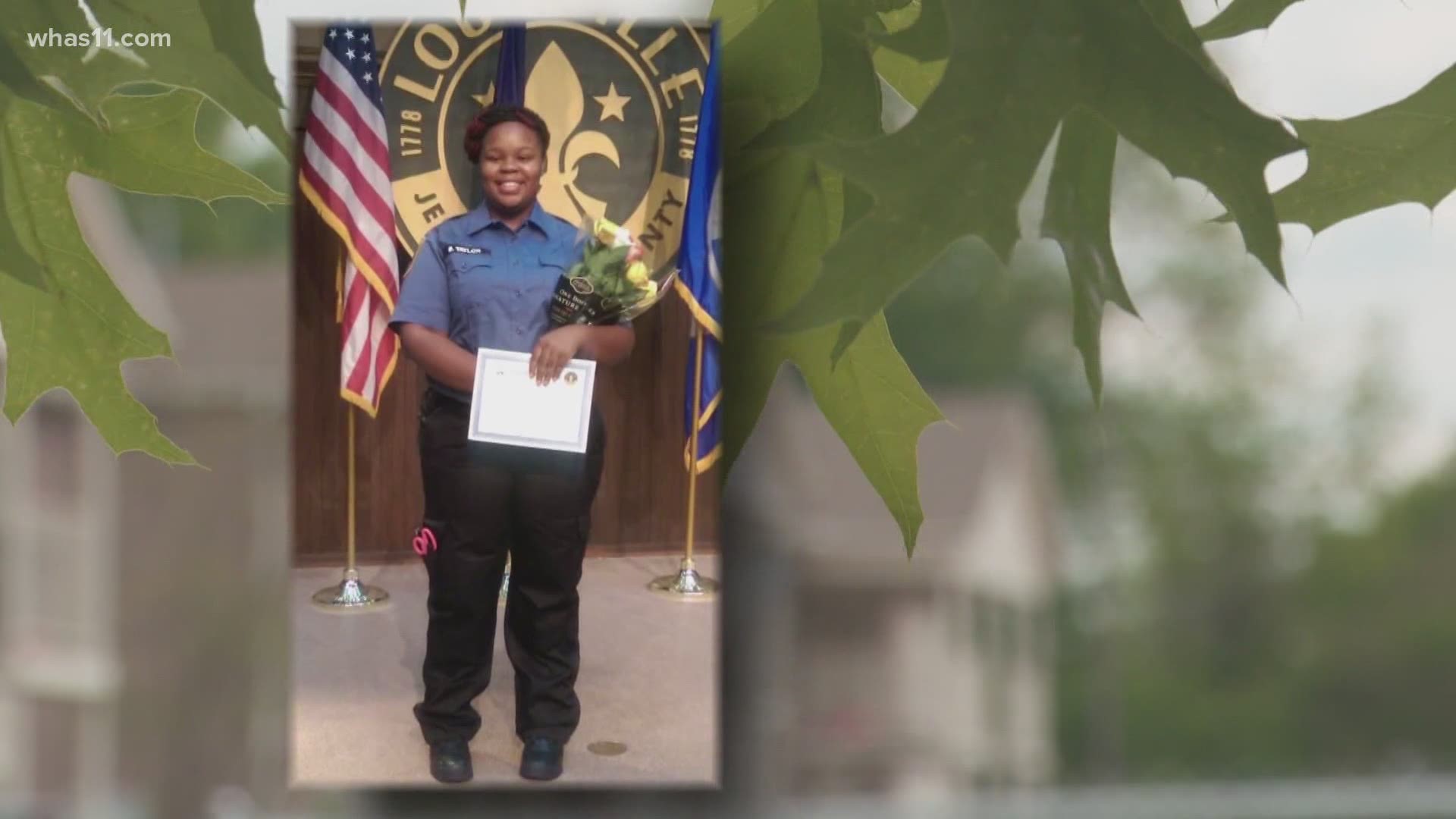 LOUISVILLE, Ky. — Attorneys representing Breonna Taylor's family say Louisville Metro Police tampered with documents on the arrest of a main suspect in a narcotics investigation the night the 27-year-old ER Tech was shot and killed.

Court records show LMPD officers executed two search warrants as a part of the narcotics investigation — one at Taylor's apartment on Springfield Drive and another at Glover's suspected drug house in the 2400 block of Elliott Avenue, about 10 miles away. The records claim both of the warrants were executed at the same time: 12:40 a.m. March 13. Taylor was shot and killed around that same time.

In the amended civil lawsuit against the three officers involved in Taylor's death, it says that police actually executed the warrant for Glover and arrested him around 12 a.m.

Taylor's attorneys say the deadly drug raid was a result of a "reckless" city plan to revitalize a part of West Louisville.

The lawsuit claims LMPD obtained its first five no-knock warrants of the entire year for the project — all primarily targeting Jamarcus Glover and the two people who lived in his home on Elliott Avenue because it was allegedly in the way of the city's project.

Lawyers claim the city has been using police officers to remove people and homes like Glover's on Elliott Avenue to make room for a large real estate development project.

In a statement Louisville leaders called the allegations a 'gross mischaracterization of the project.' "Those are outrageous allegations without foundation or supporting facts," Mayor Greg Fischer's spokesperson, Jean Porter said in a statement. "They are insulting to the neighborhood members of the Vision Russell initiative and all the people involved in the years of work being done to revitalize the neighborhoods of west Louisville."

Attorneys claim this past winter police had been targeting Glover and the other two people who lived with him, Adrian Walker and Crenshaw.

According to Taylor's no-knock warrant officers said they once witnessed Glover leaving her home with a package and also saw a car registered to her outside of his house. Officer Joshua Jaynes said in the affidavit that Taylor had a white Chevy Impala which was parked in front of Glover's home on several occasions. Attorneys sayJaynes did not represent the "incredibly stale nature of this intelligence" adding Taylor had replaced this Impala in January of 2020 with a Dodge Charger.

Lawyers believe five no-knock warrants were obtained March 12 all targeting possible locations of Glover and the two other suspects.

Police were instructed to only execute three of the five no-knock warrants (2424, 2425 and 2426 Elliott Avenue), so long as their targets were present and apprehended, according to the new claims.

One of those warrants was for Taylor's apartment at 3003 Springfield Drive. An LMPD warrants whiteboard in the lawsuit shows her home was only meant for surveillance just in case Glover and the other two targets were not found.

More than 60 police officers were assigned to the Elliott location, according to the new claims.

When they couldn't find Glover, EMS was put on standby outside of Taylor's home at 11:12 p.m. Sgt. John Mattingly was allegedly listed as one of the main "eyes."

Attorneys believe some police were wearing body cameras at Elliott and had real-time recordings taking place on LMPD’s pole camera down the road.

Almost immediately upon Glover entering the house on Elliott, police made entry and detained the persons inside, according to the suit. When Glover was found, the suit states the initial raid of Taylor's home was called off.

However, attorneys say the other two targets, Walker and Crenshaw were not located yet. They point to that to explain why police made a "reckless decision" to break into Taylor's home thinking the suspects were inside. The suit says seven officials were on scene during Taylor's raid.

"Connecting the dots, it’s clear that these officers should never have been at Breonna Taylor’s home in the first place, and that they invaded the residence with no probable cause," national civil rights attorney, Ben Crump said in a statement. The officers who robbed Breonna of her life — and Tamika Palmer of her daughter — exhibited outrageous, reckless, willful, wanton and unlawful conduct."

RELATED: WNBA jerseys to include names of women who died from violence, brutality

RELATED: 'I want them to remember who they are' | Mural pays tribute to Breonna Taylor, David McAtee

RELATED: Louisville protest leaders and LMPD come together for discussion to understand each other