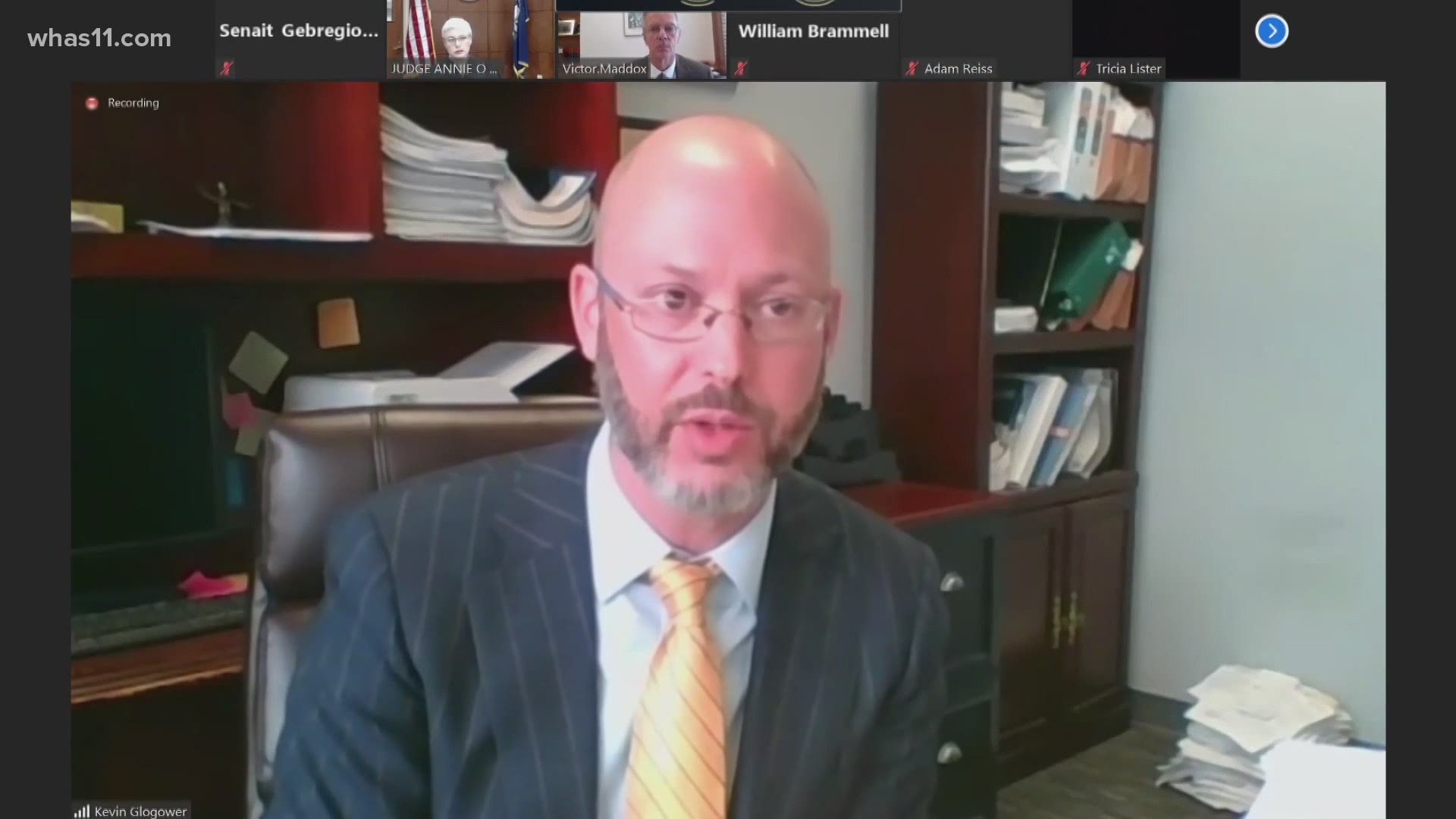 LOUISVILLE, Ky. — Kentucky Attorney General Daniel Cameron has asked a judge to deny a grand juror in the Breonna Taylor case the ability to speak publicly.

"I concluded that it sought to undermine the foundation of the criminal justice system in the Commonwealth of Kentucky and more specifically the grand jury secrecy that is the foundation of that system," said Victor Maddox, who heads the civil branch in the Office of the Attorney General.

"I don’t know what you’re hiding," Glogower said. "The PIU file is public, the grand jury’s recordings have been released, discovery will hit the file at some point and there will be more there."

Cameron said in his filed motion Wednesday he has "no concerns about a grand juror sharing their thoughts or opinions about his office’s involvement" in the Breonna Taylor case. In his statement he said "A ruling in a single division of a circuit court in a highly publicized case may have immediate ramifications in all 57 circuits across the Commonwealth, KCAA needs to be on the record."

"You can’t say you don’t want somebody to respond to definitive statements you’re making about what they did when you’re out there talking about all of it and then sit back there and say 'I’m sorry,'" Glogower said.

Maddox argued the grand juror was coming forward because they were "unhappy with a press conference that Cameron gave on Sept. 23."

"The press conference that had been anticipated on a national basis for months," Maddox said. "Somehow [Glogower] is suggesting that merely having that conference and satisfying the public's interest and understanding the nature of the grand jury determination...that that should somehow have never have happened."

Since the recordings of the grand jury proceedings have been released, Judge O'Connell asked Glogower what information he believes has not been released yet.

"I think there are questions asked that were not included in the recording," Glogower said.

Maddox pointed to the 2014 shooting case of Michael Brown in Ferguson, Missouri as an example to support his argument. A grand juror in the Brown case also asked to speak publicly which was eventually denied. Glogower argued Brown's case is "off track" because there was no true bill that was ever returned in that case.

"We don’t know what anonymous grand juror number one might choose to say and it seems to me that it would be extraordinary for this court to green light that kind of public presentation in the midst of an ongoing criminal trial," Maddox said referring to former Detective Brett Hankison's ongoing criminal trial.

Hankison was indicted on three counts of wanton endangerment for shooting into the home of Taylor's neighbor.

"From their point of view and this process how can that undermine Detective Hankison's fair trial?" O'Connell asked Maddox.

"It could seriously jeopardize his due process rights and certainly lead to public condemnation," Maddox answered.

Glogower said his client's intention is not to "throw anyone under the bus."

"We’re here to discuss certain mischaracterizations that have been laid upon the public," Glogower said.

The hearing wrapped up with O'Connell saying she will make a ruling as soon as possible.