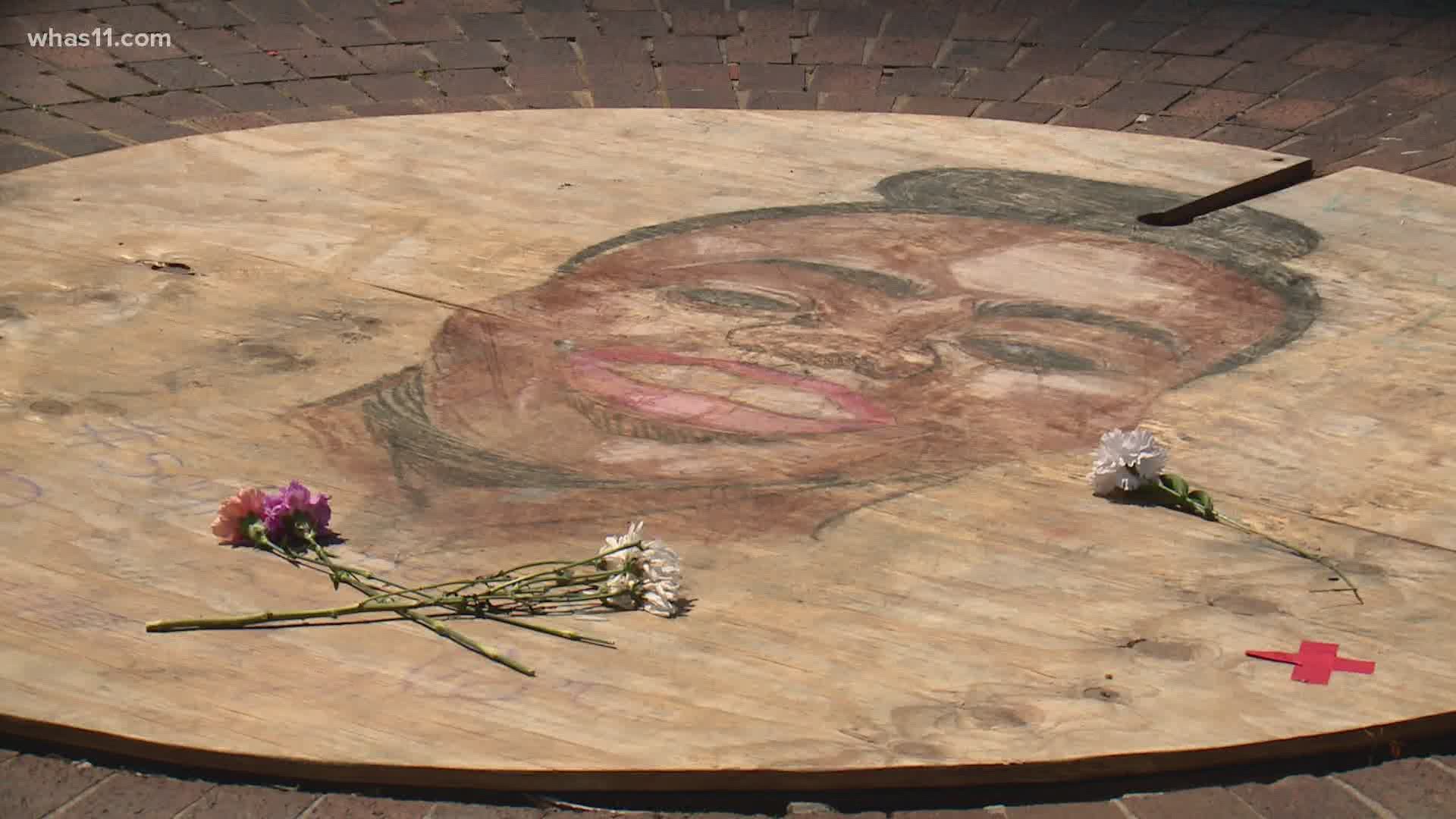 "White coats for Black Lives" has been seen at protests throughout the country, calling for the end of racism. Their stop at Jefferson Square Park has a special meeting, as speakers called out Taylor's work as an EMT.

Taylor was a former EMT, working as an emergency room technician at UofL when she died.

UofL Health announced it will create a nursing scholarship in honor of Taylor, a four-year renewable award that will cover full tuition and fees. The board of directors said preference will be granted to a black female who is a Kentucky resident.

“Breonna was a member of our UofL Health family,” said UofL Health CEO Tom Miller. “We grieve her loss, but we are hopeful her legacy can inspire meaningful change."

"Breonna is smiling down knowing that there will be a path for students to pursue nursing degrees without accumulating student loan debt," Palmer said.

On the same day, JCPS teachers and students also participated in demonstrations. Palmer made an appearance at Jefferson Square Park, thanking everyone for keeping Taylor's name alive for the world to know.