'I can assure you at the end of our investigation, we will do what is right': Kentucky AG asks for patience in Breonna Taylor case

Attorney General Daniel Cameron did not give a timeline for when an announcement on his findings will be made, but promised a thorough and fair investigation. 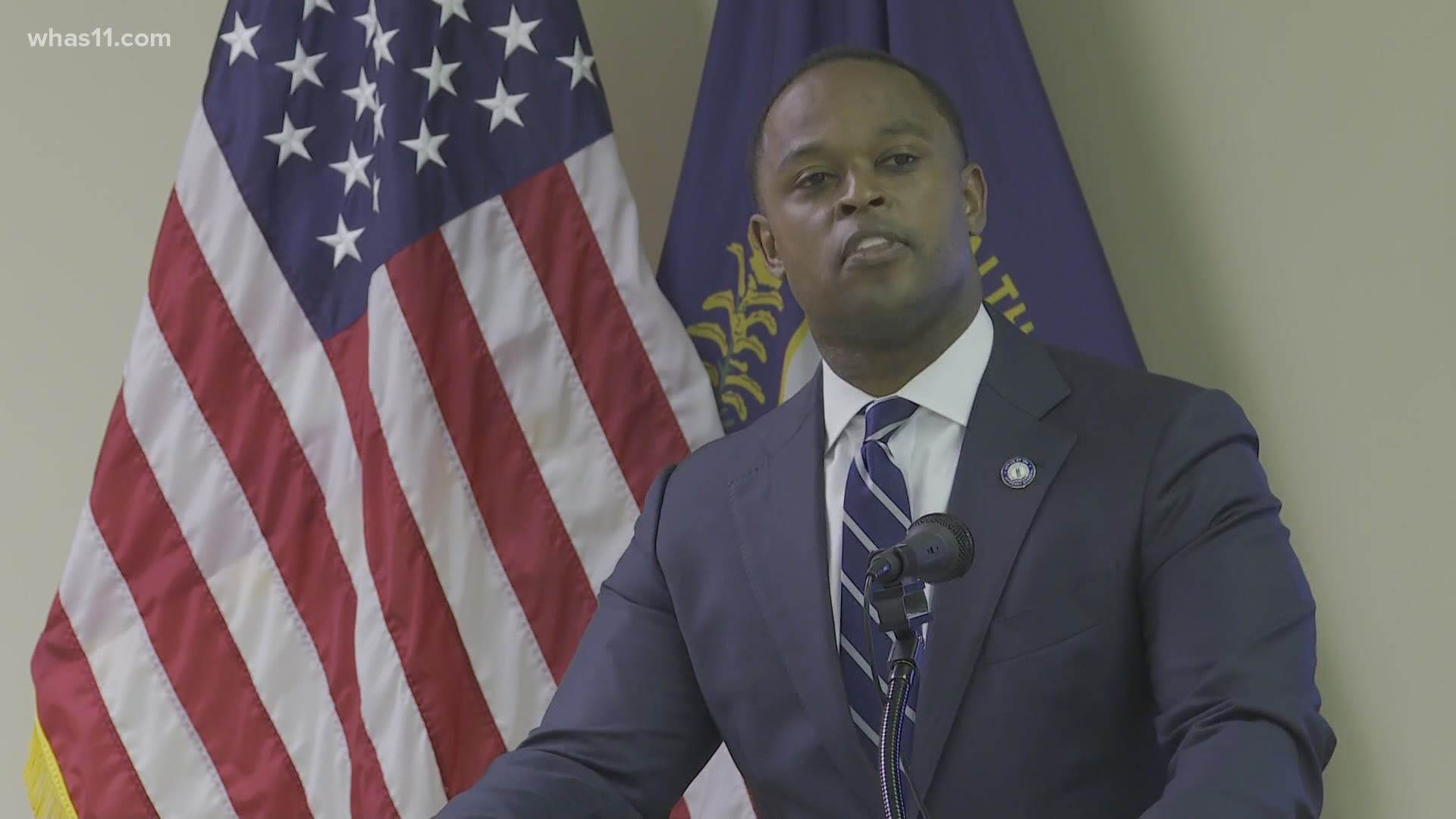 Cameron held an informational session Thursday to explain his role as special prosecutor and to ensure everyone he is taking the case seriously. Cameron would not go into specifics about Taylor's case.

While rumors have appeared online saying there will be no charges to the officers involved in Taylor's death, Cameron's said the investigation is still ongoing.

"An investigation of this magnitude, when done correctly, requires time and patience," Cameron said. "However, I can assure you at the end of our investigation, we will do what is right. We will find the truth."

The attorney general did not give a timeline for when people can expect his decision, saying that while he understands the urgency, the case will take time.

"We are not going to strike foul blows in this case we are going to pursue the truth based upon the law whether that lands to convictions or exonerations," Cameron said. "Because we need the flexibility to fully investigate the facts, I am not going to provide a specific date that our investigation will be concluded.”

Cameron said his office is "working around the clock," continuing its own independent investigation in addition to getting information from the Louisville Metro Police Department's Public Integrity Unit investigation.

The attorney general said there is a team of around six to seven prosecutors working on the case who have more than 200 years of experience combined. Cameron does not have trial experience.

His office was asked to look into the case on May 13th. Cameron said a few weeks after that request he started receiving materials from LMPD's public integrity unit's investigation. During the informational session the attorney general said he has been receiving materials incrementally and is continuing to receive them to date.

The FBI has previously announced it opened investigation into Taylor's death as well. Special Agent Robert Brown is in charge of their investigation.

Taylor died on March 13 when Louisville Metro police entered her apartment on a no-knock search warrant as part of a drug trafficking investigation. Police said they were met with gunshots when they entered the home. They returned fire, killing Taylor.

The warrant revealed neither Taylor nor her boyfriend in the apartment were the main subjects of the warrant. She and her address were listed in connection to the two subjects: 30-year-old Jamarcus Glover and 27-year-old Adrian Walker.

Taylor's boyfriend, Kenneth Walker, was charged with attempted murder after he shot Sgt. Jonathan Mattingly that night. Walker gave a statement saying he shot from inside the apartment, thinking the apartment was being broken into.

WHAS11 will be at the Capitol to cover the press conference, and will livestream it.

RELATED: Breonna Taylor's family attorney denies rumor that officers will not be charged