As Louisville reached its 100th homicide, a community activist is using 'Breeway Warriors' basketball to bring the youth together. 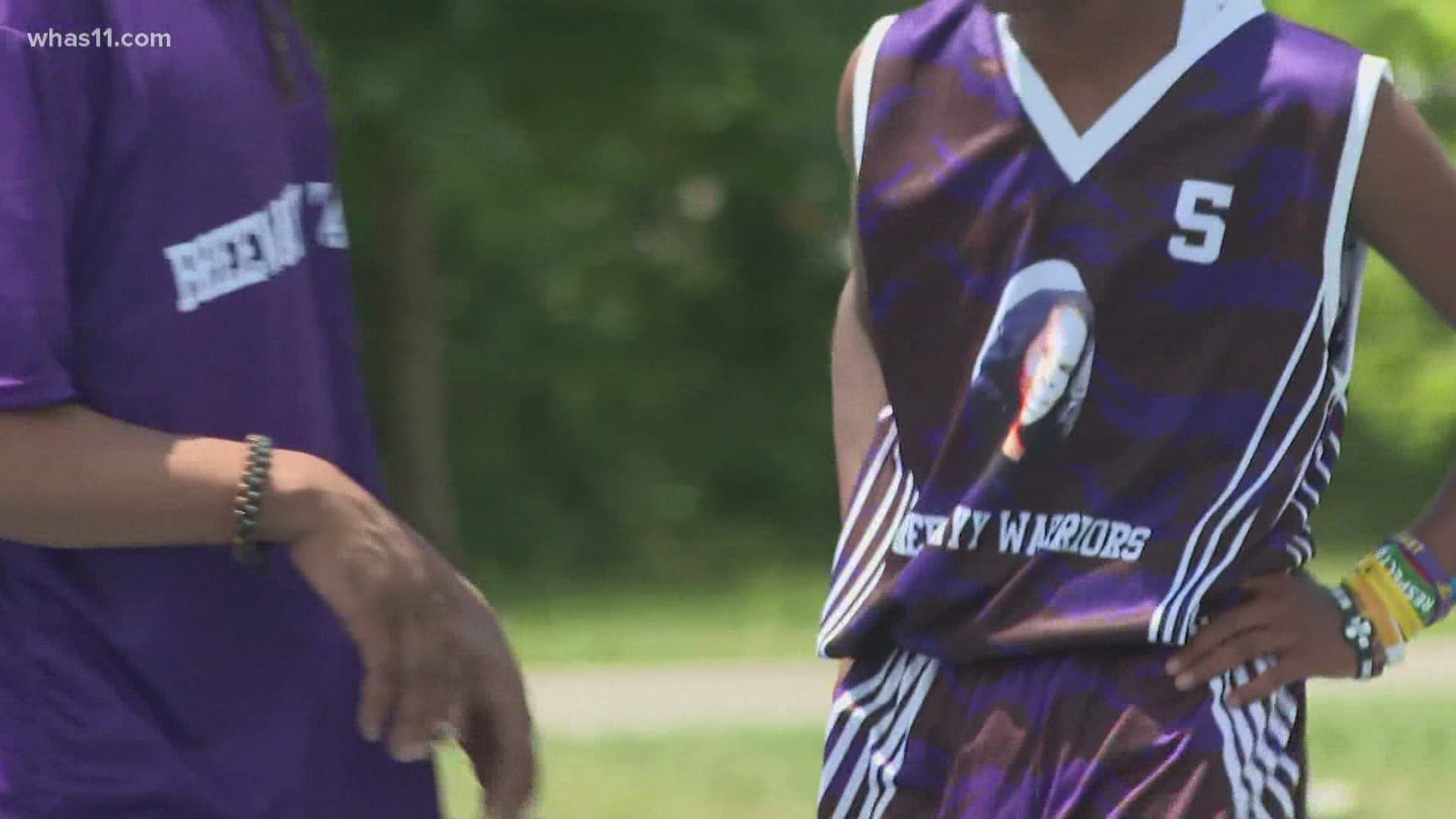 LOUISVILLE, Ky. — As Louisville reached its 100th homicide in less than six months into the year, a community activist is using basketball to bring the youth together while honoring Breonna Taylor.

Coach Bruce Sweeney II is hoping the new team will help keep kids out of trouble this summer.

"I want to focus on student athletes," Sweeney sad. "It's just another plan to get the kids out, have a good time because it's a whole lot going on in Louisville right now."

Sweeney marched with Breonna Taylor protesters in summer 2020 for more than 100 days. The movement is the inspiration behind his new AAU junior basketball team called 'Breeway Warriors.'

"We still haven't got justice for [Breonna Taylor] so I thought maybe this was just some type of spark to ease the pain until we get justice," Sweeney said.

Aside from social justice, the team promotes education to give kids access to resources.

At least a dozen players have been recruited.

"If you're mad, like, you can go out and play basketball," 13-year-old team member Keshawn Johnson said. "It helps release stress and it's fun, competitive, it's everything in one."

The recent violence hits home for the team because one of their members, 15-year-old Demetri Rhodes, was shot dead in the Shawnee neighborhood in early June.

Coach Sweeney hopes the team will prevent another life lost to senseless violence.

"I feel more safer when I'm around [my team]," Johnson said. "This is another outlet for that also for kids to get out of the streets and have something to do outside of gangs, selling drugs and all that type of stuff – this is a positive outlet."

The team will host a tournament in the Portland neighborhood Friday, June 25.