Breaking your silence: First-hand accounts from our first responders and their families

Our Stressed Into Silence series has prompted several of you to come forward with your experiences with PTSD. These are your stories. 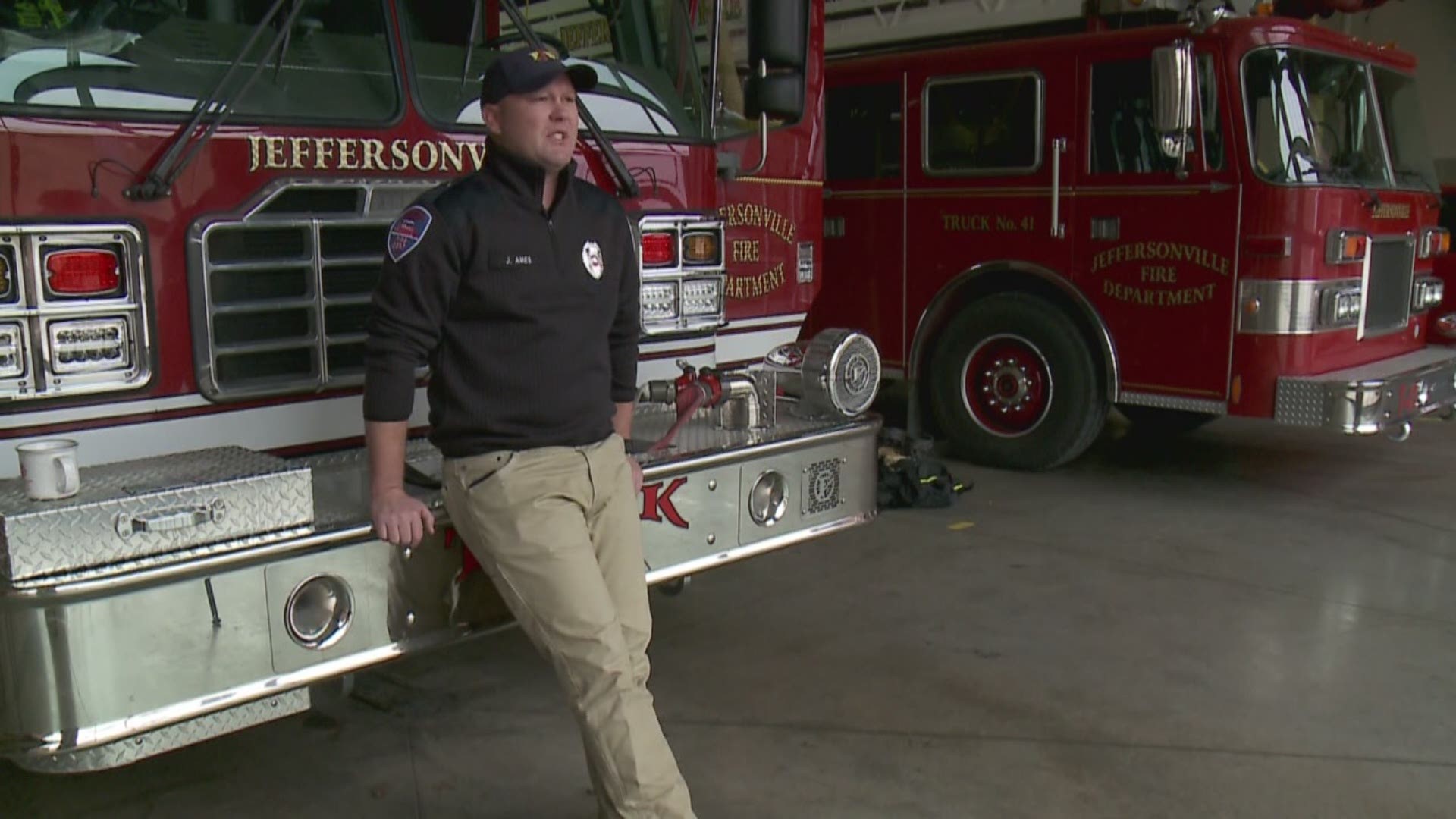 Over the last week, WHAS11 has aired a series called, Stressed into Silence, shedding light on Post-Traumatic Stress Disorder (PTSD) among first responders. Their stories - raw and powerful. The vulnerability of those who came forward have inspired others to break the silence.

These are your stories.

Kelly was a Boone County 911 dispatcher for 20 years and a Code 9 Project ambassador. She reached out to us to talk about her husband, Mike.

"My husband committed suicide in January of 2016. He was a police officer for 19 years and a marine veteran. I saw Jo Terry's story and I appreciate your work in this topic. It is so important. he worked for the Boone County Sheriff's Department and Newport Police."

See more of Kelly's story in this video.

"Thank you for doing this piece. My husband retired this year after working 25+ years in EMS as a Paramedic and over 18 years as a volunteer firefighter. His PTSD was diagnosed this past summer after he began to have horrible nightmares of past runs.

He's talked some about what he dealt with over the years but it's not something that is usually brought to light until it's too late. These men and women feel that they can't talk about it, they will look weak and it's their job to be strong; especially since they are the ones being turned to in a desperate time.

My greatest fear used to be that he wouldn't come back from a call. Now my greatest fear is that one of those calls will take him away. He has been talking to a counselor and it is helping but there needs to be more done to help these men and women.

It's not just the first responders either, but the 911 dispatchers also. Their story is just as important.

Thank you for bringing this story out. These wonderful people are so much more than ambulance drivers and fire truck drivers. They take these calls to heart."

"My husband committed suicide on 10/29/2013. He had been on Irvington Fire Dept for 32 years and I was there as a firefighter also, I only 22 years. I was a dispatcher in West Point where I grew up and we met while I was working one night.

I know I saw a lot of disturbing scenes and I know he had seen more than me.

He had talked about suicide a few yrs before he went into the backyard at 2:30 a.m. and called dispatch for an ambulance for a self-inflicted gunshot wound and when she asked who had been shot, he said me and hung up and pulled the trigger.

Our fire pagers woke me up to a run at our house. I jumped up out of the bed, ran through the house looking for him and I finally found him laying in the backyard. I ran in and called dispatch to tell them and she said everyone was on the way because he'd called them himself.

It's been hard to get by, quit the department in 2014 and moved away but I'm still friends with people I met over the yrs from other departments. I wanted to thank you for bringing this out to the public."

In May of 2009, Brandon's father - an active firefighter - committed suicide. After seeing our Stressed Into Silence series, he wanted to tell his story. 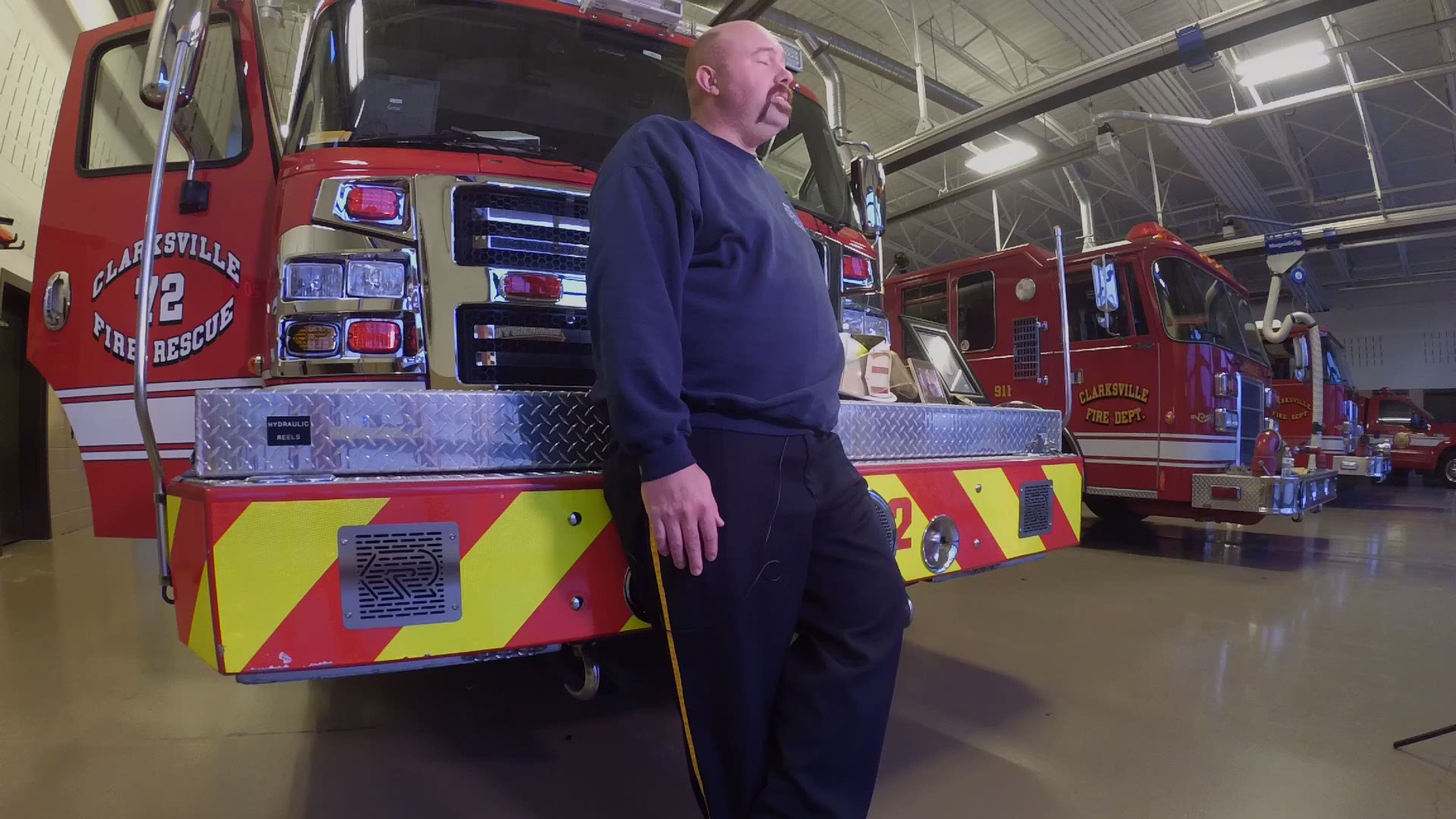 "First I want to thank you for doing this story.

I was one of many EMT's that made the Carrollton bus crash. What else can you say about it? It was the worst I ever experienced. I worked as a volunteer EMS and Firefighter.

It still haunts me today.

I thought it needed to be said. There may be others like me who was there that night. Maybe these can help them too."

"Being in a small community where two of our own firemen were killed in an explosion, I know this first hand.

People left the department. People held things in. It's such a sad thing that they consider the persons affected as unfit for duty.

But that is also the reason you have the suicides. No help, no understanding."

Officer Lamont Washington was shot in the line of duty in 2012. He says that talking about his experience is one of the factors that kept him from having more than just physical scars. He hopes that his story can inspire others to come forward.

"Thank you for getting this issue put out there! My Fire Dept in Georgia has had 4 suicides. So glad I was up in Kentucky visiting my family to see this special series! I will definitely share this!"

"It's true, my husband has been a firefighter/EMT for 33 years.

They see it all, most of it isn't pretty.

Like the family of 3 they tried to save on Plaudit. It's like a photo or movie they see in their mind for years. It's haunting and takes its toll on everyone (including spouses).

No one understands. They all say that. His song that describes it is "You Should Have Seen it in Color."

Thanks for bringing this subject to light."

If you have a story you'd like to share, please email Brooke Hasch (bhasch@whas11.com) or Rob Harris (rjharris@whas11.com). You can also send a message to the WHAS11 Facebook page.