What is the city planning to do with its $4 million surplus?

Among other things discussed at the Metro Council meeting tonight, the $4 million surplus was one of the topics that took center stage. 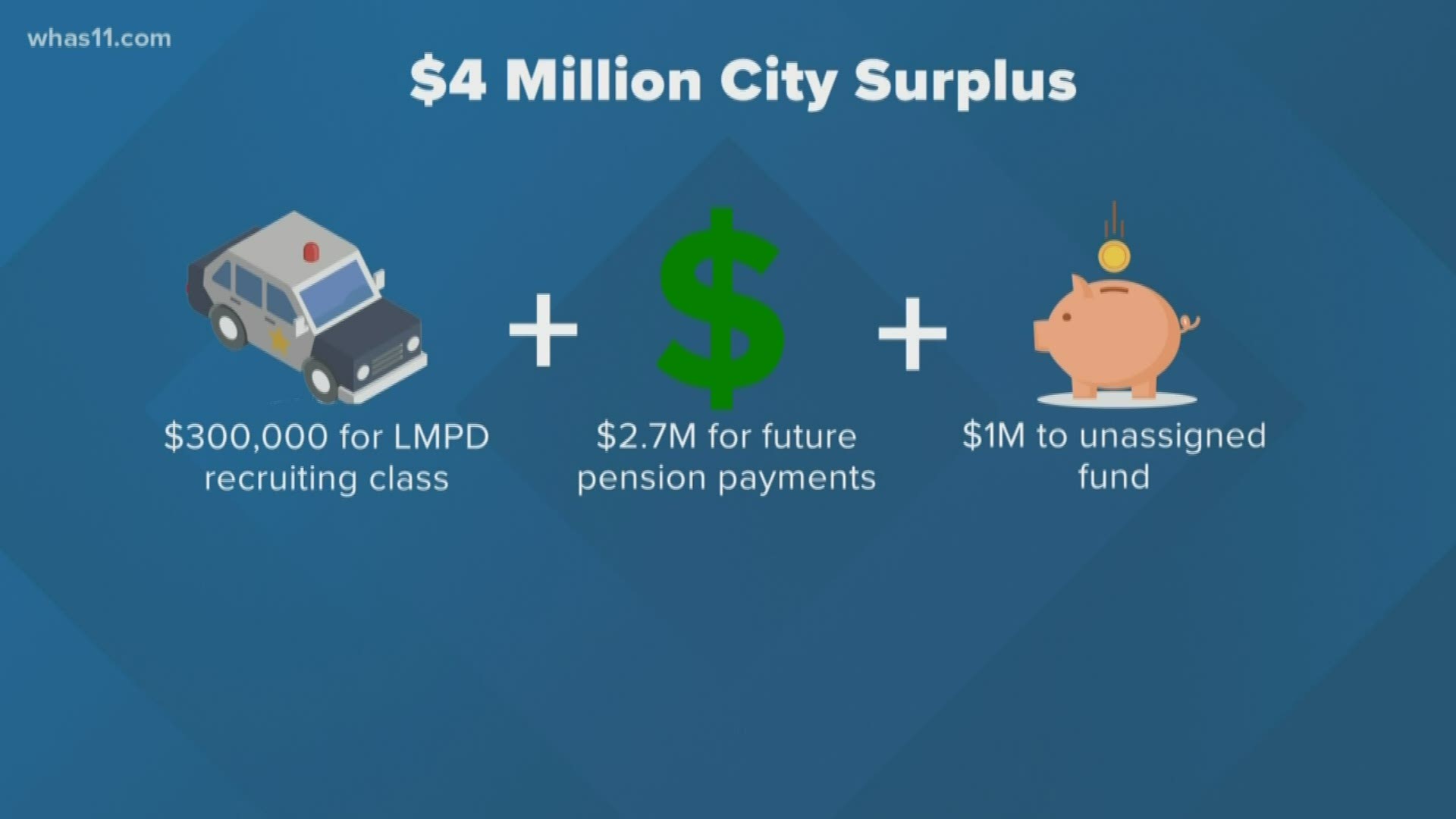 LOUISVILLE, Ky. — Thursday was a busy night for Metro Council. The council had its first reading of an ordinance breaking down what to do with a surprise $4 million surplus.

This money is from the last fiscal year that ended in June 2019, not the most recent budget with millions in cuts.

How did this happen?

The city says more money came in from certain taxes in June than what was expected and that they were already were spending less money after the proposed tax hike failed.

The council's proposal is in line with the one from Mayor Fischer and focuses on three projects:

Many people on social media have asked why the money isn't going to restoring services like pools and libraries that were closed earlier this year. Councilman Bill Hollander says that doesn't make financial sense.

"There are a number of things people wish we could restore, but all of those that have been proposed at least, are recurring expenses and using non-recurring money for recurring expenses, is just a way to get yourself into financial trouble, to be honest," Hollander said.

The budget committee will discuss the proposal on December 5th.