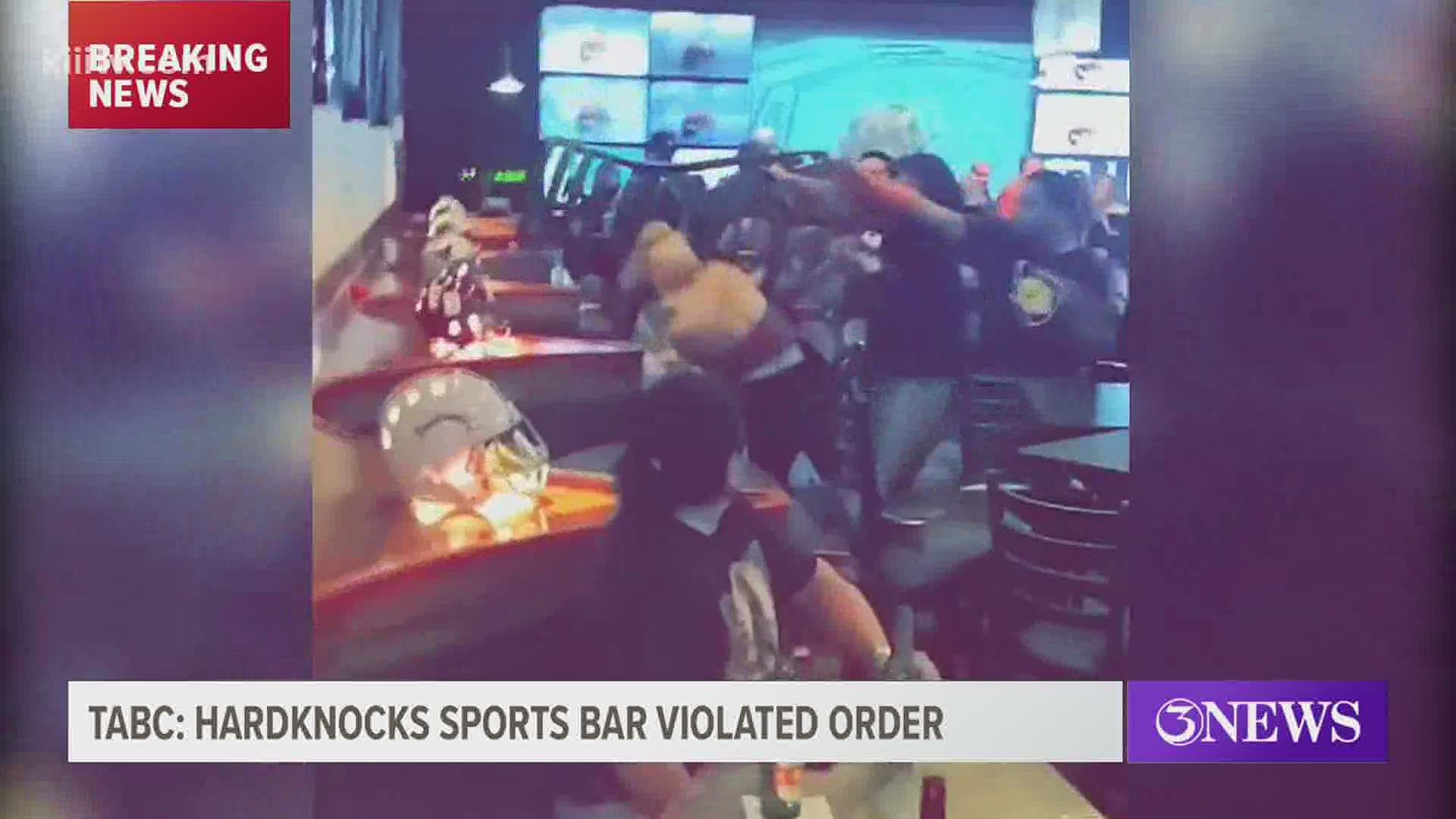 TABC said under Texas Governor Greg Abbott’s June 26 executive order, all Texas bars which make 51-percent or more of sales from alcohol – including HardKnocks – may not allow visitors on the premises.

A viral video is making its way around Facebook in which a violent brawl can be seen at HardKnocks Sports Lounge and Grill.

In the video, an incident inside the bar escalates between two parties, and they begin fighting and throwing bar stools.

Many viewers have reached out to 3News after seeing the viral video on social media and pointed out that no social distancing is being followed by patrons at the bar.

Witnesses said no one in the video is seen wearing masks. Covering your face is a requirement under Governor Abbott's recently administered Executive Order.

Included in Governor Abbott's Executive Orders are guidelines that must be followed by bars or result in a shutdown by the Texas Alcoholic Beverage Code and Administrative.

Mayor Joe McComb said in order for the sports bar to be considered a restaurant, 50-percent of their sales have to come from food.

We reached out to HardKnocks management via phone, but no one answered as of Sunday night. It is unknown if the sports bar was operating at capacity or mask guidelines.

Corpus Christi police officials said they received call just after 12:30 a.m. on Sunday about a fight in progress but all of the involved parties were gone by the time officers arrived. So far the department has not received calls or complaints about the restaurant operating over capacity.

When it comes to complaints about operating outside of the scope of Governor Abbott's order, CCPD officials said they would first make contact with the business via phone and attempt to gain compliance through education.

Nueces County Judge Barbara Canales said she was made aware of the incident and will investigate it with the District Attorney and the TABC.

"Everyone participating in this fight needs to understand that they just subjected themselves and everyone that they have direct contact with to a potential COVID-19 exposure," Canales said. "The risk is real and the hospitals are full. If they want a good fight, fight against COVID-19."

People continue to flock to bars, restaurants, and other social gatherings even though we are in the middle of a pandemic, with local cases soaring.