Liz Childers and Norma Lawrence credit their strength to their mother, who also battled cancer. 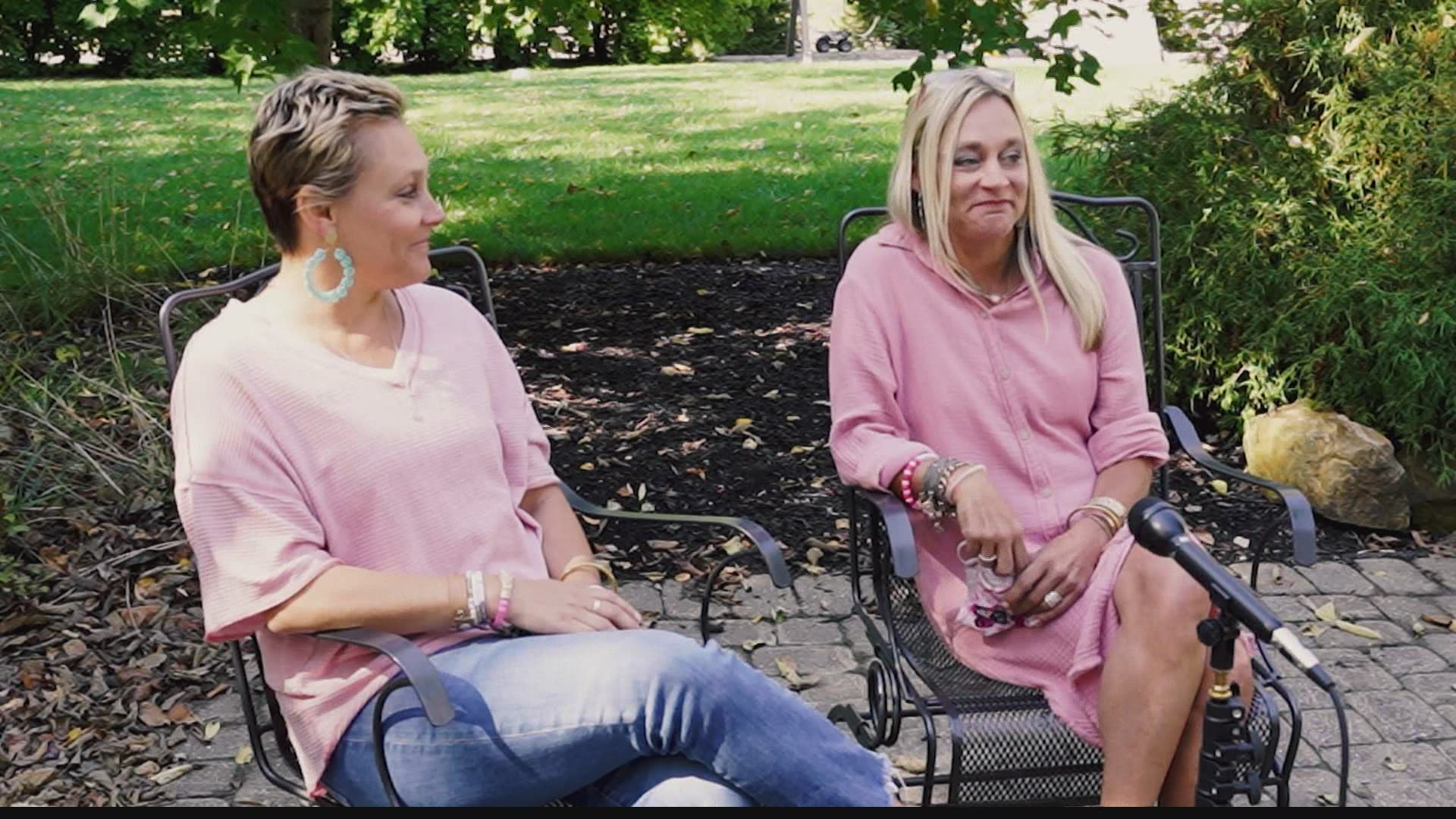 INDIANAPOLIS — When 13News sat down with twin sisters Liz Childers and Norma Lawrence, the conversation started with those dreadful words "You have cancer."

Liz Childers had been on a run with friends and was awaiting her test result. Only one of the friends was aware Liz was expecting to hear from the oncologist. The telephone call came in the middle of their run.

"She told me 'you have cancer'. I look at, only one of them knew about it, my running partners and we just stopped, hugged, cried," said Liz.

"Then we finished our run and I was like 'I got this.'"

Norma shared the moment when she heard the same three words.

"I just cried and called her. I said 'well, ya can't make this up, you know that this is happening to us in the same year,'" said Norma.

Both sisters talked about the importance of a good support system of family and friends.

On Oct. 1 last year, when Breast Cancer Awareness Month kicked off, Liz did a self-exam. She found a lump and received her diagnosis three days later.

Since they are identical twins and to be safe, they did a genetics test which showed cancer was not in the family genes. That gave Norma a false sense of security, and she therefore didn't feel any rush to find out if she was in the clear, as far as a possible diagnosis. Norma canceled a couple of mammogram appointments only to learn in April, during the pandemic quarantine, that she had breast cancer

It sent - and re-sent - both women on emotional rollercoasters.

"I would have a two-day pity party and I remember sitting in the shower one day and saying 'well, this isn't helping,'" Liz said.

"I get really sad when I hear about other women getting diagnosed," Norma added.

The twins credit their strength to their mother. They witnessed her cancer battle until her death in 2004. Now, after both having double mastectomies, they promote early detection.

This month, the sisters raised money for the Komen Cancer Foundation during their shopping event at Lily and Sparrow Boutique in Carmel

Awareness is their main goal, especially after mom's tough fight.

"Take the three hours or four in your day to go get the mammogram versus having a year of your time taken from you," Liz said.

The sisters have also started a help board, where cancer survivors can share about their treatment and cancer experience. People can write on the board about pre- and post-treatment methods and suggestions ranging from comfortable clothing and furniture to comfort foods and support organizations.

Even after their own successful fundraiser, Liz and Norma are not done with awareness. They've also made plans for the Komen Virtual More than Pink Walk.

RELATED: At 22, they said she was 'too young for cancer'

Signing up to receive our monthly e-newsletter is easy! Choose what topics matter most to you: https://t.co/I9VgC4vUrh #breastcancer #news