For hundreds of U.S. citizens who frequently cross the border, shutting down ports of entry could leave them stranded in Mexico. 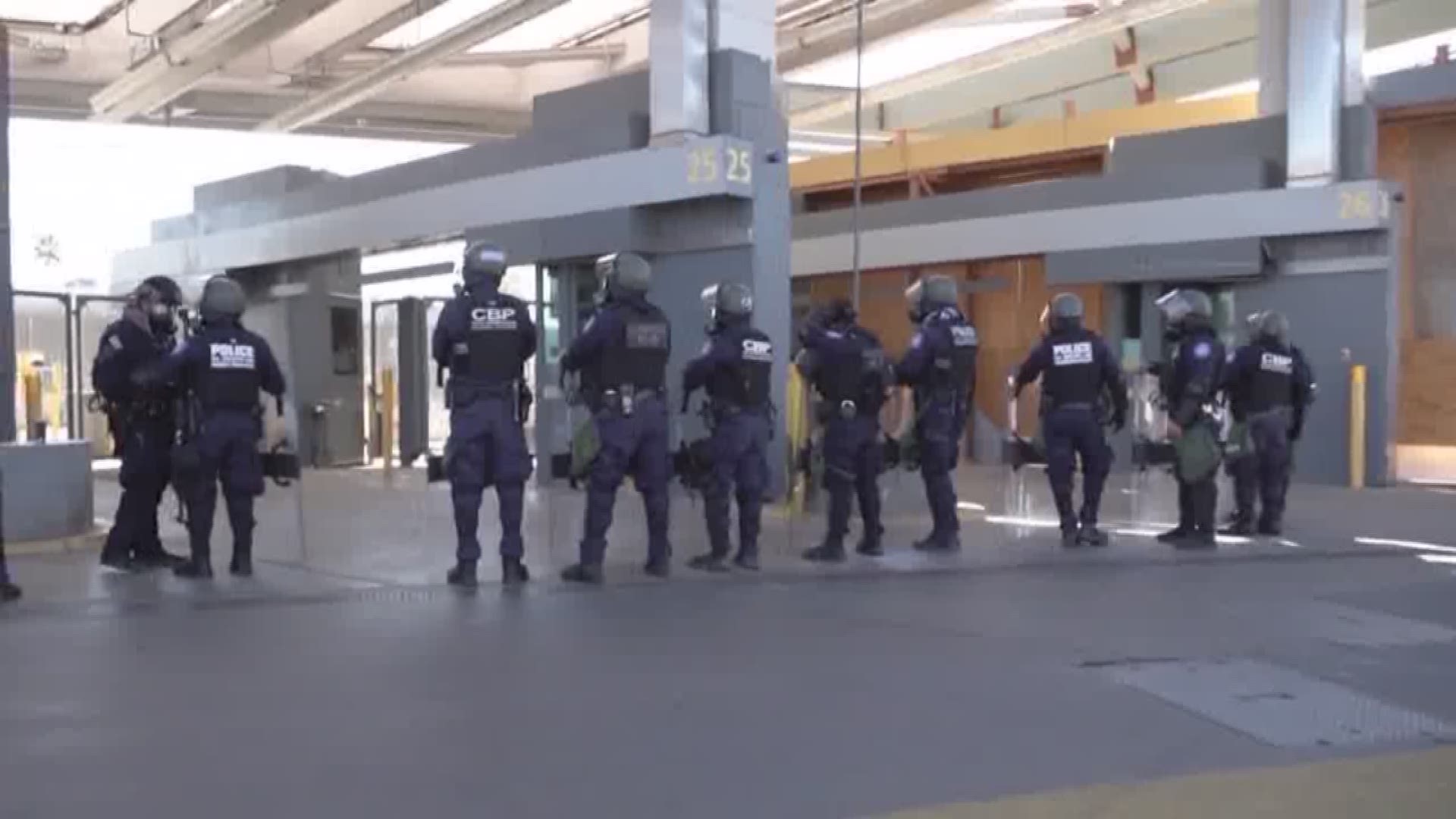 Progreso, Texas — The shutdown of the busiest port of entry at the California-Mexico border — amid clashes between migrants and border agents — has led U.S. citizens and residents to ask themselves a very important question.

What would happen if amid the chaos they’re left stranded along the border in Mexico?

In Texas, hundreds of legal travelers use the Progreso International Bridge to go back and forth between Mexico and the U.S. People simply park their cars next to the bridge and walk across.

It was the scenario border agents had been training for since the migrant caravan began making its way through Mexico. An army of federal police in formation were ready to repel a group of migrants who had split off from a peaceful protest in Tijuana Sunday and made it past a Mexican blockade near the San Ysidro, California port of entry.

“All pedestrians waiting to be processed need to relocate to a designated pedestrian entrance,” a San Ysidro port official said over a loud speaker.

The busiest port in the country had shut down, with potentially hundreds of people who legally cross the border, including U.S. citizens, being turned away and told to go to another port.

“That’s something that would worry me and probably give my mom a heart attack,” said Texas resident Humberto Salinas.

Salinas uses the bridge at least once a week. The possibility of it shutting down and getting stuck in Mexico is something he never thought about.

“If it would be more than a week, I would not be able to survive,” he admitted.

“We heard that he [Trump] might close it down,” they said.

Like the Stalzers, many others depend on the port to remain open.

The events in California proved that shutting down of a port of entry such as Progreso is real. President Trump took to Twitter Monday threatening to shut down the border permanently.

So, what sort of guidance does U.S. Customs and Border Protection give to Americans, residents and other legal travelers?

CBP recommends downloading their phone application or following their Twitter accounts for updates on delays and port closures, but had no other further instructions for people on what to do or how to get to another port safely.

“Once you cross a point over there, it is dangerous,” said Salias as he pointed to the south of the border.