The same algae that killed three dogs from swimming in a pond in North Carolina are floating in almost a dozen Indiana lakes. 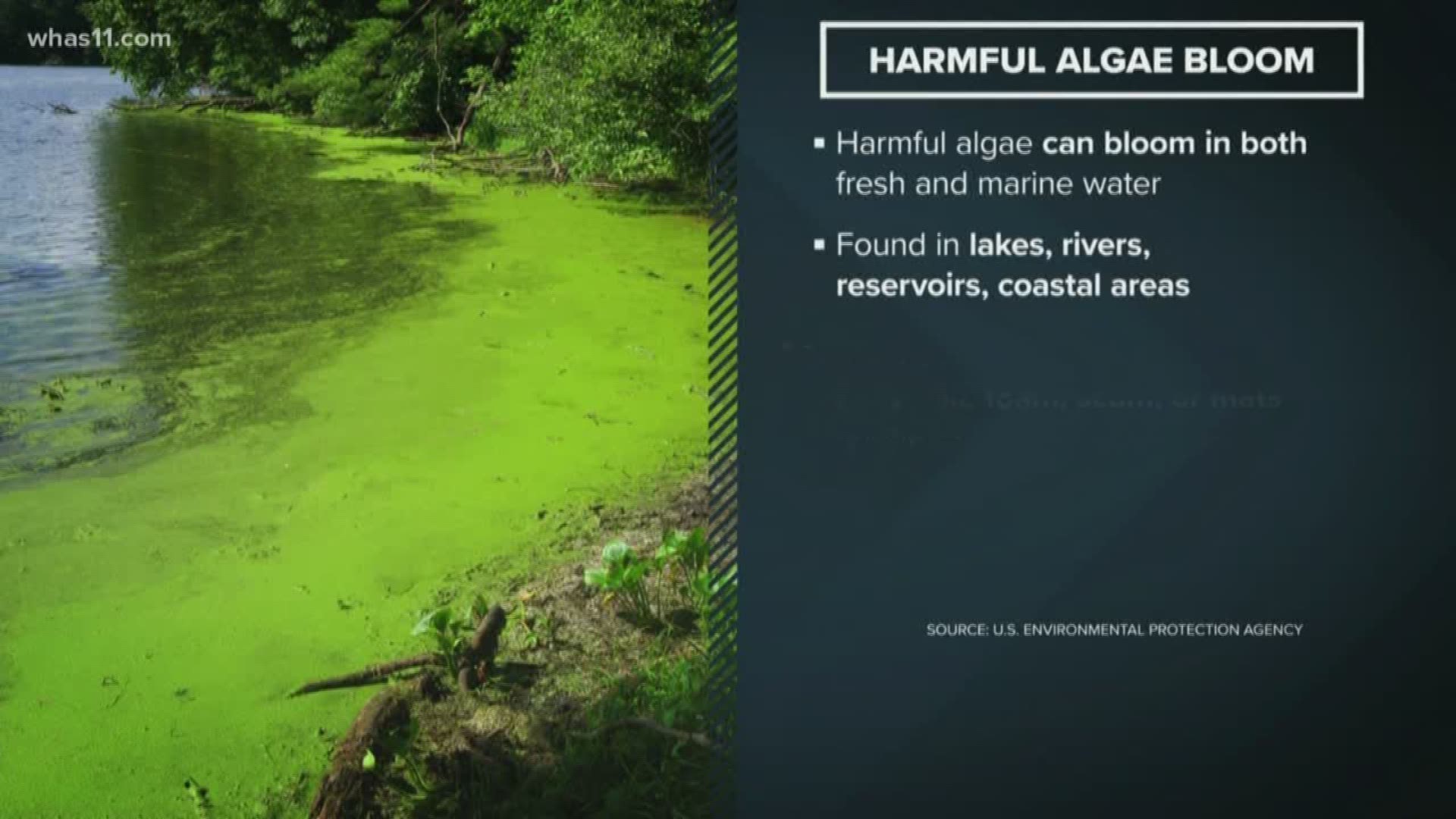 SCOTTSBURG, Ind. — The same algae that killed three dogs from swimming in a pond in North Carolina are floating in almost a dozen Indiana lakes.

The Department of Natural Resources says it is common to find the blooms in lakes in summer months due to the high temperatures. You can still go swimming or boating at Hardy Lake in Scottsburg, but the biggest concern is making sure you do not swallow it and keeping your pets out of the water.

"It's advised not to let your pets in the water, which we do have rules at the park your pets have to be on a leash at all times," assistant property manager of Hardy Lake, Andy Henry said.

According to the DNR, harmful algae can bloom in both fresh and marine water. It is found in lakes, rivers or coastal areas, and it looks like foam, scum or mats on the surface of the water.

"We do have beach attendants who are just observant of the beach goers and help pick up trash," Henry said.

If you ingest it, symptoms include: vomiting, diarrhea, weakness, and difficulty breathing.

"It's still okay to swim," Henry said. "People can come out and we won't stop them from swimming."

Officials are sampling the lakes every two weeks. The last time Hardy Lake was tested was August 5. They are hoping the blooms will dissipate before Labor Day Weekend.