When the Kentucky Derby first started, a majority of the jockeys were Black. A new local business hopes to shine light on that history. 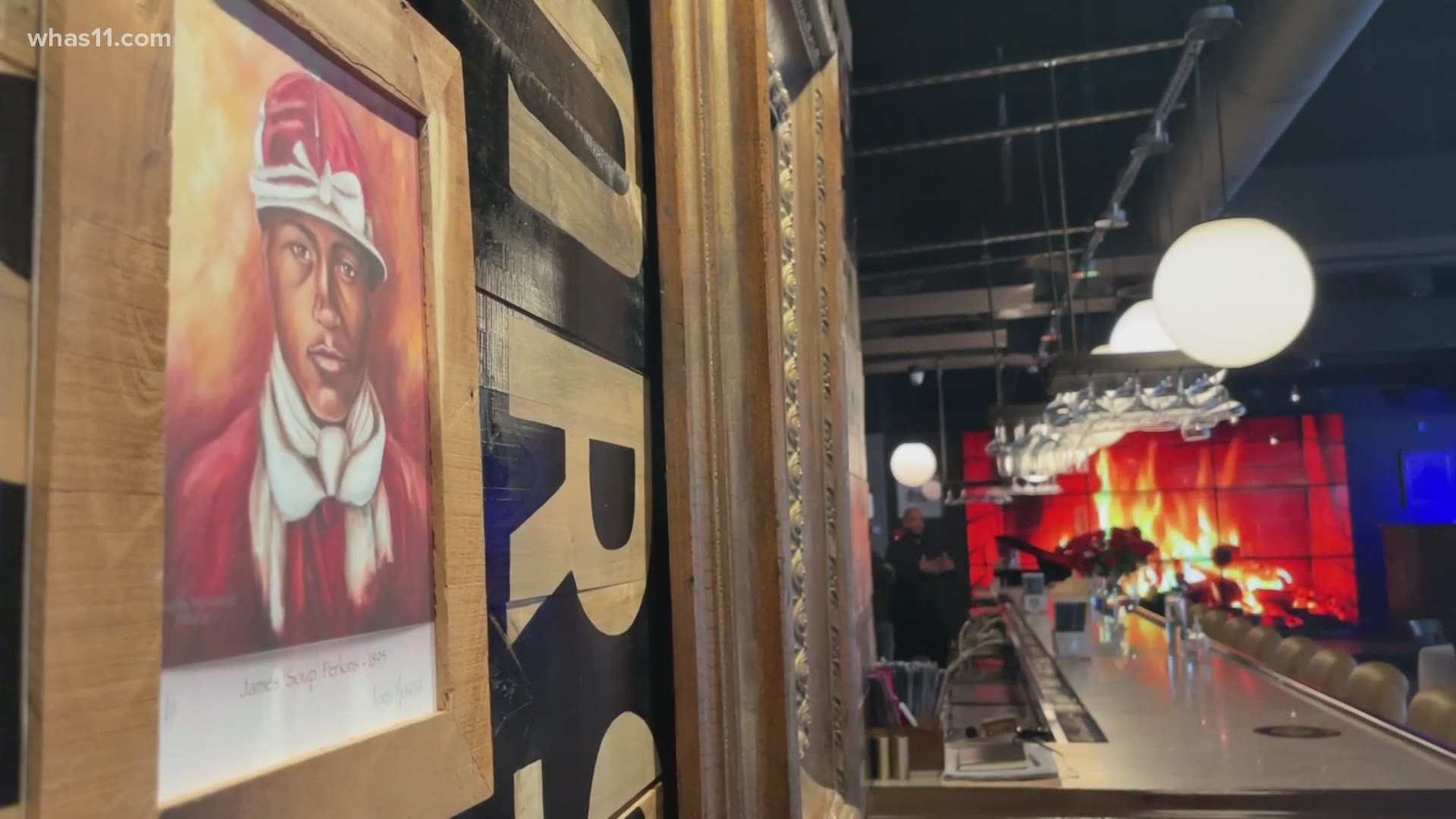 LOUISVILLE, Ky. — Black jockeys used to be the norm in the Kentucky Derby when the sporting event first started. Racism changed that. The jockeys in the Derby now look much different, but that’s not stopping a local business owner from paying tribute to a part of history that’s often forgotten.

This business once known as Encore on 4 is now the Black Jockeys Lounge. Photos of jockeys line the walls and as you explore the lounge, you learn their stories.

In 1875, the very first Kentucky Derby, 13 of the 15 jockeys were Black, including the winner of the race, Oliver Lewis. Fifteen of the first 28 Derbys were won by African American jockeys. Then, the race went decades without a Black person mounting for it.

"At one point, Black men were racing in the Derby and it wasn't uncommon," Bain said.

Even in the 21st century, very few Black jockeys ride in the Derby. This year, Kendrick Carmouche will be the first Black jockey to ride in Kentucky Derby since 2013.

Bain said things don't have to stay this way.

"The more we celebrate and recognize and share our contribution and history, we're hoping that it'll also inspire young people to reengage in the sport and hopefully we'll be able to rebuild that pipeline," Bain said.

This year's Oaks and Derby events at the lounge are sold out, but they plan to host new events next year.