“I envision her walking in and going, 'you need me. You need to hire me.' And probably the police chief going, 'yes ma’am.'" 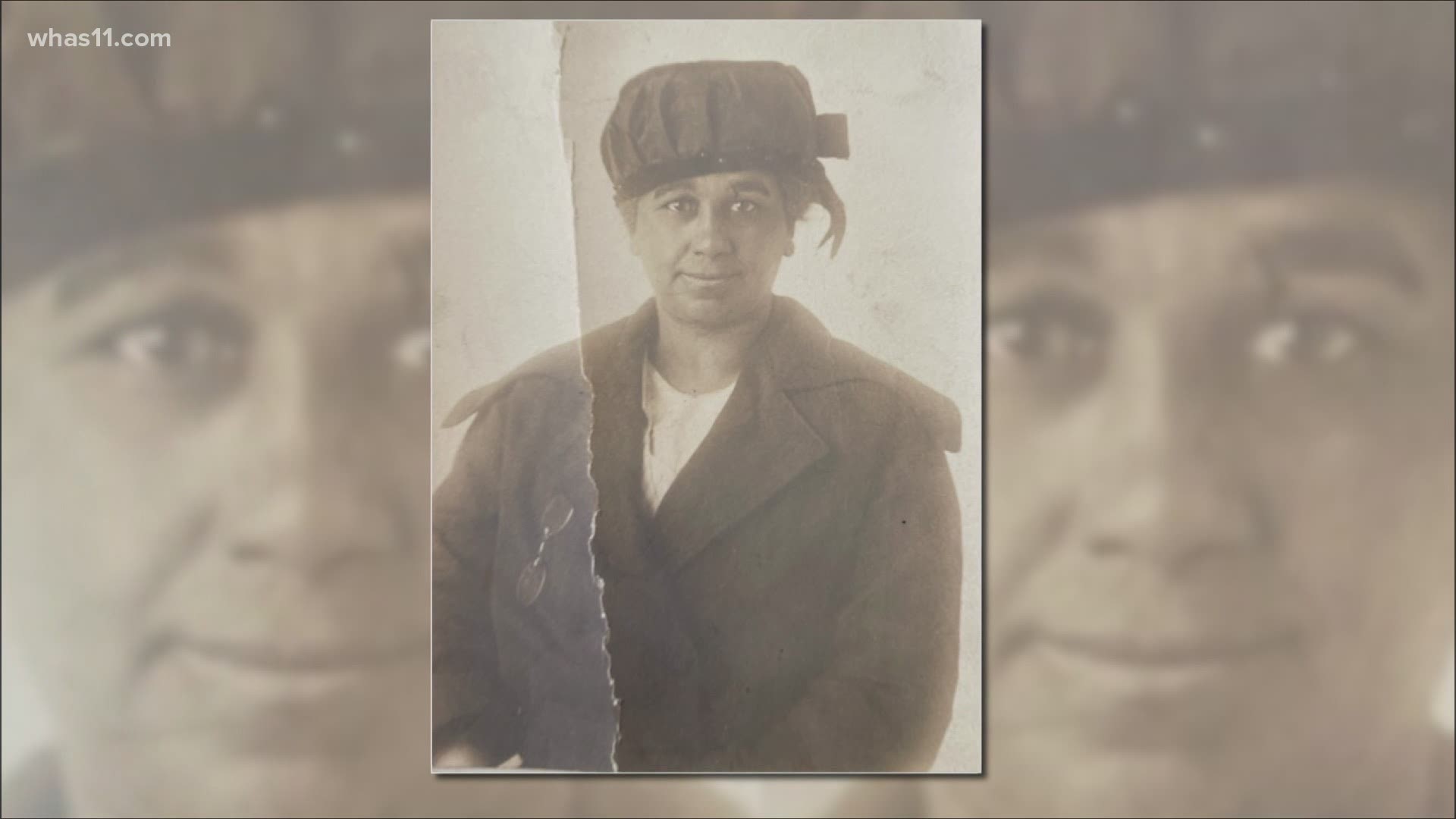 LOUISVILLE, Ky. — The year was 1922. America was still segregated and women had only been given the right to vote two year prior. But a woman named Bertha Whedbee would step into a role that would symbolize progress for both women and the Black community throughout Louisville.

“This lady was tough. You just look at her picture, and go, I don’t think I want to mess with her. I think she’d keep everybody in line," Shawn Herron, a police historian said.

Whedbee was a wife, mother and kindergarten teacher in her late 30’s when she changed career paths after a heated discussion with Louisville’s then police chief.

“She was mad at him for bringing her into the station, because her son had acted up," Herron said.

Demanding change, she lobbied for a job.

“I envision her walking in and going, you need me, you need to hire me.  And probably the police chief going, yes ma’am," Herron said.

In March of 1922, Whedbee was hired as the department’s first Black female officer. She joined only one other woman, Alice Dunlop, hired months before.

“From everything I could tell, they were glad to bring them in and fill a gap. And then we kind of fell away from it for a while and that bothers me," Herron said.

Both women were expected to police within their own race, and handle troubled young girls.

"They were considered full police officers, different than a few years later, when they hired women to be traffic officers," Herron said.

A lawyer by trade, with a passion for criminal justice and history, Shawn Herron began researching Whedbee a few years ago, eager to learn more about her. Herron's spent decades working with Louisville law enforcement and now spends her days with the Louisville Metropolitan Public Safety Museum.

"I went to Louisville Cemetery where [Bertha] was buried, by Saint X on Poplar Level Road," Herron said.

It wasn’t easy to find her, perhaps because there was no marking at her grave site.

About a dozen plots away, lay her husband, Dr. Ellis Whedbee.

"He was a mover and shaker of the original Red Cross Hospital on Shelby Street, which was the only place African Americans could go at that time for medical treatment," Herron said.

Whedbee spent five years with the department at which time, Herron believes she became very active in her husband’s hospital effort.

Herron wrote about the couple in a blog and shortly after, a reader took note. A fundraiser was created to buy a headstone for the couple and in 2018, a ceremony was held at Officer Whedbee’s gravesite to mark the occasion.

“It was pretty emotional for me to be standing there next to the grave site of a trailblazer who made it possible for me, quite frankly, to be here where I am today," Major Andrea Brown, the commander of LMPD's 8th Division said.

Credit: LMPD
In 2018, the Whedbees finally received a headstone. The couple honored by LMPD at a ceremony at Bertha's graveside in the Louisville Cemetery.

Brown says in a male dominated field, it's still a struggle to recruit women within the police department, especially minorities.

"I hope this will be common place for us for females and Black females and we’ll be able to support one another and stand on each other’s shoulder. A lot's changing and as women, we’re doing it, we’re absolutely doing it," Maj. Brown said.

Today, each new hire is progress in a world of equality the Whedbees could only have dreamed.

"She had to have a great deal of determination and courage. For that I salute officer Whedbee and all the female officers doing it today," Maj. Brown said.

Paving the way forward. Remembering the moments that matter.

“There’s so much we’ve lost. I don’t want to lose anymore. I want to capture it, save it and preserve it for the next generation," Herron said. “We’ve got to go back and remember these things, because if we don’t, they’re gone."