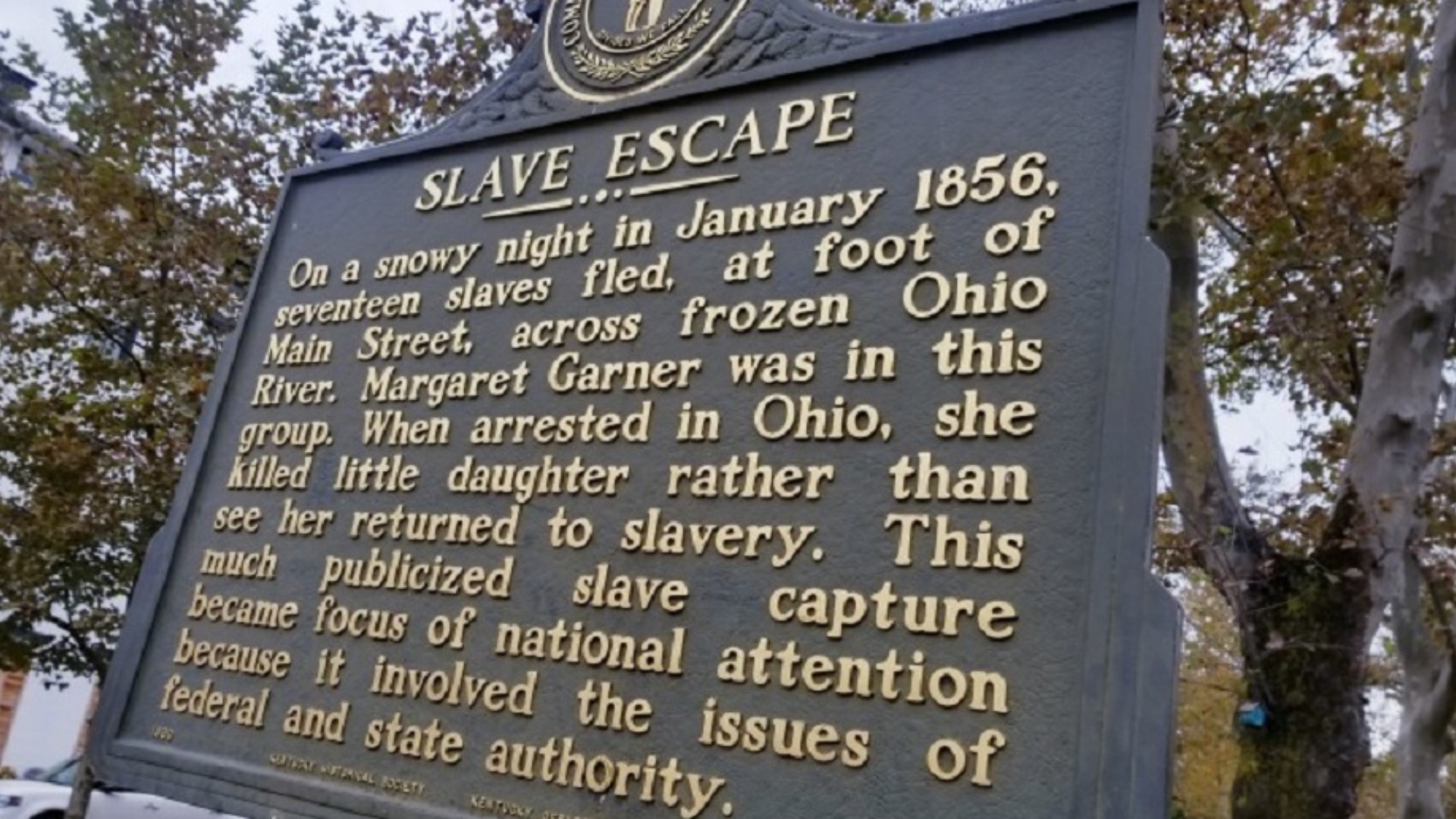 In January 1856 Margaret Garner, a slave in Boone County, Kentucky made a dramatic escape to freedom to Ohio. Her husband and four children were with her.

According to the Boone County Kentucky Historical Society, Garner and her family were among 17 slaves who became fugitives that night. The Garners were pursued and captured by their owners and US Marshals at the home of Margaret's freed cousin, Elijah Kite, near Mill Creek in Cincinnati. The other nine slaves found safe houses and were successful in their escape.

Federal marshals caught up with the family just hours after they arrived to hide out on the property of freed slaves in Cincinnati, according to the Kentucky Commission on Human Rights.

Garner killed two of her children, wounded two others and tried to take her own life rather than return to slavery. The other two children survived and Garner was tried for the death of her daughter, according to published accounts of the incident.

According to the Cincinnati History Library and Archives, Garner had hoped to be tried on charges of murder in a free state. She wanted to be treated as a free person and thus her children would be considered free as well.

The decision after two weeks was that this was not a murder case but a fugitive slave case. She and her family were viewed as “property.” The family was returned to slavery.

Toni Morrison's Nobel Prize-winning novel 'Beloved' was based on Margaret Garner's story. Oprah later made it into a movie starring herself and Danny Glover.

WHAS11 will bring you little known Black History from around Kentucky this month. Feel free to share any stories you would like to see us cover.