It's a community few people know about or remember. It dates back to post-Civil War but was demolished more than 70 years ago. 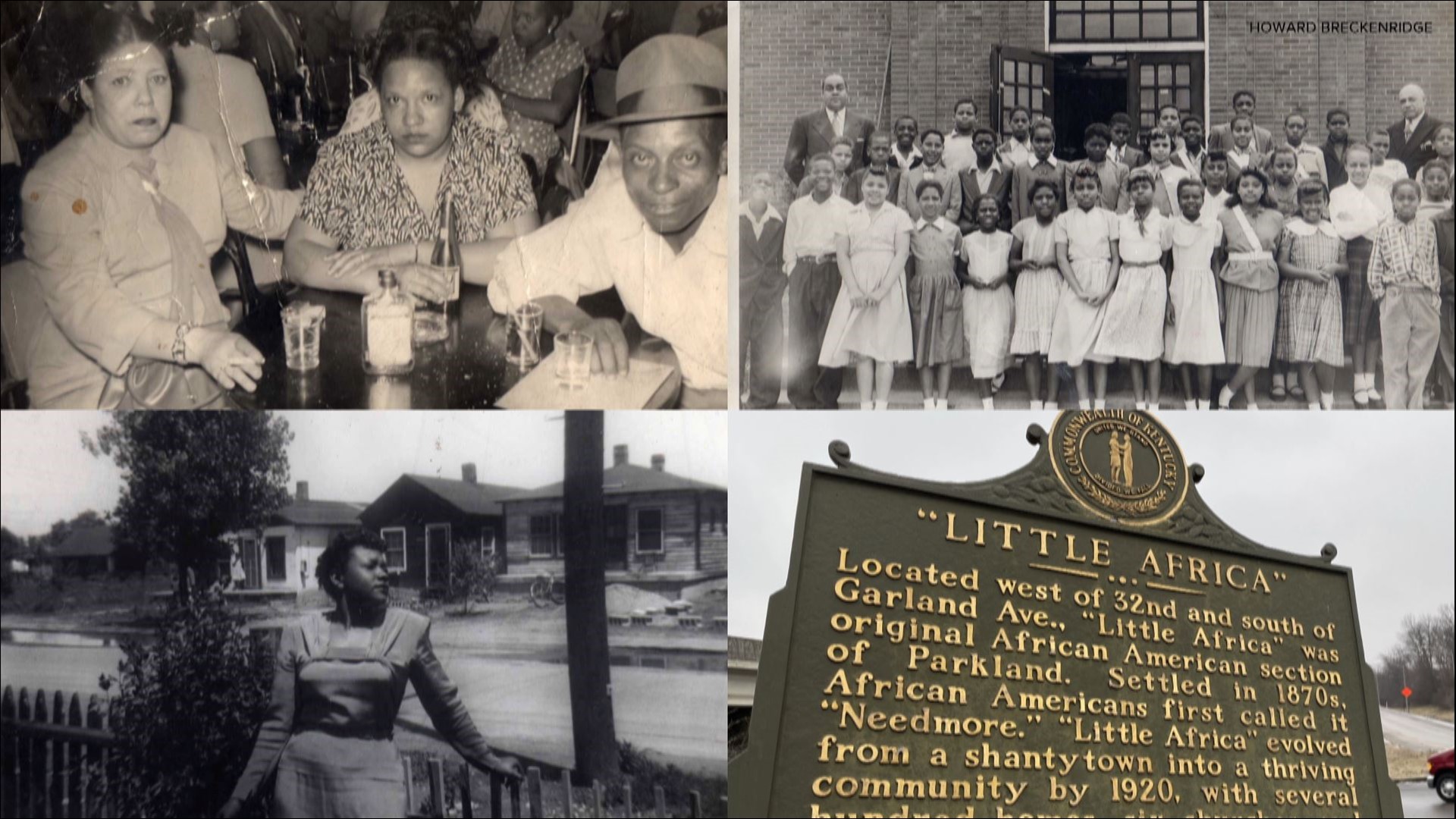 The town was set near what the community now knows as the Park DuValle neighborhood. It’s where freedmen and women settled after the Civil War and the Emancipation Proclamation.

It was described as a shantytown where many made do with what resources they had and eventually turning it into a thriving community by the 1920’s.

“My foreparents were the first Blacks to settle there in Little Africa years ago,” Howard Breckinridge, a former resident said. “We called it the gateway to the South.”

The 79-year-old, who now calls Texas home, grew up in the 1400 block of South 36th Street in the community.

“It was self-contained it had its own grocery stores, it had people who knew how to do a little farming, and it just had everything there,” he said.

Seventy-three-year-old James Dixon, also known as “Huss” grew up in the area also.

“Born and raised 1711 S. 37th Street Little Africa – that was me in the picture on the left side I was 12-years-old and that’s where everybody hung at right there,” he described.

Today, there are very few people who grew up in Louisville’s Little Africa that are still here to share their stories.

Breckenridge’s daughter Dominique has been helping him collect hundreds of photos of Little Africa.

“We played together. We got along together, [and] we had our own bowl diamond,” he recalled.

Every picture tells a story.

“Every day I walked out the door I can look down the street and both ways I see somebody the same color I was,” Howard said.

Dominique added, “I’ve heard these stories so many times growing up from the photos you can really sense a community aspect it’s a tight-knit community.”

There’s a historical marker on Virginia Avenue that commemorates the history of Little Africa. It says the town eventually became Parkland.

Breckinridge said Little Africa started at 34th Street and down to Southwestern Parkway and from Kirby Avenue to Algonquin.

“No streets are named after those people in Little Africa,” he said.

The town was booming with Black entrepreneurs, owning homes, running their own businesses, schools, night clubs, libraries – it was even a part of the State Fairgrounds.

“Any kind of trade they had it and they were good at it!” We was self-sufficient, they didn’t need the outside White people to survive,” he said.

Dixon added, “It’s people gathering to have a good time and that’s what it’s about.”

Between the 1940s and 1950s Little Africa started to disappear.

“They tried to do everything to hold it back this is our history I was born there 73 years ago! I know just about everything that was built down there and came through there, knew everybody that moved in there,” Dixon said.

Breckenridge believes the city would never let another Black community have that much power.

Breckenridge said, “The White people – had told the Blacks that we’re going to take the land imminent domain and we’re going to build new houses, we’re going to give you the opportunity to come back and buy those houses, but they never did that.”

Many deeds show residents in Little Africa lost their homes so the city could make room for urban renewal and to help build the Watterson Expressway.

Paperwork belonging to a resident named Agnes Daniels said she lost her home in Parkland in February 1950, the city paid her less than $5,000 for it.

A lot of those Blacks couldn’t survive because they had never been used to the debt and stuff like that so a lot of them lost those houses,” Breckenridge said.

“My mother had 16 kids, so it was very hard on her, but she made it. It was very interesting to see how that they could hold a community back.” Dixon said.

Today Breckenridge and Dixon are here to tell their stories to preserve a piece of history that was erased.

“To be 73 you’ve done been all the way around the world once and shook hands with everybody twice I’ve been rolling,” Dixon said with a laugh.

Dixon runs a resource center in the Park Duvalle neighborhood commemorating what was once a thriving town where African Americans worked together holding on to their freedom to create a brighter future.

“Let’s not forget one another, cause it’s our history. Little Africa is the history down there.”