The rich history of the 'Louisville Defender'

The 'Defender' was one of three newspapers that focused on stories that affected the African American community in the 1900s and it still runs today. 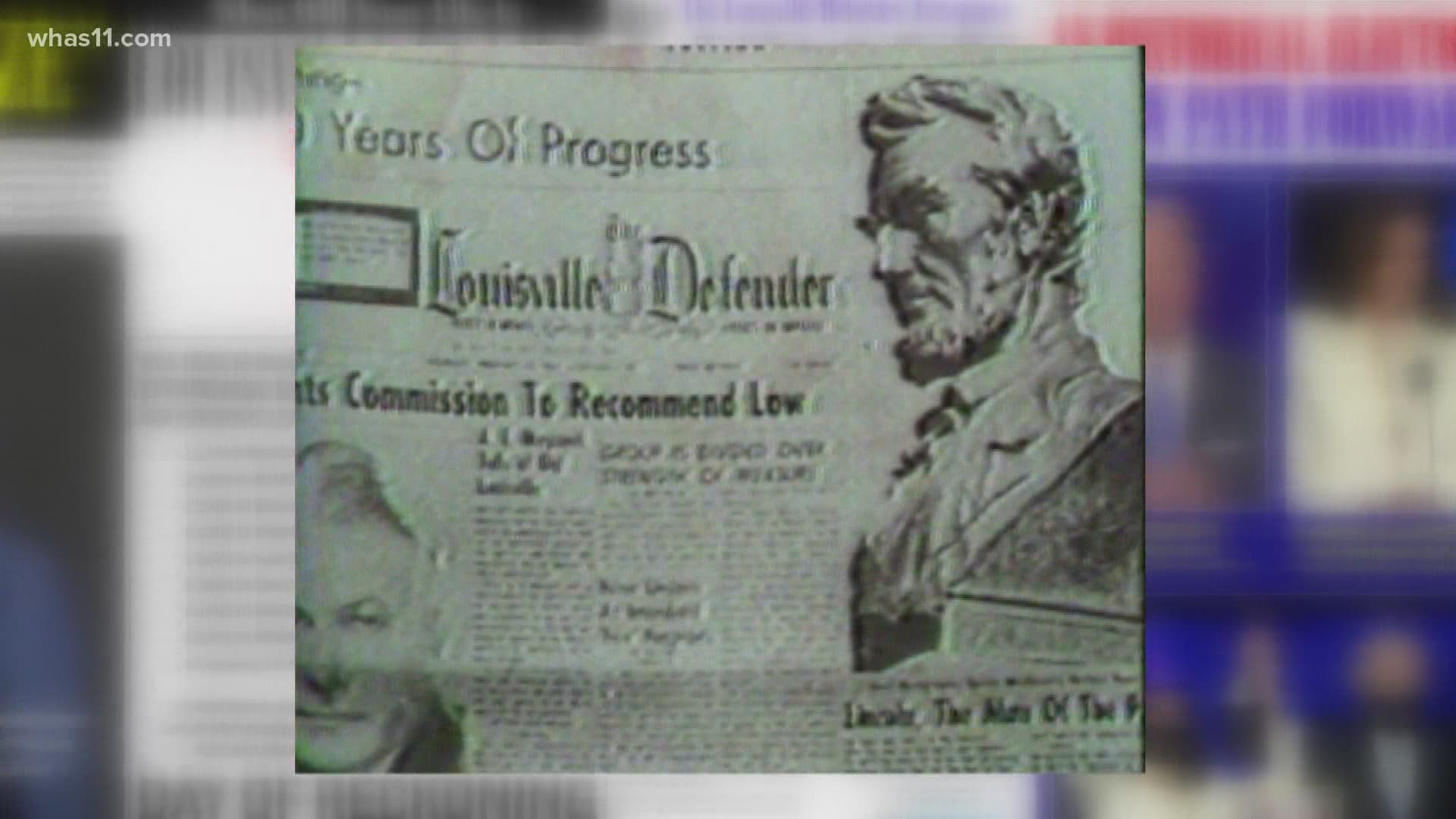 LOUISVILLE, Ky. — The "Louisville Defender" was one of three local newspapers that covered stories directly affecting the African American community in the early to mid-1900s - and it's still covering these stories today.

The "Defender" was founded in 1933 by Alvin Bowman of Louisville and John Sengstacke of Chicago. In 1936, Frank Stanley Sr. purchased Bowman's shares and would later write a nationally syndicated column in the 1940s called "Being Frank".

The paper gained regional appeal for the Louisville Black Expo. The expo showcased businesses and talent in the area. Plus, some of the biggest entertainers of the time traveled to Louisville for appearances and performances. They also hosted an annual family reunion, which still takes place in August at Shawnee Park.

Today, the Louisville Defender is owned by Clarence Leslie, who took it over in 1985. The paper continues to carry headlines covering in-depth stories like the Desmond Rudolph, Adrian Reynolds and Breonna Taylor cases.

The paper has also carried big stories on the inaugurations of the first Black President and Vice Presidents of the United States.

When famed photographer Bud Dorsey was on the scene, you knew the paper was represented. Even though Dorsey has retired, you can still see him capturing the biggest stories of our time.