'He wore the shoes of Dr. King.' | Rev. Louis Coleman's commitment to fighting for social justice

Whether it was in the pulpit or in the streets of Louisville with a bullhorn, Reverend Coleman pushed for change and equality. 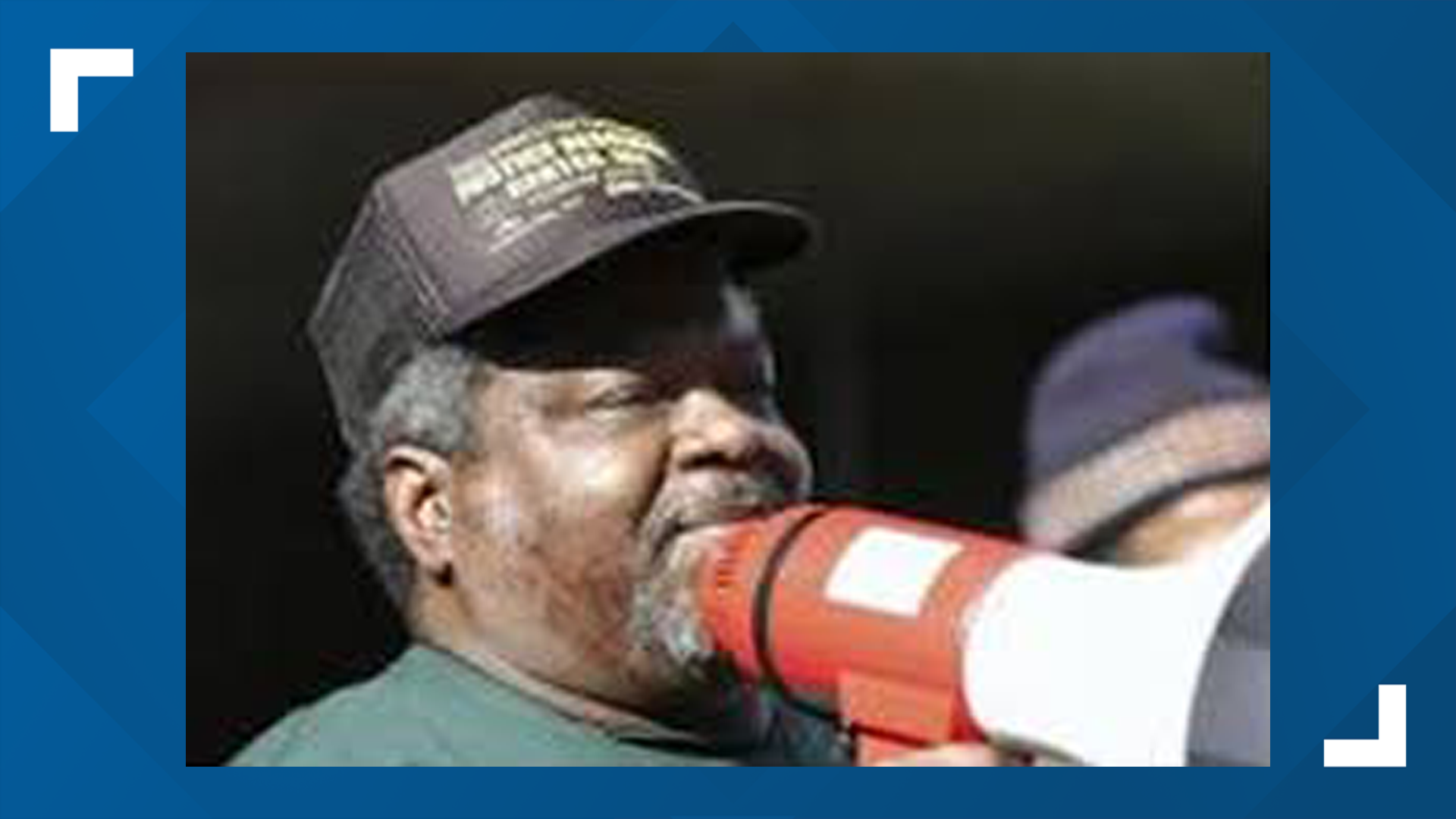 LOUISVILLE, Ky. — Reverend Louis Coleman used his faith and his love for the community to pursue his commitment to making the streets of Louisville safer.

Coleman grew up in the Smoketown neighborhood and attended Central High School and Kentucky State University, a HBCU. He served as the pastor of the Shelbyville Congregational Methodist Church for more than 20 years, but he was known best for his activism. He also was the pastor for 16 years at the First Congregational Methodist Church on 38th and Garland in West Louisville.

Coleman marched and protested so much that he traded in his dress shoes for running shoes so he could run a race for social justice. Armed with his bullhorn, he led and participated in protests in the streets of Louisville and beyond.

Civil Rights activist Mattie Jones said Coleman never used violence or vulgar language to get his point across, but he had no shortage of passion. Even if you didn't see him, you could certainly hear him.

Whether he was in the pulpit or out in the streets, Jones said Rev. Coleman was the same person - someone who walked his talk.

"What he preached about, he worked about in the streets every day," she said.

Throughout his life, Coleman pushed for change, fighting for equality and against discrimination. According to the Kentucky Commission on Human Rights, Coleman's intervention led to large monetary settlements for minorities, law and policy changes, and even the creation of an air-control program in Jefferson County. He also used his personal resources to help those affected by natural disasters, like Hurricane Katrina in 2005.

"This man was a man who gave all of himself," Mattie Jones said.

Whether you agreed with him or not, everyone could agree that the father, husband, grandfather, pastor, friend and leader of the Justice Resource Center wanted to be "loud and clear" about what he believed in.

The chants of "No justice, no peace" that are being used today in the streets of Louisville are an echo - and continuation - of Rev. Coleman's mission.

While he accomplished many things during his life, his legacy isn't measured by accolades. Rather, Coleman's influence is better reflected in the many people he mentored publicly and privately every day.

In a statement to sent to me, Reverend Jesse Jackon Sr. called Coleman his brother and said he "stood in the best tradition of freedom fighters within what Dr. King labeled 'The Beloved Community.'" Jackson worked with Coleman in 1998 when Louisville police officers were being prosecuted for using excessive force against unarmed Black men.

"Like the Biblical Joshua, Reverend Coleman was always fit for the battle at hand," Jackson said.

Symbols of the Civil Rights leader can still be seen today from the bus stop at the corner of South 15th St. and West Muhammad Ali to the street named in his honor.