The center has been in the Russell neighborhood for more than 10 years and looks to continue to their mission in sharing the community's rich history and stories. 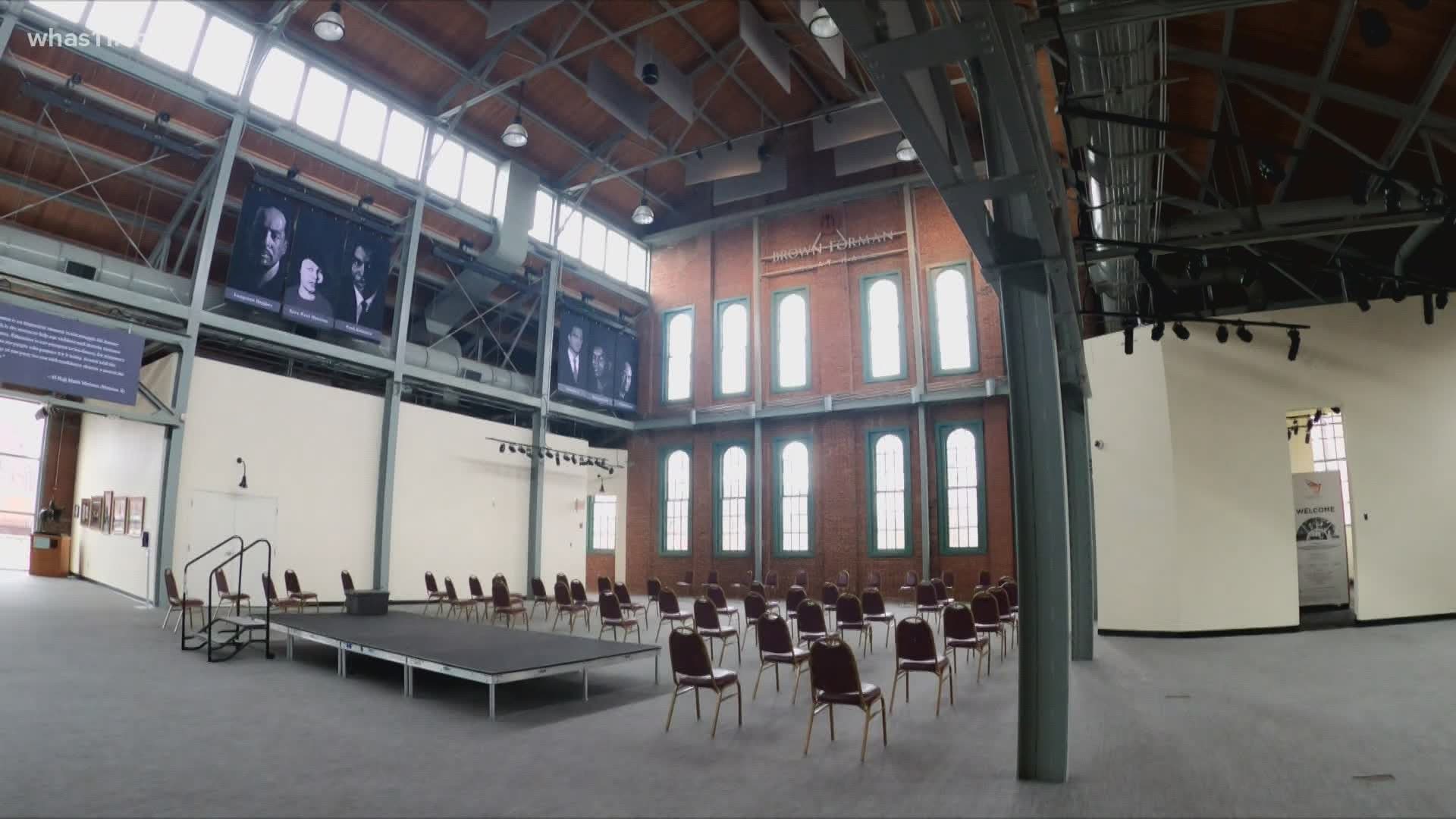 LOUISVILLE, Ky. — The building that stretches from the corners of 17th to 18th and West Muhammad Ali Boulevard in the Russell neighborhood is filled with history.

It was the former site of the Louisville Street Railway Complex or the Trolley Barn that served as a launching pad for the fight for transportation equality.

In modern times, it now houses the Kentucky Center for African American Heritage.

City leaders gathered with members of the community in 1999 discussing plans, hopes and dreams for the old building being made new. The center would highlight contributions of African Americans made to Louisville and the Commonwealth.

The mission was a simple one – highlight a history that had been silenced for too long and with four building and 6,800-square feet, the center set out just to do that.

Credit: WHAS-TV
FILE: An archival photo of the old Trolley Barn in 1999. The site would later be home to the Kentucky Center for African American Heritage.

Fast-forward to the center’s official opening in 2009. It wasn’t simple to get to there with the seeming endless delays, halted construction and made original plans obsolete. Then the center changed course, becoming focused on a future that could support the space.

“There have been a number of things that have happened that have been very positive,” Aukram Burton, executive director said.

Conventions and events brought in people and revenue.

In 2011, a state bill designated the Kentucky Center for African American Heritage as a quasi-state agency, placing it under the umbrella of Kentucky Tourism Arts and Heritage Cabinet. The move gave the center access to other state entities and brought opportunity.

“So now everything has been fully renovated here at the center – new flooring, the geology and oral history has been completed,” Burton said.

It was major progress and for the last decade, the center stood as a sister space to other area organizations focuses of promoting African American culture and history.

Today, Burton sees a much bigger future for the Louisville-based space.

"Given the social and political climate that we face as a state, I think we can play a very important role in the area of education. I think one of things that's lacking in our state is an understanding about African American culture and heritage," he said.

He wants to be a direct resource for schools, students and teacher training so the history that is relished and relived every day in the space is also taught to young minds, along with other history lessons.

"I think we need to be a little more inclusive in our educational curriculum that offered to our students and also our teacher training," Burton said.

Credit: KCAAH
Inside look at the Kentucky Center for African American Heritage

He says that's top of the list for post-COVID plans, closely followed by developing apprenticeships programs, community development and ramping the genealogy program.

"Once we get out of COVID, I really see the future being bright."

In a neighborhood rich in culture and on a block brimming in history, the center's mission to promote the stories silenced for far too long continues.