Allen broke barriers not only in the whiskey business but in the realm of the arts as well. 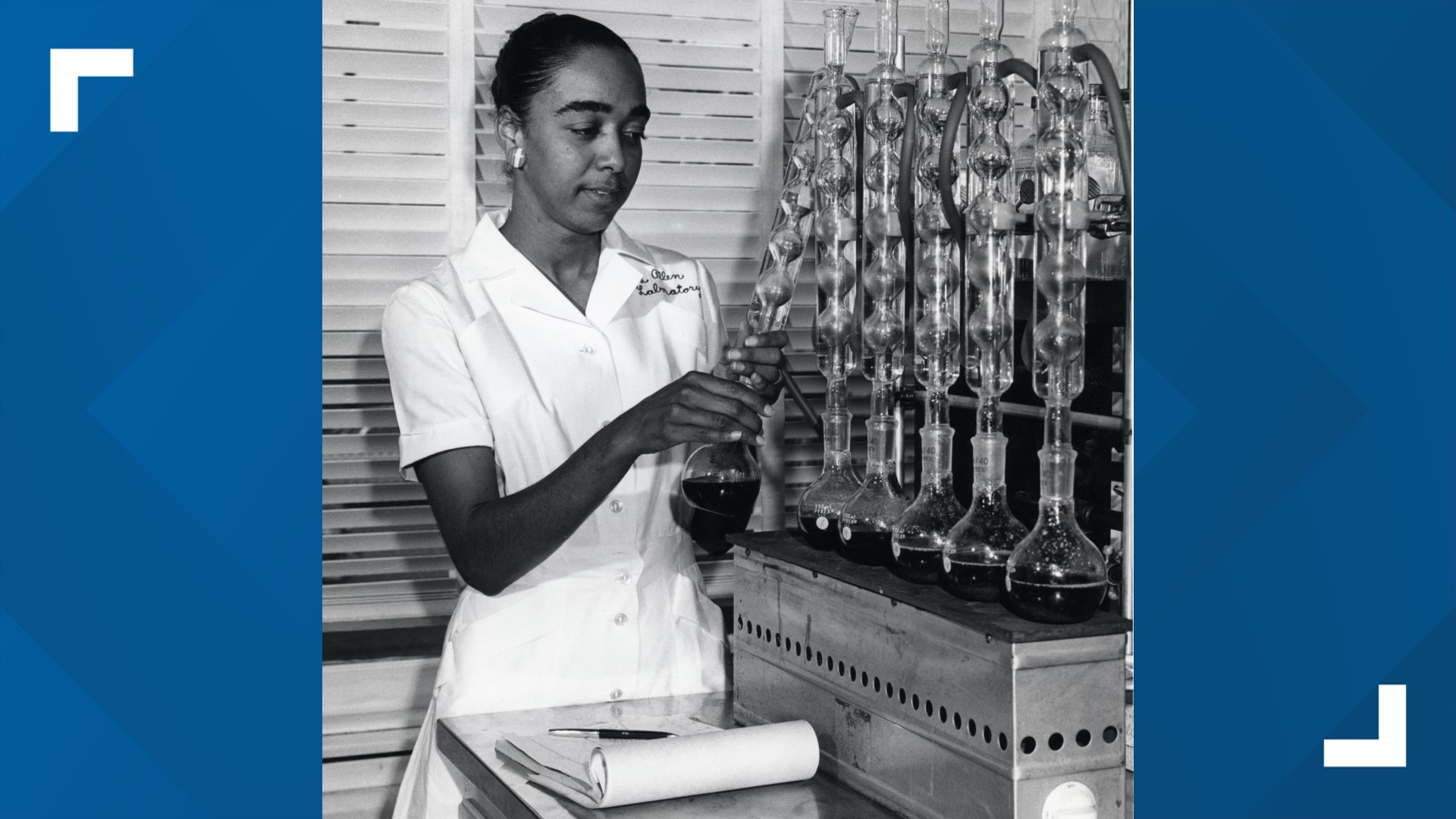 Allen said, as a chemist, she analyzed raw products that grow into making whiskey, corn rye and malt.

“I came along before computers came into existence before analytical things were computerized,” she said.

Allen grew up in Louisville’s West End and attended Perry Elementary, Madison Junior High and Central High School – she graduated in 1949 with honors. She then attended Louisville Municipal College with a focus on chemistry and mathematics.

She told WHAS11 News the college was formed in 1931 by the University of Louisville for African American students and closed 20 years later.

“When they closed, I went to Nazareth which is now Spalding University. The reason why white and blacks could not go to school together cause of the Day Law,” she recalled.

That law, signed in Kentucky in 1904, also prohibited schools from operating separate Black and white branches within 25 miles of each other. However, the law was deemed illegal due to the 1954 Supreme Court decision in the Brown vs. Board of Education case.

Allen, the mother of three, grandmother and two-time cancer survivor is a source of encouragement in trying times. She explains to those who feel defeated to start somewhere.

“I could not find a job as a chemist in Louisville. My first job was a clerk typist at Fort Benjamin Harrison in Indianapolis. I tell everybody, get a job - whatever job you get is better than no job at all,” she said. “I look at these young people now, they do not want to take a job that’s not in their field, but they don’t realize that you can learn a lot from whatever job you’re in.”

The ceramic and fiber artist is featured in a mural in the 900 block of South Jackson Street. It shows Allen as a child celebrating after selling the most Girl Scout cookies.

It was a proud moment for her, and it also helps others see when her drive for excellence began to develop.

“When you talk about the mural, that mural you see my mother, my grandmother, and me when I was nine years old,” she describes with pride.

Allen has been a member of the first African American sorority, Alpha Kappa Alpha for 70 years and she’s experienced a lot in her lifetime.

I asked her a series of questions of 'yes' or 'no' questions. Here were her responses:

Sherlene: So you lived through segregation?

Sherlene: You lived through civil rights?

Sherlene: You lived through multiple wars?

Sherlene: You experienced and lived through the assassinations of Dr. King. President Kennedy, Medgar Evers and Malcom X?

She adds, “It was something else to see Obama when he took the inauguration. And when you sit down and think that now you’ve had an AA president and now a female vice president and I never thought I would see either one of those in my lifetime.”

Elmer’s artistry can be seen at Gallerie Hertz at 1253 South Preston Street in Louisville from Jan. 23 through March 20, 2021.

Masks and social distancing are required.