Since 1969, the Carl Braden Memorial Center has hosted meetings to develop plans to dismantle systemic racism. 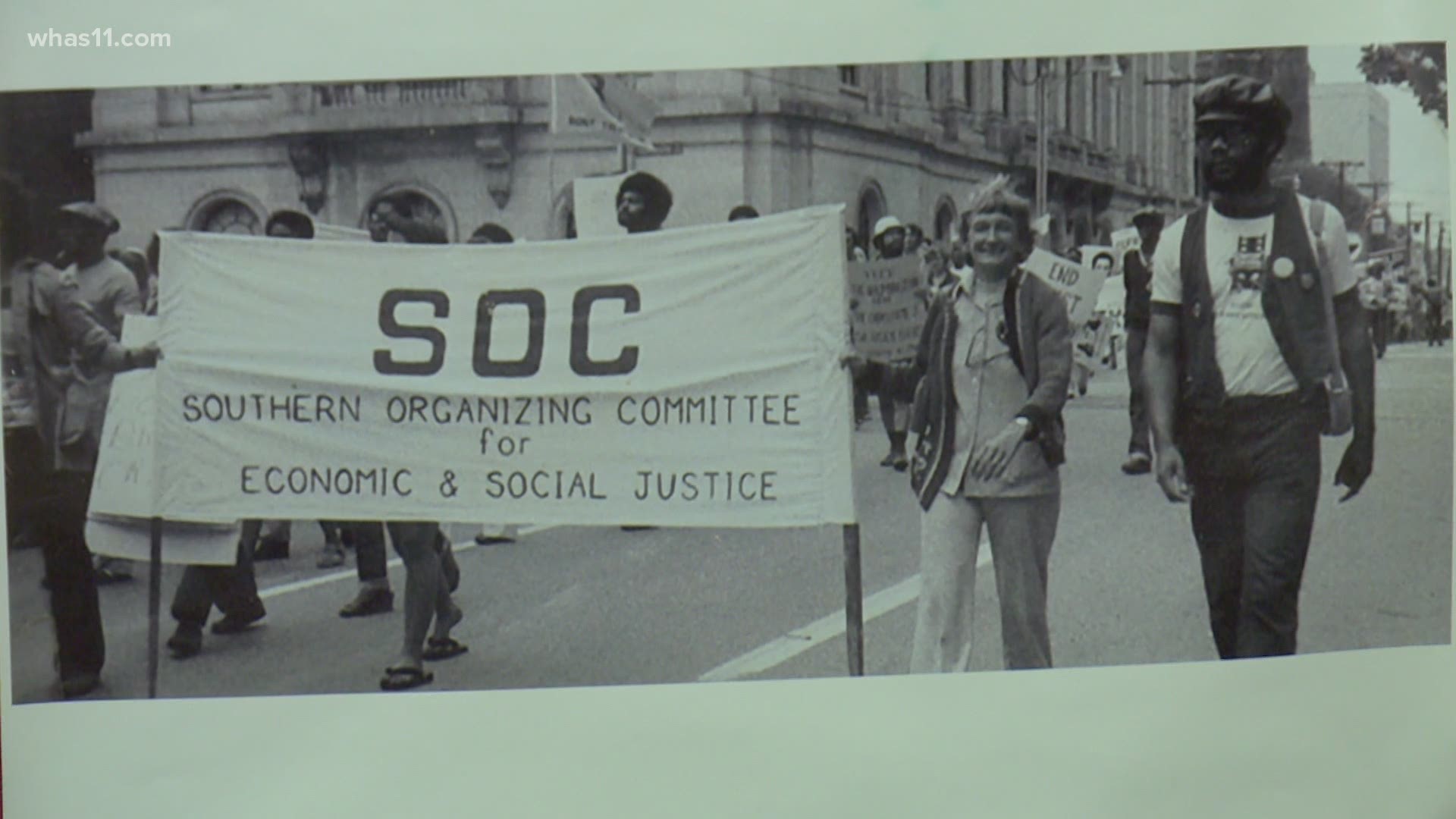 LOUISVILLE, Ky. — When you step across the threshold of the Carl Braden Memorial Center, you walk into a rich history. Pictures and posters cover the walls showing the original Black Panther Party, Angela Davis and Ruby Dee; the building also displays a current fight for justice with a banner of Breonna Taylor’s name.

Since 1969, the Carl Braden Memorial Center has hosted meetings to develop plans to dismantle systemic racism. A white couple, Carl and Anne Braden, are behind it.

“Anne was on all issues when it was wrong, when it had an effect on human beings,” Mattie Jones, a Civil Rights activist and friend of Anne Braden, said.

Inside the West Broadway building, groups met, organized and planned during the Civil Rights movement and the history resonates for those protesting now. For those advocating for social justice like Shameka Parrish-Wright, this center is their home.

“It’s history, it’s love, it’s community,” Parrish-Wright said, when asked about how it feels to be inside the center. “It’s all the things when you walk in there.”

Originally, the center was two buildings but it is now down to one. However, the amount of space is not a reflection of the amount of work.

“We’re an unfinished nation,” Cate Fols, Anne Braden Institute director said. “I think that’s what we all strive for: the day when true freedom and equality will come, but we still have a long way to go.”

The building, which was given a historical marker in 2019, stands and the work inside, for people like Shameka, continues.

“It’s been timeless, and it means a great deal to the community to keep it going, it’s the epitome of keep going,” Shameka said.

The Carl Braden Memorial Center hosts weekly press conferences every Sunday at 10 a.m. This is how they update the community on what’s going on to end racist practices in Louisville.