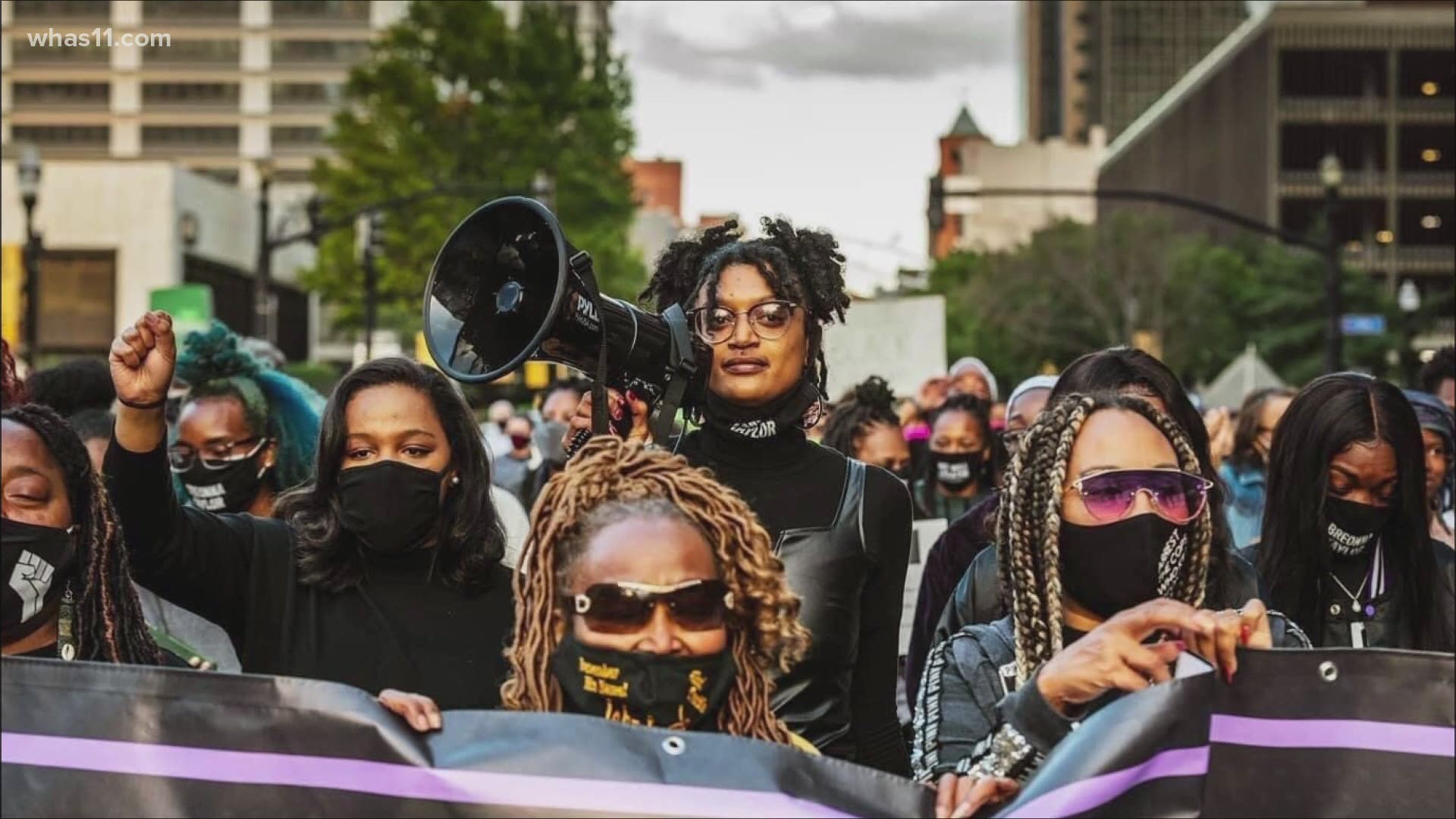 LOUISVILLE, Ky. — Following the death of Breonna Taylor in March 2020, many in the Louisville area took their fight for justice to the streets — marching, chanting and protesting. As demonstration continued, new community leaders and diverse voices emerged.

Carmen M. Jones describes herself as a number of things.

"I am a Black woman. I'm a sister, I'm a daughter...I'm a mentee, I'm a mentor," Jones said. "I'm an actionist. I'm boo-ghetto. I'm sophista-ratchet. I'm classically hood — I am everything society doesn't want me to be and more."

Jones owns those titles, wearing them like a crown on her head. But 2020 gave her a new title: she is a leader of the movement.

A military kid, Jones moved from state to state while growing up. She attended four different high schools — one of them 45 minutes away from Michael Brown was shot and killed.

"I was too young, I couldn't do anything...my grandmother wouldn't allow me to," Jones said. "It really did something to me and not being able to go protest, caused a personal hell inside me to go on."

That moment sculpted her, preparing her for another difficult moment: the night Breonna Taylor was shot and killed by Louisville police.

When the protests began, Jones' leadership emerged. Jones is a member of the Kentucky Alliance Against Racist and Political Repression and founded the Black Women's Collective in the summer.

"If this summer didn't teach me anything, it taught me that as long as you're rich in community you will forever be wealthy," Jones said.

She became a mother in the streets, doing what she could to make sure everyone had what they need to continue the fight for justice.

Unlike her days in high school, there are no restrictions — she has nothing to lose. She owned her voice and was surrounded by support.

"I'm no longer asking for you to see that my life matters, I'm now demanding it," Jones said.

Jones said she has been preparing to be a part of this movement her entire life, understanding it is her purpose. She speaks about fellow protesters with love, saying they "mean everything to me."

While it is a new year, Jones' work is not over. Now owning who she is and embracing her roots, she is leading the liberation.