The coffee shop's mission is to provide people with intellectual and developmental disabilities an opportunity to work and provide for themselves. 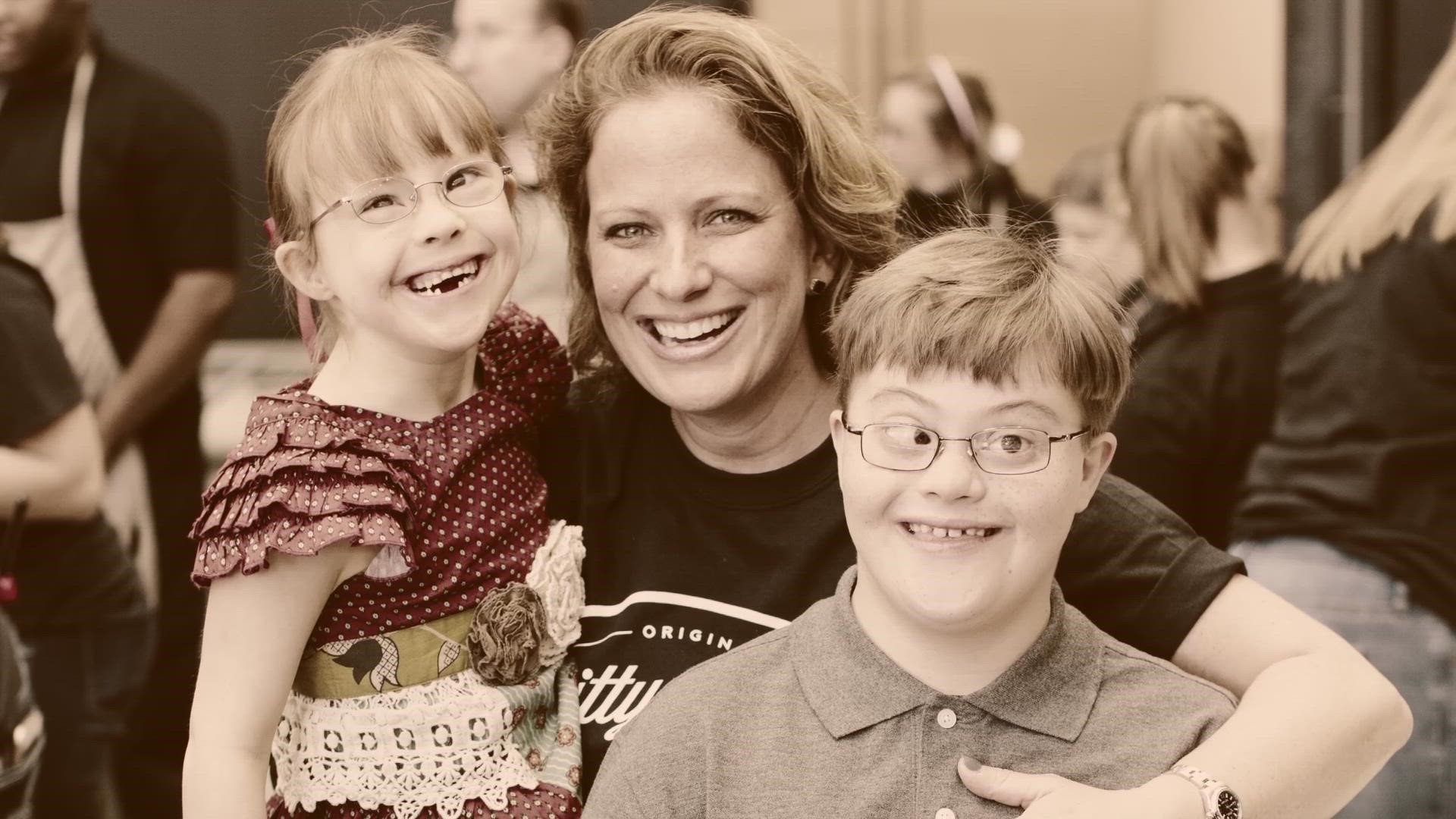 JACKSONVILLE, Fla. — There will soon be a unique spin on your regular stop to grab a cup of Joe in the River City.

You may have heard of Bitty and Beau's Coffee before on social media or have visited one of their shops across the country for yourself. Maybe you heard of them when one of their owners, Amy Wright, earned the CNN Hero of the Year Award in 2017. The company, started by Wright and her husband, employs individuals with intellectual and development disabilities.

They opened their original shop in January of 2016 in Wilmington, North Carolina. The Wright family wanted to make a difference in their community as they were inspired by their two children, Bitty and Beau, who have Down syndrome.

The first shop was a 500 square foot place run by 19 employees with disabilities. Also, the original name was "Beau’s Coffee." Bitty was added to the name shortly thereafter for Beau's 12th birthday so his little sister's name could be put up in lights, too. The shop created a path for people with disabilities to become more valued, accepted and included in the community. The Wright family's vision spread like wildfire.

Bitty & Beau can't wait to tell you where the next Bitty & Beau's Coffee will open!

“There isn’t a person that comes into our shop and doesn’t have a transformative experience," Wright said.

Fast forward to 2021, and the Wright family now has a Bitty and Beau’s Coffee in about a dozen states.

“I believe you don’t care about what you don’t see," Wright explained. "For so long people with disabilities just weren’t seen or heard. So, here they are front and center, from the time you walk into the shop until the time you get your drink. You have this wonderful interaction with our employees that you can’t unsee. You leave our shop with this new perspective.”

They’ve grown from a tiny shop more than 5 years ago to hiring hundreds of individuals with intellectual and developmental disabilities on top of owning six corporate shops and announcing 16 franchises, one of which will soon be right here in the River City.

“There are certain cities in the country that have been reaching out to us repeatedly and Jacksonville has been top of the list," Wright added. "People there I think are so ready for Bitty and Beau’s Coffee. I know [Jacksonville has] a great talent pool that will staff our shop.”

Wright says a shop typically employs 20 to 30 people with disabilities in addition to a small support staff.

And taking it back to her original vision…

“I hope to have a Bitty and Beau’s in every city in America,” Wright said proudly back in January of 2016.

Sure enough. The Wright family is well on their way.

JACKSONVILLE LOCATION DETAILS? Wright says the local family is scouting out locations for the new coffee shop and there has yet to be an opening date announced. When they know those details, they will be posted on social media and emailed out to subscribers.