Bevin vows to take on ACLU in abortion bill fight

"We will continue to fight for life," Bevin said via Twitter on Sunday. 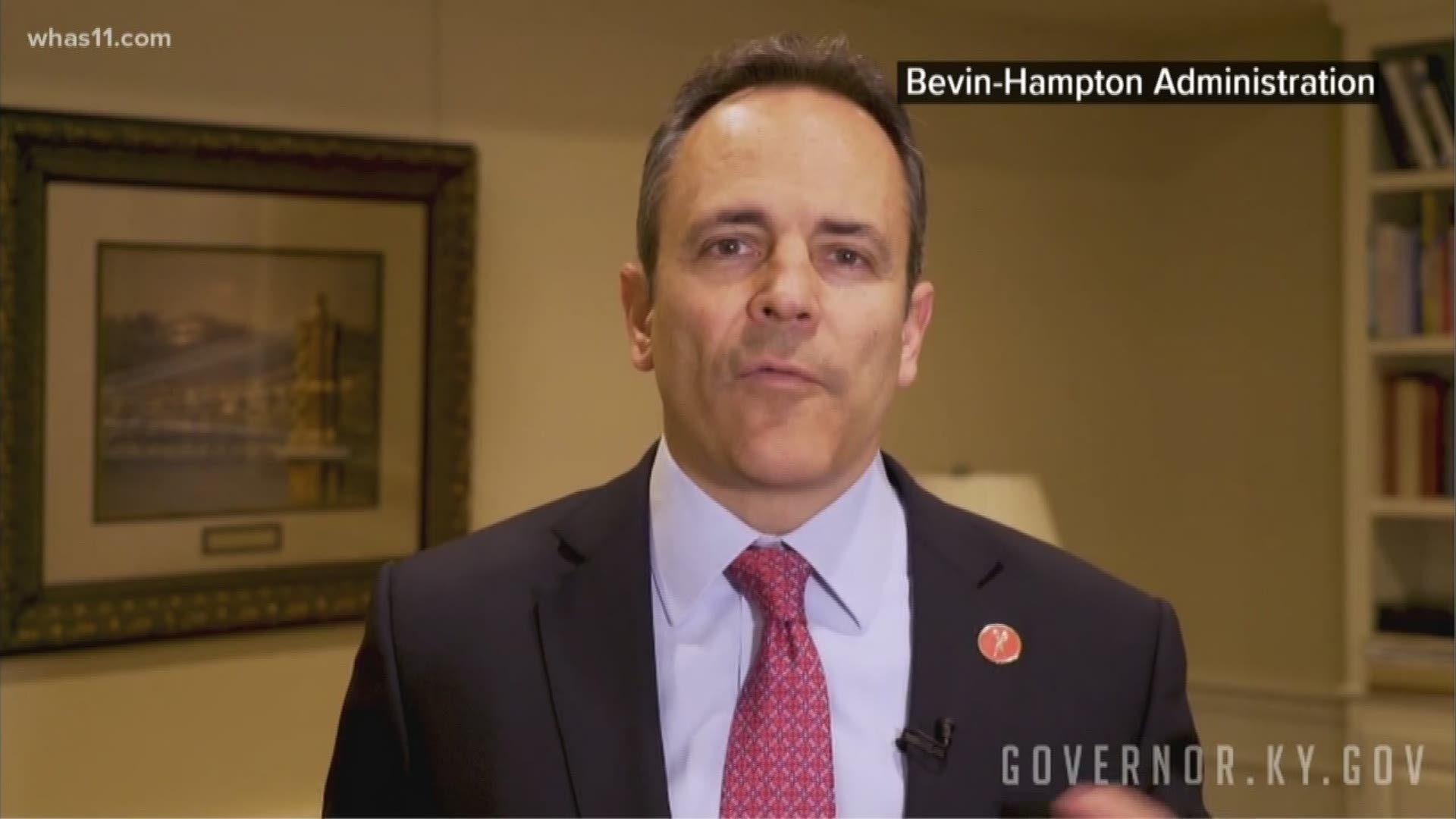 LOUISVILLE, Ky. (WHAS11) – Governor Matt Bevin says he plans to fight the ACLU after a judge issued a temporary restraining order blocking House Bill 5, which would ban abortions for women seeking to end their pregnancies because of the gender, race or disability of the fetus.

Bevin continued his attack and made claims that Attorney General Andy Beshear has remained silent and is supposed to “defend the laws of Kentucky” after House Bill 5 was challenged by the ACLU.

The comments section on the YouTube video were disabled.

Kentucky Republicans have taken aggressive measures on abortion since taking control of the statehouse in 2017.

The ACLU believes that this law would strip a woman’s rights to have an abortion in the state if it doesn’t approve of her reason for seeking the care.

Doctors found to have violated the measure would face a felony and the loss of their medical license. Any clinic where the violation took place would also be stripped of its credentials.

"We will continue to fight for life," Bevin tweeted.