Rep. Robert Goforth took nearly 40% of the primary vote but has yet to speak with Bevin and remains undecided on reelection support. 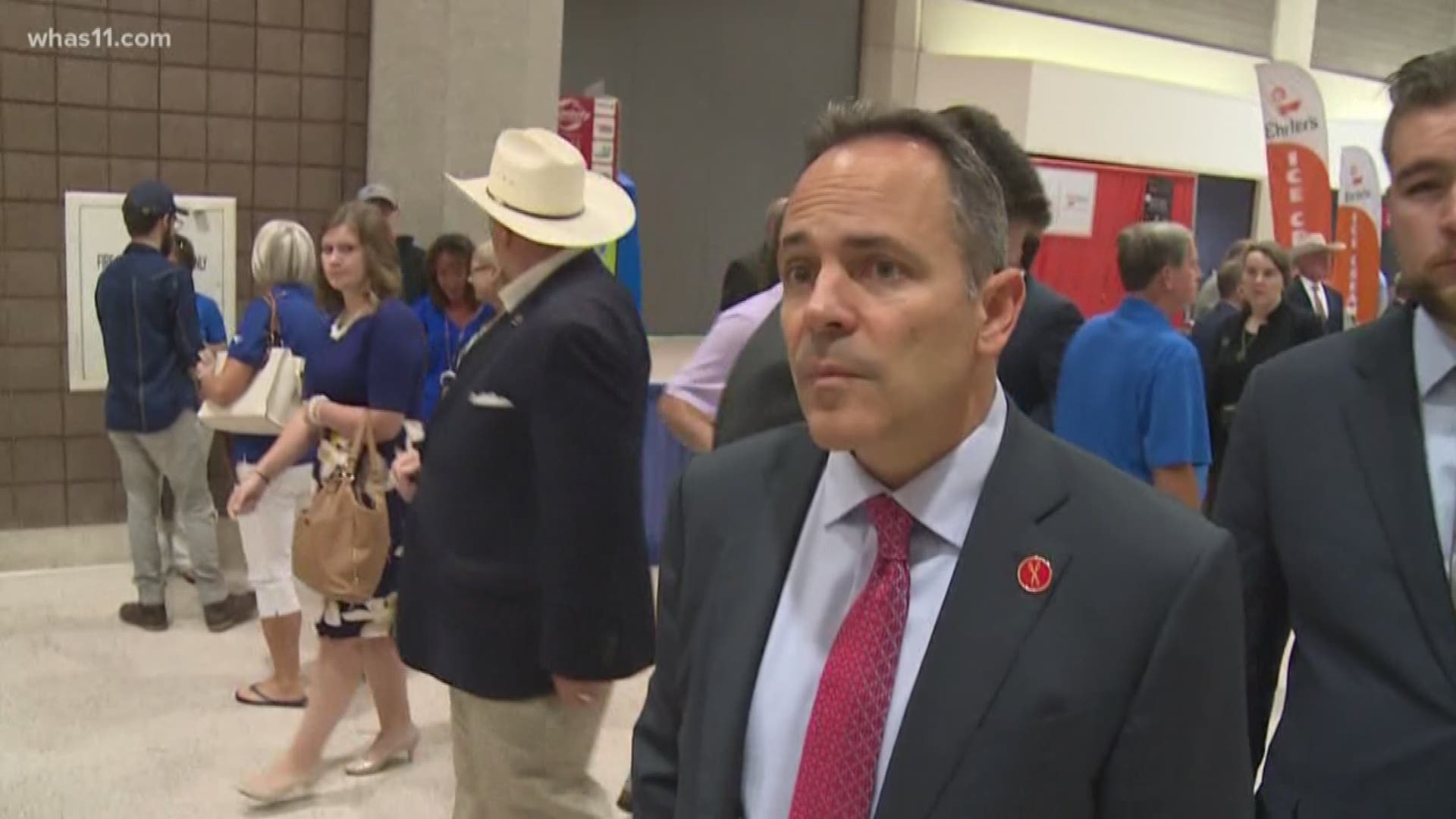 LOUISVILLE, Ky. (WHAS11) -- Hours after Air Force One departed from Louisville Governor Matt Bevin was all smiles at the Kentucky Farm Bureau Ham Breakfast but showed no support for his former party rival.

The governor spoke at Thursday morning’s breakfast where he told the crowd to vote their values. Both Bevin and his primary challenger, Representative Robert Goforth, were asked about November and it was evident the two haven't spoken about it.

Goforth, who represents House District 89, garnered nearly 40 percent of the Republican vote in his primary effort, but Bevin feigned unfamiliarity, answering, “Who?” when asked if he had seen Goforth nearby.

Goforth told WHAS11 he plans to support the Republican party in November, but wouldn’t say for certain whether he would vote for Bevin or not.

“We’ll see when that time gets here," Goforth said. “I’ve made it very clear that I’m supporting the Republican party in November and I’ve been out to support many other candidates on the ballot for November."

The primary wounds were clearly raw as the Laurel County Republican claimed the governor has never reached out to bridge their differences.

“As of right now he has yet to do so. Maybe he doesn’t feel as though he needs to,” Goforth said, with the governor standing nearby. “I've got other business to attend, I don't have to track him down. If he wants to speak with me, he knows how to get a hold of me.”

Bevin, made aware by WHAS11 of Goforth’s vague support for the November ticket, continued the act.

“Who's that?” Bevin said. “I'm sorry, it's a name so easily forgotten. Thanks, guys. Enjoy the ham breakfast.”

Inside the ham breakfast Representative Goforth took his seat in the back of the room, while Governor Bevin took his at the head table.

During his address, Governor Bevin spoke of elections with this insistence: “I would encourage you, please, regardless of how you're registered, vote your values and not your party. But do vote! Do vote!”

He received a standing ovation from a majority of the crowd. Our cameras were blocked from a view of Goforth’s reaction.