'I felt my son and I know other people felt their children.' | Grieving moms honored on Bereaved Mother's Day

A mother whose son was murdered and a local artist teamed up to give a gift to bereaved mothers in Louisville on Sunday. 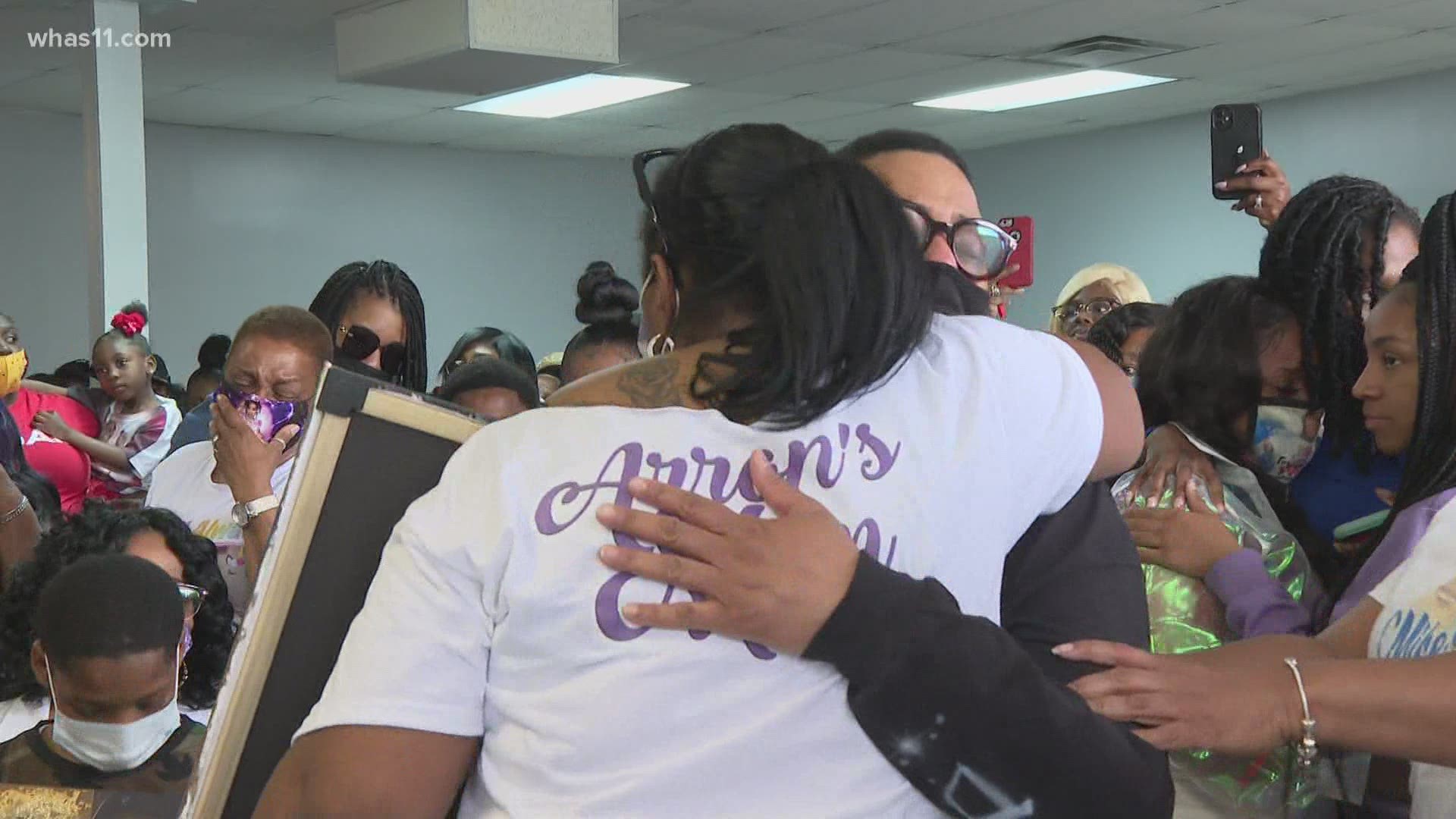 LOUISVILLE, Ky. — One week before Mother's Day, Bereaved Mother's Day officers a space for moms who will have one less kid at the table next Sunday.

Nicole Cowherd knows that pain firsthand. "Every day is hard," she said. "I go through life every day without my son, and it's hard."

That's why she wanted to do something for other mothers in her shoes.

After talking with local artist Tashi Woods, Cowherd decided to bring together bereaved mothers in Louisville and honor them with portraits of their lost children.

"I've overcome my battle with losing a loved one and I want to help other people do the same," Woods said.

Latarsha Burns said she was overjoyed to see the painting of her son Rodrick Burns Jr., "he was my everything."

Beyond the portraits, the mothers were able to sit beside moms who had walked a mile in each other's shoes.

Bruns said it was a combination of joy and sorrow, "to share the pain that, you know, you go through and you experience, with people who experience and go through that same pain."

Some even said they could feel their kids in the room with them. "I felt my son and I know other people felt their children," Cowherd said. "The spirit, it was just with us."

The event was open to all grieving mothers, but the majority had lost children to gun violence.