Dry docking the Belle of Louisville was not part of Mayor Fischer's budget plans for the next fiscal year. 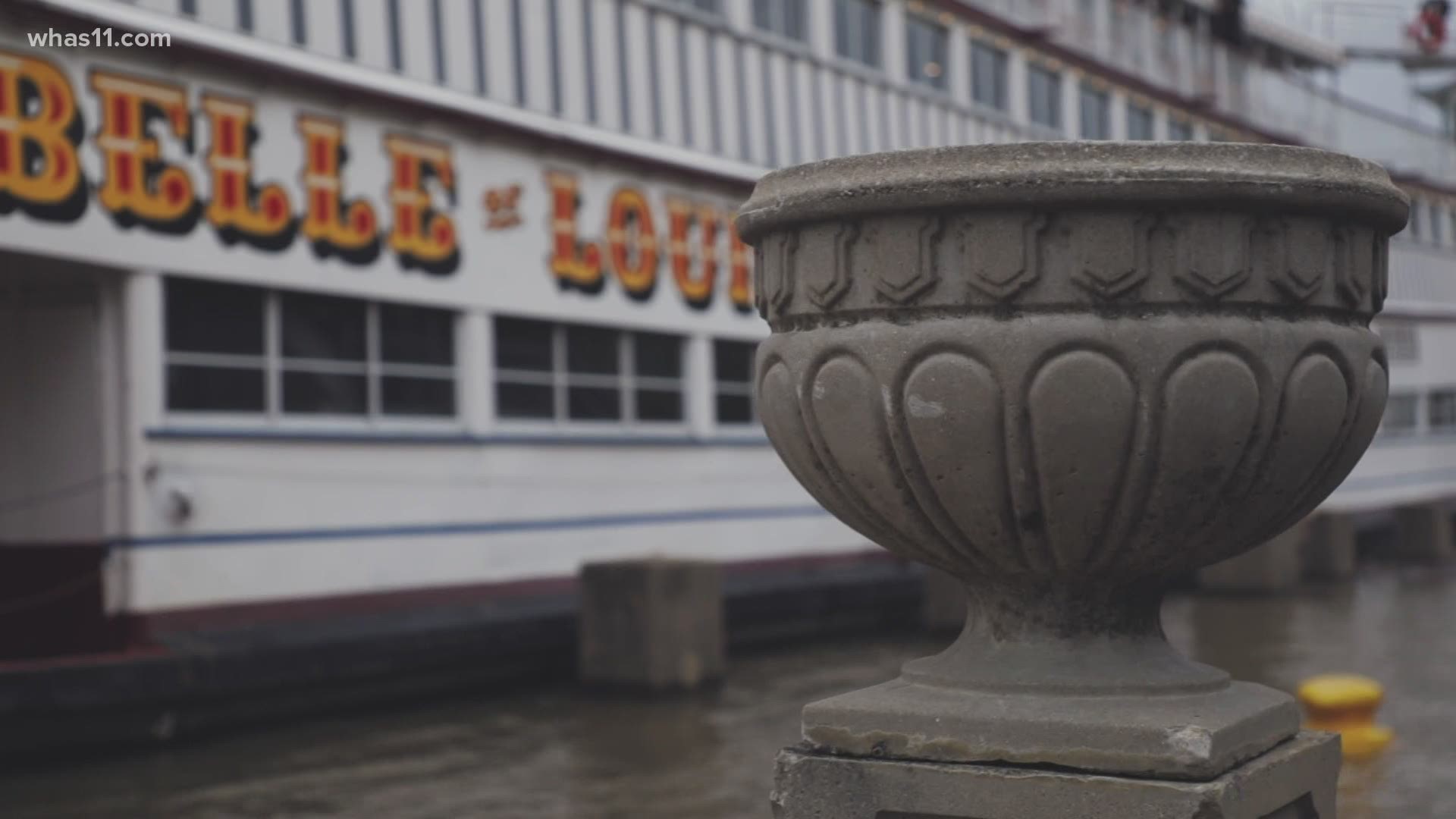 LOUISVILLE, Ky. — A $1.2 million project to keep a beloved city icon afloat is now in jeopardy after Louisville Mayor Greg Fischer announced his plans for the next fiscal year.

The steamboat, now over 100-years-old, has called Louisville its permanent home since it was purchased by Jefferson County Judge Executive Marlow Cook for $34,000 in 1962.

"Most steam boats their life span is 5 years, the belle is 105 years old," CEO Krista Snider said. "She has lasted this long because she has been babied and cared for and maintained religiously."

The cost of keeping the boat running has gone up since that time, with Metro Government spending roughly $528,000 out of their operational fund on the Belle every year.

Last year, that money was partially donated by Louisville Tourism and the rest subsidized by Metro Government. But the 2021 fiscal year, starting July 1, will require more money than usual.

RELATED: The history of the Belle of Louisville

"The Belle and the Mary have to go to the dry dock every five years as mandated by the United States Coast Guard," Snider said. "That dry dock fee has been taken care of by the city for years since the city purchased the boat in the 1960s."

The dry dock certification allows the Belle to continue business, but it also costs roughly $700,000. That money was not accounted for in the budget. Now, city council members said they are working to find a fix.

"We're 26 council members, and what we're doing now is and will continue to do through June is work with our budget chairman," council member Barbara Sexton-Smith said.

Snider said she has a plan for the Belle's future to make it self-sustaining, where Metro Government will not play a role, but that plan is down the road and the funds are needed this fall.

With $28,000 already secured, Snider said she is hopeful Metro Council will stick to their word and help figure out a way to keep the Belle's sails going.

"We will not say good bye to the Belle, we're going to say hello tomorrow," Sexton-Smith said.

The boat's tourist season usually starts in April and lasts until June, but COVID-19 has caused them to reopen their doors on June 8. Snider said they hope some of that revenue will help going into the next fiscal year.