"Sitting on top of this plastic shelf with other little trinkets was a flag with someone's name and a date and it definitely looked out of place." 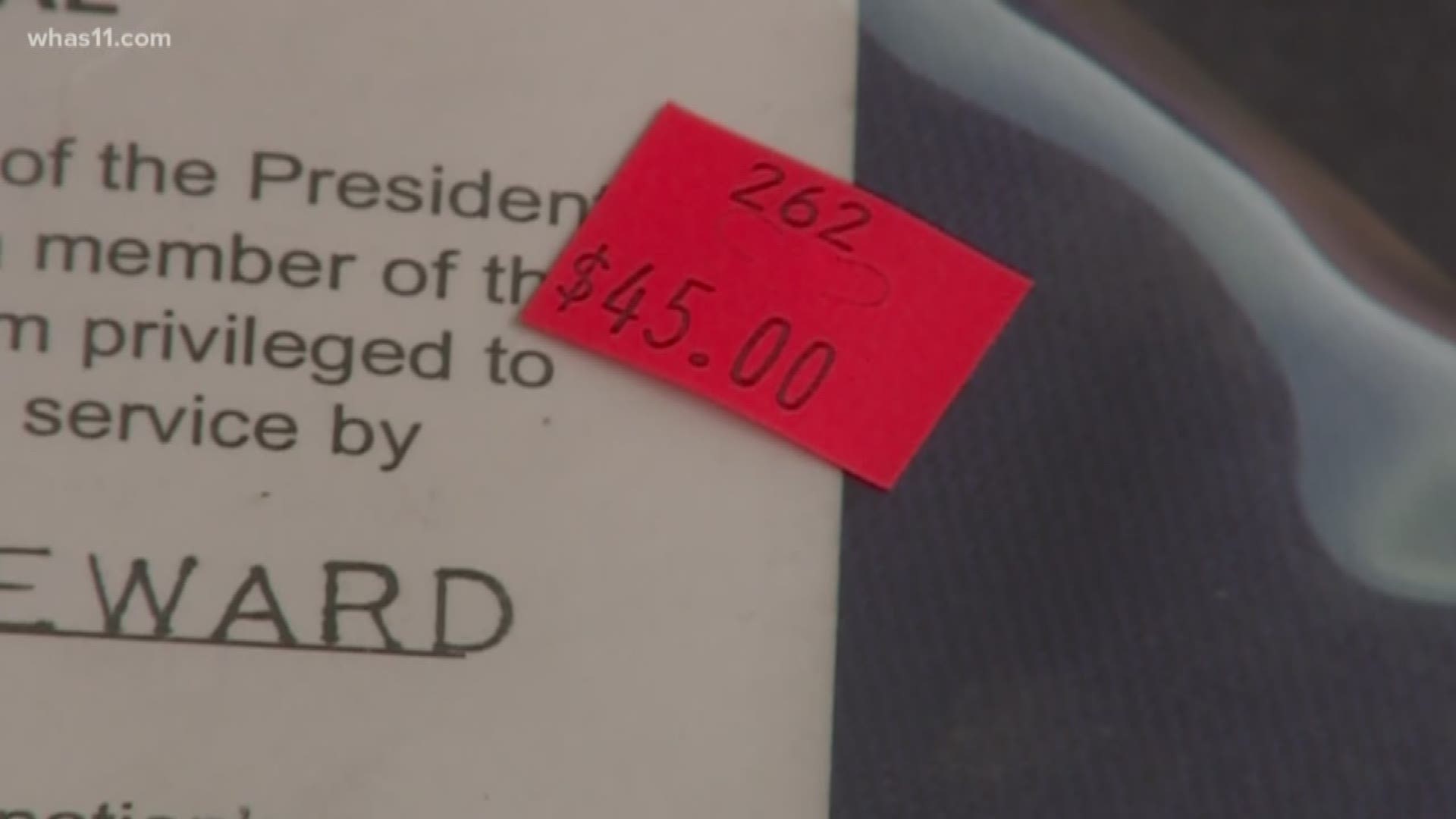 BARDSTOWN, Ky. (WHAS11) -- The American flag is at its core a piece of cloth dyed red, white and blue, but it stands for so much more.

But some flags carry a little more weight, like the one Marks found in the back of a Bardstown peddlers mall.

"Sitting on top of this plastic shelf with other little trinkets was a flag with someone's name and a date and it definitely looked out of place," she said.

The name was Samuel A. Steward, whom Marks later found out served in the Army.

If seeing a soldier's memorial flag in a peddler mall booth was not enough, something else caught Marks' attention and gave her a sick feeling in her stomach: an orange sticker that simply read "$45."

"How do you attribute any kind of value to something like this to say, 'Okay, this is worth X amount of dollars. I'm going to try and make this money off it,'" she said.

Marks went back to the mall a few days later and bought the flag, spending the next several days searching for Steward's family. After several days of finding dead ends - the local VFW could not find the family and their White Pages search also turned up disconnected numbers - Marks finally got in touch with Steward's nephew, the flag's owner who lives in Petersburg, Indiana.

Katie Marks found a flag belonging to an Indiana servicemember at a peddler's mall.

Marks said Steward's nephew told her his family had fallen into financial troubles after a personal tragedy and was not able to continue paying for the storage unit where the flag had been kept.

"The storage unit that they had ended up being one of those that had to get pushed back to the side. The storage unit contained the flag along with birth certificates and old family photos, and they lost it," she said.

Marks is planning on making the three-hour drive to Petersburg to return the flag to the family, but she also wants to help them out even more. She has set up a GoFundMe account and is asking the community for help, hoping to give the family some financial aid during their tough time.

"You almost feel an emotional connection to the name, to the person behind the flag," she said. "Every soldier deserves to go home."